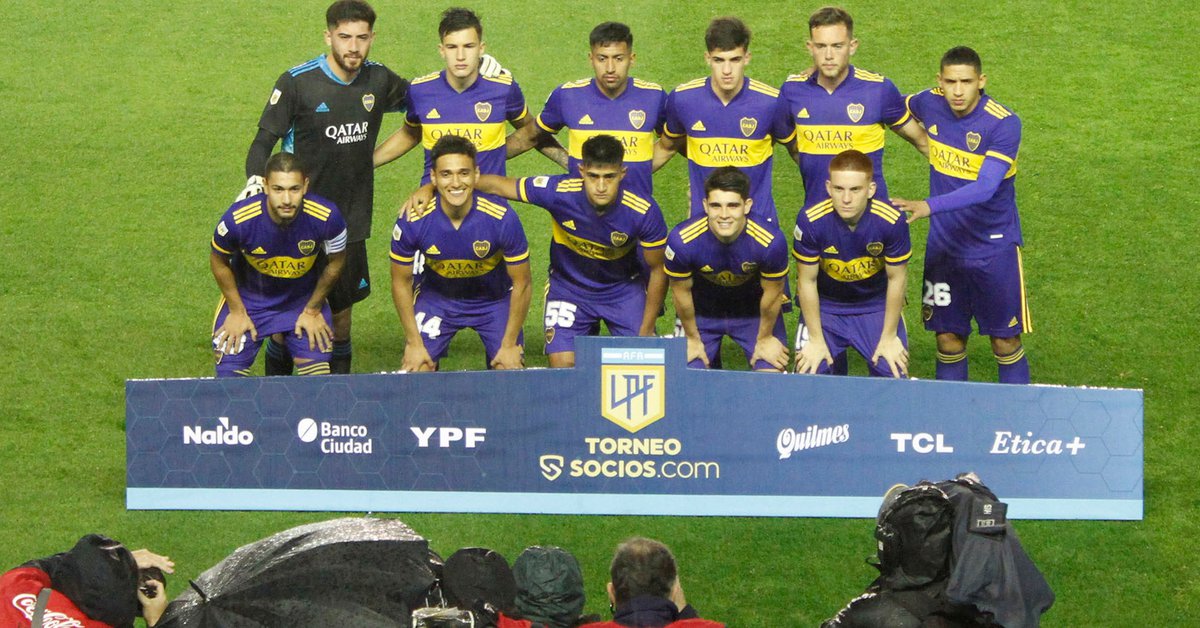 The present of Boca Juniors is really alarming. Behind the defeat to Estudiantes from La Plata, the team march to a point of last place in the standings of the Professional League and accumulates ten games without victories, equaling the worst historical streak of the 1957 season. Not only that, of the last 16 games he only won one and in 12 games he did not score goals.

In terms of efficiency, one fact is even more discouraging: he accumulates 710 minutes without scoring a goal, since the goal against Argentinos Juniors was Miguel Torrén’s against. The last time a Boca footballer scored a goal was on the first date of La Liga Profesional against Unión de Santa Fe, by Agustín Obando. And much worse if you add the lapidary statistic of Norberto Briasco, one of the reinforcements, who has not kicked at goal for 458 minutes (six games).

In this context, and while the fans point not only to the Soccer Council chaired by Juan Román Riquelme for the lack of a 9, but to the coaching staff that he heads Miguel Ángel Russo for not using the youths who were performing so well, such as the cases of Alan Varela, Cristian Medina and Agustín Almendra (he recovered from an injury), the leadership xeneize it would have detached two jewels from the lower ones. They are about Balthazar Bernardi and Gian Franco Salerno, according to the journalist César Merlo.

The two footballers go to football in Cyprus. Balthazar Bernardi, central defender of the reserve category 2001 and holder before Banfield and San Lorenzo for the present Professional League, signed his first contract with Boca to play on loan at Akritas, without charge or purchase option. Meanwhile, Gian Franco Salerno, forward category 2003, will play in Pafos, that since it had no link with Xeneize secured 50% of its token. The youth agreed to a contract for two seasons.

Although the regulations stipulate that the club must sell in order to incorporate, in Boca they await the approval of the AFA as a result of the aforementioned transfers. Also, wait for what may happen with Sebastián Villa, who continues in Colombia and in conflict with Xeneize.

The main center forward appointed by the Council of Soccer to incorporate as reinforcement if it receives the approval of the AFA or accepts the transfer of Villa (the Bruges club of Belgium improved the offer), he is still Juan Ignacio Ramírez. For the 24-year-old forward who works in the Liverpool of Uruguay everything is agreed and they are only waiting to be able to free a quota to add it.

“I hope that my pass can be resolved in the next few weeks so that I can settle in and continue to grow in my career. I am controlling anxiety. I know there are options and that takes a few days. Today I’m stuck in Liverpool ”, expressed in an interview with the Uruguayan radio program Sport 890.

“I prefer not to talk about any specific club. If I know that there are interests and hopefully it can be resolved to make a leap in my career, “added the Uruguayan regarding the offer of Boca Juniors, who has Franco Di Santo from San Lorenzo de Almagro as a second option.

Memes exploded after Boca’s defeat against Estudiantes, which left him penultimate and aggravated his crisis: Russo, the main target
Lionel Messi participated in the birthday of one of the PSG figures: the absence in the photo that generated suspicions
Barcelona’s challenging message after the first official victory after the departure of Lionel Messi
Chaos in Barcelona: Joan Laporta publicly explained the dramatic situation the club is going through