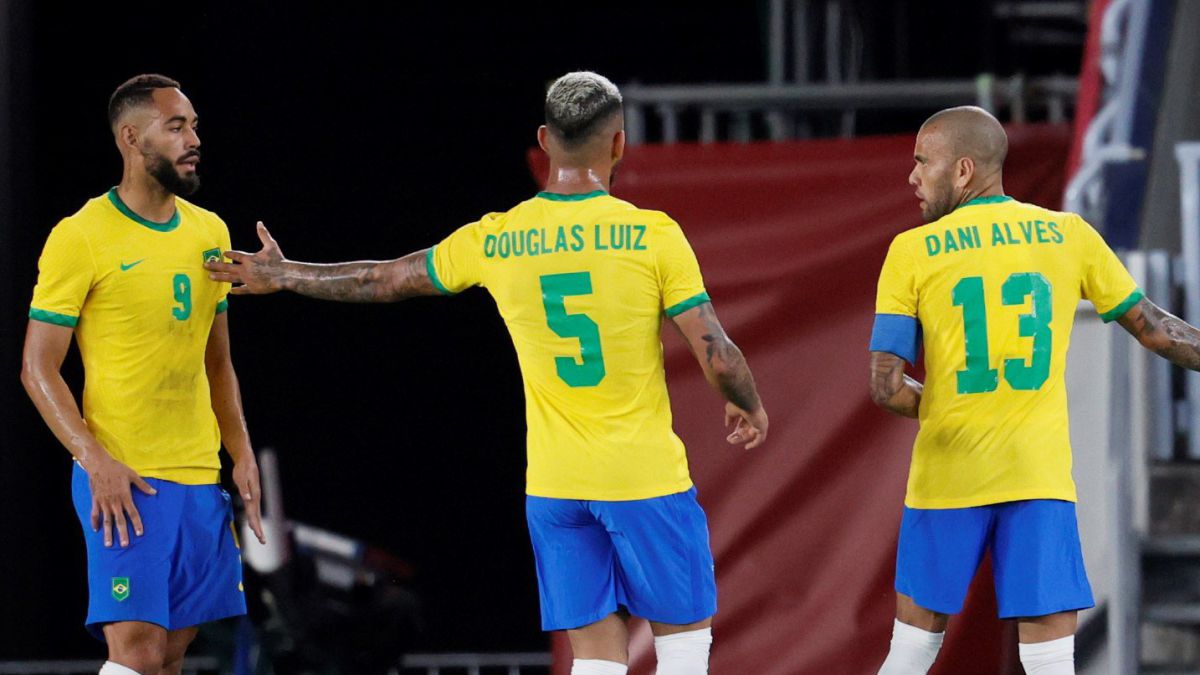 Brazil drew 0-0 with Ivory Coast in a match where they totally dominated their rival, although they played outnumbered during practically the entire match. Douglas Luiz saw the direct red to the fifteen minutes in a controversial decision of the arbitration, but the canarinha did not accuse the blow. It was better, it created more opportunities, but it was not able to overcome the ultra-defensive system of the Ivory Coast. Both continue to divide the Group D lead with four points.

Brazil started by putting pressure on Ivory Coast and almost scored with just two minutes, after a beautiful individual play by Richarlison, who started from the left and finished across the board. I capped a great stop in two strokes. The Everton striker, who was the best of the win against Germany (he scored a hat-trick), arrived a couple more times in great danger, until the game changed thanks to a ghastly mistake by the referee that left Brazil with ten players.

In the 15th minute, Dao received a deep pass with the Brazilian defense out of position after an error in the ball exit. During the start, near the edge of the area, the forward fell asking for a foul from Douglas Luiz, who was trying to steal the ball. The American Ismael Elfath whistled the infraction and admonished the Aston Villa midfielder, but it was to check in the VAR for being a possible red card play. Although in the repetition, from different angles, no contact is seen between the Brazilian and the Ivorian coast who was not going in the direction of the goal, he ran diagonally, the referee not only kept the foul as he interpreted, perhaps, that Douglas Luiz was the last man and that it was a clear play of goal, and expelled the Brazilian who went to the locker room totally outraged.

Brazil was left with one less player, but continued to dominate the game and without suffering scares. So much so that the coach André Jardine decided not to make changes to strengthen the defense and keep the team with the same design that it had with eleven. In about 45 minutes of low intensity, both teams hardly created any chances. The best chance was Antony, with a shot from outside the area that the Ivorian goalkeeper deflected to a corner.

Brazil came back even better and more aggressive in the second half and put Ivory Coast on the ropes. With a great Bruno Guimarães as the master of the Brazilian creative game, the canarinha constantly circled the opponent’s area, which closed in with a line of five players in defense, without knowing how to take advantage of the numerical superiority. First it was Antony who gave a hat to a rival defender and was disarmed in the last second. Matheus Cunha had two very clear chances, a save by the goalkeeper and another rejected by a central for a corner. Richarlison had his own too, with a shot from the edge of the box that skimmed the crossbar.

In 79 ‘the game was again in numerical equality. Kouassi, who already had a yellow for a hard foul in Claudinho, was again booked for another violent tackle, now against Martinelli. Brazil went on the attack in the last ten minutes in search of victory. Guilherme Arana almost scored with a rocket from the front of the area, which Tapé stopped with great difficulty.