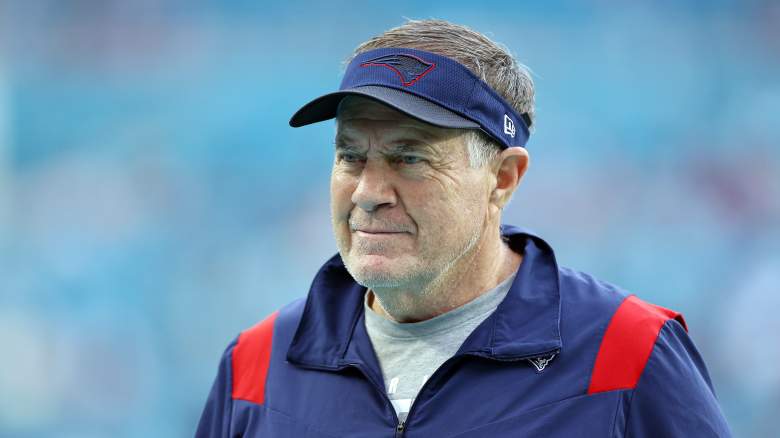 Getty Bill Belichick of the New England Patriots looks on.

Given the way Malcolm Butler’s career with the New England Patriots ended, fans may be surprised to learn who was the first person in the organization to approach the cornerback.

Butler’s return to New England came as a bit of a shock to some fans. He spent the 2021 NFL season at home in retirement and his career in New England did not end on the best of terms.

Butler was benched for Super Bowl LII. When he speaks to the media for the first time since his return, Butler focuses on the present and not the past.

“It wasn’t difficult,” Butler said of not speaking publicly about his bench. “You keep your feelings at home. I had a talk with Bill Belichick, we had a talk about it as grown men… it’s 2022, you can’t live in the past.”

Butler’s comments indicate that Belichick and Butler’s relationship is not as bad as once thought. On Monday, Butler revealed that Belichick was the first to establish contact between the two sides.

“It was a surprise,” Butler told reporters. “My agent told me that Bill wanted to talk to me. I was happy. I started working out right away because I knew there might be a chance I could come back.”

Over the years, time seemed to lift the constant cloud over Belichick’s head. Whether publicly praising Mac Jones or apologizing to the media for being too mean, Belichick appears to have turned a page.

Belichick, now 70, is nearing the end of his career. According to Albert Breer, he wants to leave the Patriots in good shape for whoever replaces him once Belichick decides to retire.

“I think any time he leaves, he wants to leave it in good shape,” Breer told “The Rich Eisen Show” on April 14. — I remember that he felt that Bill Parcells, who had obviously been his boss, had left a couple of teams in very bad shape. I think there was a kind of determination every time he left New England, he wasn’t going to do that.”

Giving Butler another chance seems to be another indicator that Belichick’s kindness has increased over the years.

Belichick is also putting a lot of trust in Butler. The Super Bowl hero will be New England’s top corner unless a major move is made.

But Belichick clearly believes in Butler, as he was the first to reach out. The 2022 NFL season will show whether that faith in the cornerback paid off.