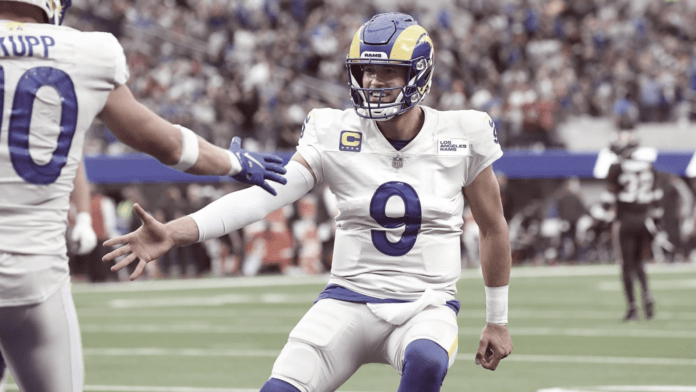 Free agency and the offseason have unleashed the madness in the NFL. The best salaries in the league have changed a lot since the 2021 season. In 2022, there are several changes in the list of the highest paid positions. Despite this, the quarterback position remains the highest paid in the entire league. The top 5 salaries in the NFL are for quarterbacks. Plus, there’s more and more guaranteed money in contracts, something that didn’t happen very often in professional football before.

During the 2022 season, LA Rams QB Matthew Stafford will earn the most money. The Rams won Super Bowl LVI largely thanks to Stafford. This guaranteed him a juicy contract extension. The Rams QB will earn $61.5 million during the 2022 season, according to the Spotrac site. The quarterback closest to him in salary in 2022 is Josh Allen. The Bills player will take 46.9 million during this campaign.

Offense has the best salaries on average

The NFL has become a league dominated by offense. For this reason, the best salaries go to the players on this side of the ball. Outside of the Quarterbacks, the player who will earn the most during the 2022 season is a receiver. Mike Williams of the LA Chargers has become one of Justin Herbert’s favorite weapons. Consequently, Williams will receive $28 million during the 2022 season. Although Davante Adams and Tyreek Hill were the 2 hits of the offseason, they will not reach Williams’ salary, at least during 2022. Hill will earn $26.3 million and Adams 23.3 million dollars.

On the defensive side there are 2 players who stand out for their salary. JC Jackson came to the Chargers from the Patriots for the 2022 season. This cornerback will earn $28 million during his first season in Los Angeles. On the other hand, TJ Watt was the highest paid defensive player in the entire league in 2021. The Steelers player was the defensive player of the year and will receive 24 million in the 2022 season. This places him as the highest paid linebacker in the NFL.

As usual, the special teams have been relegated. Field goal kickers and punt kickers are last on the list of highest-paid positions. Atlanta Falcons kicker Younghoe Koo will earn $8 million in 2022. This makes him the highest-paid kicker of all time. Patriots punter Ryan Bailey, meanwhile, will earn $3.9 million a year. Despite being a low amount compared to other salaries, he is the highest-earning punter in the NFL.

Will salaries continue to rise in the coming years?

The subject of the best salaries in the league is something that will continue to be talked about for many years. Every once in a while the NFL salary cap increases. This means that teams can spend more on player contracts. In addition, in recent years there has been a tendency to offer more guaranteed money in the agreements. The reason for this is that these types of contracts reduce the impact on the salary cap that a player has. A good example would be Titans QB Ryan Tannehill; Although he is not the highest paid in the league, he is the player who has the most impact on his team in the salary cap.

In addition, the profits of the NFL also increase. This causes players to want more money. According to the Front Office Sports portal, the league would be generating around 10,000 million dollars annually. Although that number could vary due to the whole issue of the pandemic, it is the sports league that generates the most money in the world. As if that were not enough, commissioner Roger Goodell declared that the goal of the league before 2030 is to generate 25,000 million dollars in annual revenue.

Best NFL salaries in 2022 for each position