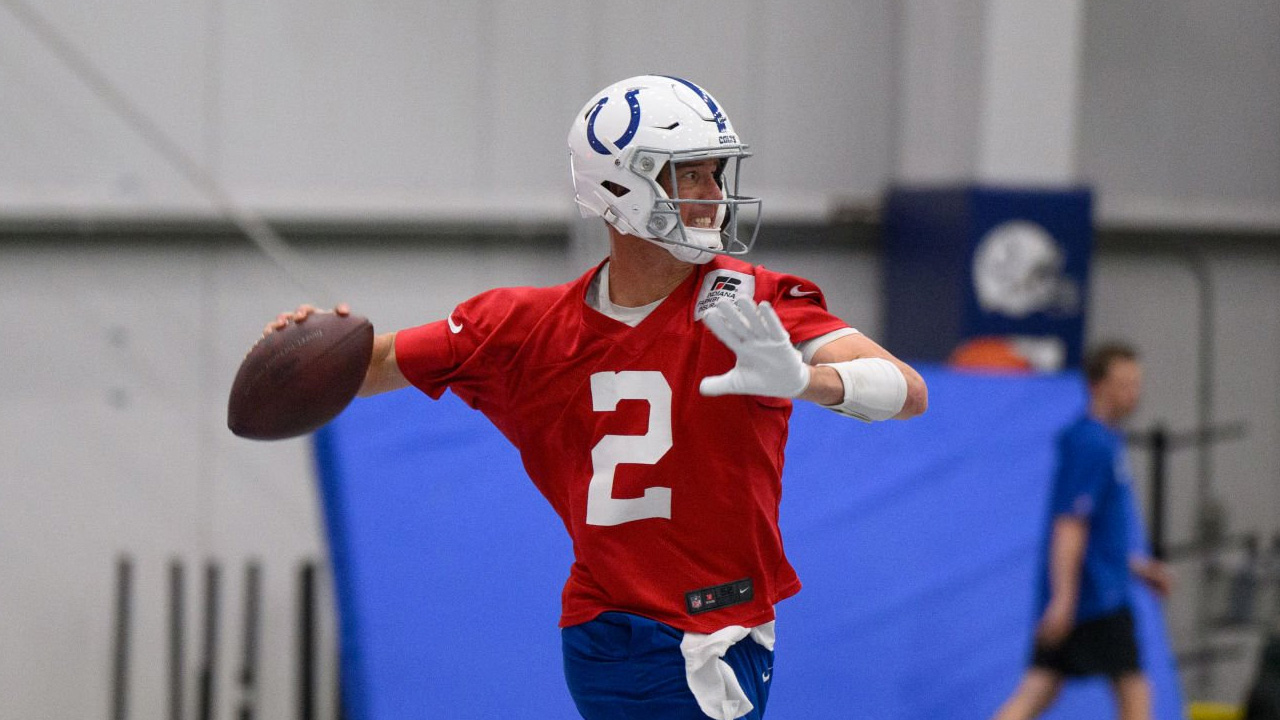 Yes, there are less than 100 days left for the kick off of the 2022 NFL Season; Most of the big-name free agents are no longer available, the NFL Draft has also come to an end, and that means the rosters of the league’s 32 organizations are gradually beginning to take shape. So now is the perfect time to discuss the best and worst case scenarios for each AFC South team next season.

Before starting, it is necessary to emphasize that the aspirations of the Colts, Jaguars, Texans and Titans for next season are clearly not similar. Within this extremely bipolar division, there are two teams that will try to get fully into the fight for SB LVII, the rest would settle for ending the year with a positive record, or even with a not so overwhelming losing record.

Without further ado, here are the best and worst case scenarios for each AFC South team in the 2022 NFL Season:

After a controversial legal situation that is still in force, and the player’s own desire to no longer belong to this organization, the era of QB Deshaun Watson in Houston finally came to an end last March. Now the Texans will be able to get their rebuilding process out of the spotlight, and the next step is to find their franchise quarterback, although they may already have him at home.

In the 2021 Draft, as a third-round pick, Houston selected QB Davis Mills, a Stanford alum, who turned out to be too pleasant a surprise. During his rookie year, although going 2-9 due to roster limitations, Mills recorded 2,664 yards, 16 TDs and 10 INTs.. Without a doubt, promising numbers, and the best scenario for Houston in 2022, again beyond the record, would be for Mills to establish himself as the franchise quarterback that this organization so desperately needs.

worst situation: They use Lovie Smith as a transitional head coach

Are the Texans really committed to Lovie Smith? Nobody is safe in Houston, and David Culley is a clear example of that, who gratifyingly exceeded expectations with this weak roster last season but even then was not enough to keep him as head coach of this organization. So why would it be any different with Smith if he initially wasn’t even considered for the job?

The supposed finalists for head coach of this AFC South team were Brian Flores, Josh McCown and Jonathan Gannon, but at the last minute Houston changed direction and decided to promote a Smith who will have to prove with facts that, under his command, this franchise has a promising future. Otherwise it will be Culley 2.0.

As for expectations, for his simple record, the 64-year-old Smith deserves credit; he served as head coach of the Bears between 2004 and 2012, finishing with a record of 81-63, being NFC North champion three times and even got Chicago into Super Bowl XLI. However, later, between 2014 and 2015, his time with the Buccaneers was a total fiasco with a record of 8-24, but if he replicated his success in Chicago, we could see him having a good time managing within the AFC South.

One of the probably most underrated races in league history is the Matty Ice, who recently left Atlanta after 14 years in the organization to join the ranks of HC Frank Reich in Indianapolis, where he will try to extend his stay in the NFL, pick up his personal level, and make the Colts serious contenders for Super Bowl LVII the incoming campaign. For this, the path will not be easy: he will have to fight against the age factor and criticism from detractors.

Matt Ryan is already 37 years old, and this, undeniably, has been noticed. Even though the 2021 NFL Season featured 17 games per team for the first time in history, it was the first time since 2010 that Ryan didn’t pass the 4,000+ passing yards barrier. Therefore, if the Colts intend to shine, their best case scenario is that Ryan becomes who he was in 2016, that NFL MVP who recorded 4,944 yards, 39 TDs, 7 INTsand who led the Falcons to the SB LI.

worst situation: They were better with Carson Wentz

Ryan’s signature is a double-edged sword. Undoubtedly, there is a tragic scenario where the Colts could face that they were better off with QB Carson Wentz, and that is saying a lot considering that Wentz failed terribly in the last week of 2021 to get this team into the playoffs. However, how much of an improvement is Ryan over Wentz? If the difference is seen to be minimal on the field, the Colts will be doomed to another season of mediocrity.

Thus, it would be disastrous for Indianapolis to once again miss the postseason due to the absence of a quality quarterback. But, whatever happens, one thing is certain: Ryan does not have much time left in the league, and it is time for the Colts to look in the 2023 NFL Draft for that franchise quarterback they so urgently need since the departure of Andrew Luck unsettled the position.

There are teams in need of a quarterback, many others in need of new stadiums, but if the Jaguars required anything, it was for the end of a 2021 Season where they were repeatedly the center of media attention due to the off-field scandals of the now former HC Urban Meyer. To the good fortune of owner Shad Khan, and even fans of the league in general, the Meyer era is over, and now Doug Pederson has landed in a desperate attempt to bring about a new and much-needed change in culture.

For the job, Pederson seems to be the right man with the right track record: He served as the Eagles’ head coach from 2016-2020, where posted a not-so-great record of 42-37-1 but that goes unnoticed since in 2017 he was crowned Super Bowl LII champion against the Patriots. Just as Pederson turned Philadelphia around, he will now try to do the same in Jacksonville, who, honestly, have been one of the league’s least winning franchises in recent years.

worst situation: Trevor Lawrence and Travis Etienne fail to make the jump in their Year 2

A successful rebuild necessarily requires first-round draft picks, and last year the Jaguars selected QB Trevor Lawrence and RB Travis Etienne on Day 1 of the event, both out of Clemson. However, starting with Lawrence, the 22-year-old quarterback didn’t shine at the level he anticipated during his rookie season: 3-14 record as a starter, 12 TD and 17 INT it was what left his 2021. If he doesn’t make the jump in his Year 2, Jacksonville will be in trouble.

For his part, it is currently James Robinson who serves as the team’s RB1, but next season the Jaguars expect a greater contribution from an Etienne who saw his first year off the bench as a result of an injury to Lisfranc that prevented him from stepping on the field. During the previous offseason, there was talk that Lawrence and Etienne would change the face of Jacksonville, now it is only hoped that together they will be functional and can generate a dumbbell to put the Jaguars back on the NFL map.

Surprisingly, the Titans finished the 2021 season as the best team in the American Conference, but their participation in the Playoffs, despite the long-awaited return of RB Derrick Henry, was short-lived, and the blame can simply fall on QB Ryan Tannehill, who before Cincinnati in the Divisional Round threw only 1 TD and 3 painful interceptions. Thus, Tannehill was the handbrake that deprived Tennessee of raising its first Vince Lombardi in the history of the organization.

Therefore, the best scenario for the ones directed by Mike Vrabel next year is titled: “Tannehill Redemption Tour”. Really, the 33-year-old veteran has no choice, this is his last call to make the Titans contenders for SB LVII or, sooner rather than later, the front office will get tired and won’t hesitate to field the QB. Malik Willis, recently selected in the third round of the 2022 NFL Draft.

By sheer numbers and value on the field, WR AJ Brown was the best player on this AFC South team the past three seasons, but the 24-year-old receiver is no longer on the team after the trade made with Philadelphia on Day 1 of the 2022 NFL Draft, and that could be a huge problem the Titans can’t get out of.

Honestly, Ryan Tannehill is compliant, but no more, and his favorite offensive weapon has been removed from the roster. How will this offense perform in the 2022 NFL Season? Rookie Treylon Burks is the team’s new hope along with WR Robert Woods, whom the Titans acquired from the Rams in free agency. However, neither is proven under this passing scheme that could go downhill next season without a Brown to rescue them.

Thus, this could have an impact on the final tables, making Tennessee’s divisional hegemony ephemeral in favor of Indianapolis, the typical team “I’m one quarterback away from…”, which with the acquisition of Matt Ryan could finally fight one on one to some Titans that with 23-10 record over the last two seasons they have been two-time champions of the AFC South.

What are each of the AFC South teams destined for in the 2022 NFL Season? Which of the aforementioned will manage to give a better role next year? We read you in the comments below this article and on our social networks.

Don’t forget to check out the rest of the best and worst case scenarios in 2022 series below: