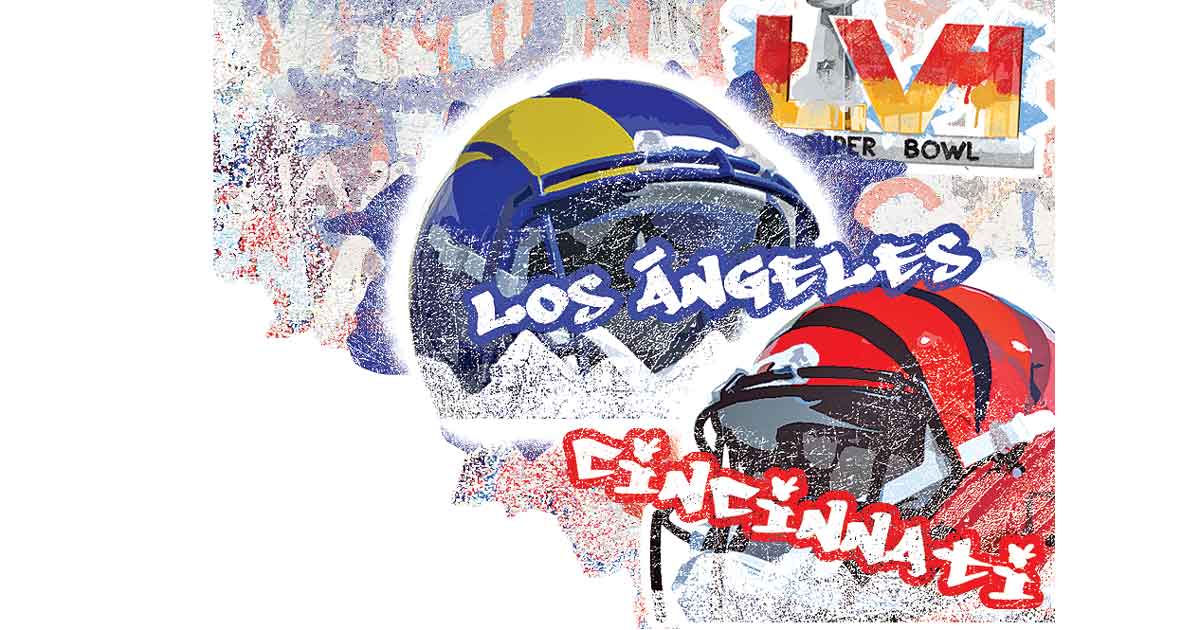 MEXICO CITY. In a city of contrasts, where the glitter and glamor of Hollywood overshadows several of the most vulnerable areas of the United States, the 2021 season ends, baptized as “the greatest of all” for its 23-week duration.

Like Los Angeles, Super Bowl LVI features two sides that are different on the surface, but the same in their combative nature. The Rams continuing as a team built solely to win this year’s championship and the Bengals defying all odds to go the distance.

Today is not just any Sunday. For the first time, the Rams face the Bengals on the biggest stage in the world. football. A vibrant rivalry inside SoFi Stadium with two of the quarterbacks that are part of the league’s elite squad.

There is a perception that Matthew Stafford will never get another chance to capture the Vince Lombardi trophy. It’s now or never to finish the mission for which he was hired in January 2021. If he fails to win the Super Bowl at home, it will be a deeper failure than his 12 gray seasons in Detroit. A win separates him from becoming the third quarterback to win an NFL title in his first year with a new team.

In the betting, the Rams are potential champions with a four-point lead.

Twitter and Facebook didn’t exist the last time the Bengals showed up at the Super Bowl in 1988. Neither was Joe Burrow, Cincinnati’s electric quarterback. A local hero who was born in Ohio and who at 25 years old seeks to become one of the youngest men of his position to be a monarch, behind Ben Roethlisberger (23), Patrick Mahomes (24) and Tom Brady (24).

Unlike Roethlisberger, Mahomes, Brady and the rest of the quarterbacks, Burrow can do it under the Triple Crown tag. With the win over the Rams he would become the first quarterback with a college national championship, a Heisman trophy and the Super Bowl.

Burrow features his old college teammate Ja’Marr Chase, a rookie catcher who has stunned the league as a powerful rap rhyme. Cincinnati’s chances of celebrating its first NFL championship rest on the connection that already led LSU to a national title.

On the other side of the ball, to smother Burrow, the Rams have Aaron Donald, the most dominant defensive player in the NFL and who has won everything (seven All-Pro selections, eight Pro-Bowl selections, three defensive end of the year awards) except most important: a Super Bowl ring.

On various walls of Inglewood, the suburb where SoFi Stadium is located, it is recurrent to find graffiti with the phrase “City of Champions”, in honor of the fighting spirit of its population.

The Rams and the Bengals, transfer the struggle that takes place every day in the streets to progress, to the most majestic stadium in the NFL to play Super Bowl LVI.

*In the following link you will find the latest news

Copyright law strictly prohibits copying, in whole or in part, Excelsior’s materials without prior written permission and without linking to the original text.