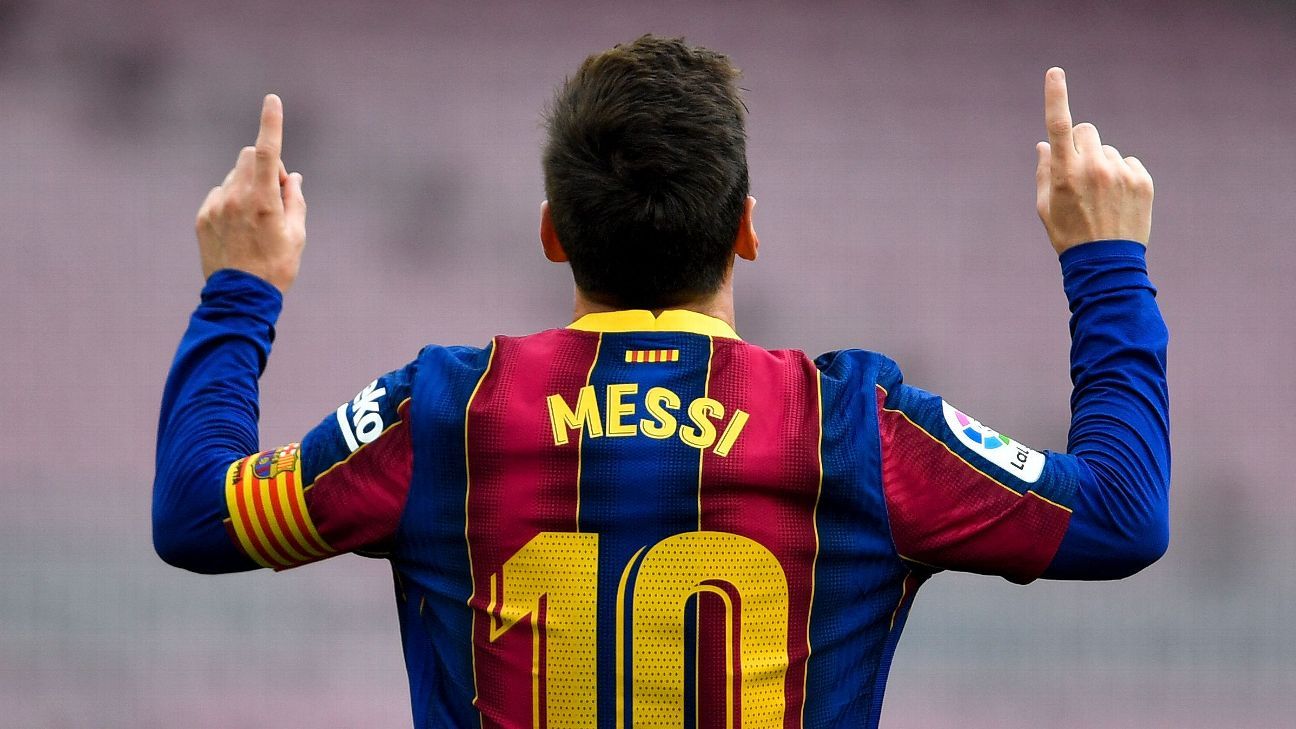 The departure of Leo Messi of the FC Barcelona After almost two decades of union, it will mean not only a hard blow at the sporting level for the Catalan team when they see their top scorer and current LaLiga top scorer leave, but also goodbye to their top seller of shirts worldwide.

Lionel messi and on the 10th they became the team’s best-selling jersey since the Argentine star inherited the number from his friend and teacher Ronaldinho, who during his stay became the smile of the club.

Messi was for more than a decade the largest seller of T-shirts in the Barcelona worldwide and Cadena Ser pointed out that three out of every five shirts sold by the culé squad are precisely from Leo.

Messi began to sweep the sale of shirts in recent years, especially with the departure of the club’s top figures in the last decade, such as Xavi, Iniesta, Puyol and Neymar himself. With these pillars of the team, the sale of shirts was more level.

Although, it is true that the last contract of Lionel messi with the Barcelona exceeded 350 million euros, it is also a reality that the forward was the player who generated the most money for the benefit of the team. According to Marc Ciria, who is the founder and CEO of the company Diagonal Inversiones and who is also a partner of the Catalan team, the Argentine left approximately 619 million 265 thousand euros in the team’s coffers.

Namely, Messi He left 235 million 610 thousand euros to the club as a balance in favor, in relation to what they spent on his salary and sports awards.

Environment to the figure of Messi You can see not only samarrets, but also scarves, cups, balls, collectible figures and other gadgets that fans seek to praise the one who became the greatest figure in the history of the Blaugrana team.

While Lionel messi exceeded a billion dollars in earnings thanks to his salary and endorsements, the Barcelona He also gets millions just from the sale of Argentine shirts. According to the site “Punto a punto”, specialized in finance, the Catalan club earned 87 million dollars annually thanks to the sold jerseys from Lio.

The influence of Messi globally, it can be measured in the United States, a country where soccer is behind leagues such as the MLB, NFL and NBA. In the North American country, Lio’s shirt was the best-seller in 19 states in the country, dominating California, Texas and Florida, where there are large Latino communities.

Messi Not only was he the top seller, but he surpassed the American figure Christian Pulisic and in third place was the Portuguese Cristiano Ronaldo in 2020.

This is how the departure of Messi means not only a setback on the field of play for the Barcelona, but also a financial gap that the Catalan club will not be able to fill immediately as it loses its greatest relic at the marketing level and the main magnet for global sponsors.