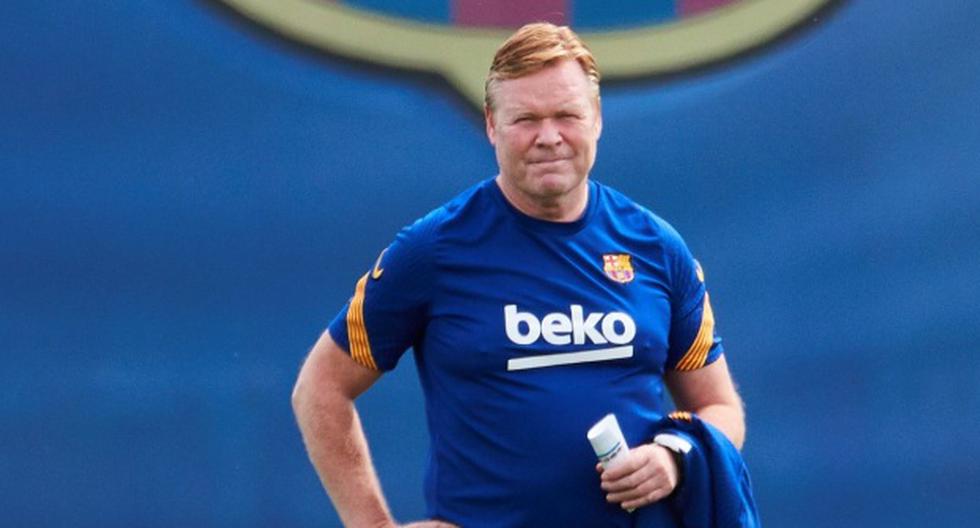 In the preview of the friendly match between Barcelona and Girona, the second of the Catalans in the preseason, the Spanish press reports on the offer of a player to reinforce the Catalan defense for the 2021-22 campaign. It is nothing less than Joseph Aidoo, footballer of the Celta than Vigo whose representative contacted the sports secretariat of the Barcelona institution to offer the services of the central born in Ghana.

According to the Spanish portal ‘Don Balon’, the offer reached the Camp Nou offices in recent days and the coach Ronald Koeman it did not take long to reject it. For the Dutch, Aidoo he is a defender who does not fit his idea of ​​the game despite his proven effectiveness. Not for nothing was it considered by the Spanish media as one of the most prominent of the past campaign.

“After the hiring of Eduardo ‘Chacho’ Coudet, he has been a completely different player and has exhibited superb conditions, becoming one of the best in all of LaLiga Santander. But, despite that, it has not been worth it to convince him at the Camp Nou of his landing, and they have informed him that they do not need more right-handed centrals “, publishes the cited source.

Joseph Aidoo, according to ‘Tranfermarkt’, is valued at 6 million euros and has a contract with Celta de Vigo until June 30, 2024.

The show must go on

While the Barcelona board of directors continues to receive transfer proposals, the players of the first team are getting ready to face this Saturday the second friendly of the preseason against Girona. The duel is scheduled for noon and will be broadcast on the Barça TV signal.

For the clash against the Catalans, Koeman summoned Depay, Griezmann, Lenglet and De Jong. None of the four players was in the first midweek test against Nastic (4-0 win for Catalans).