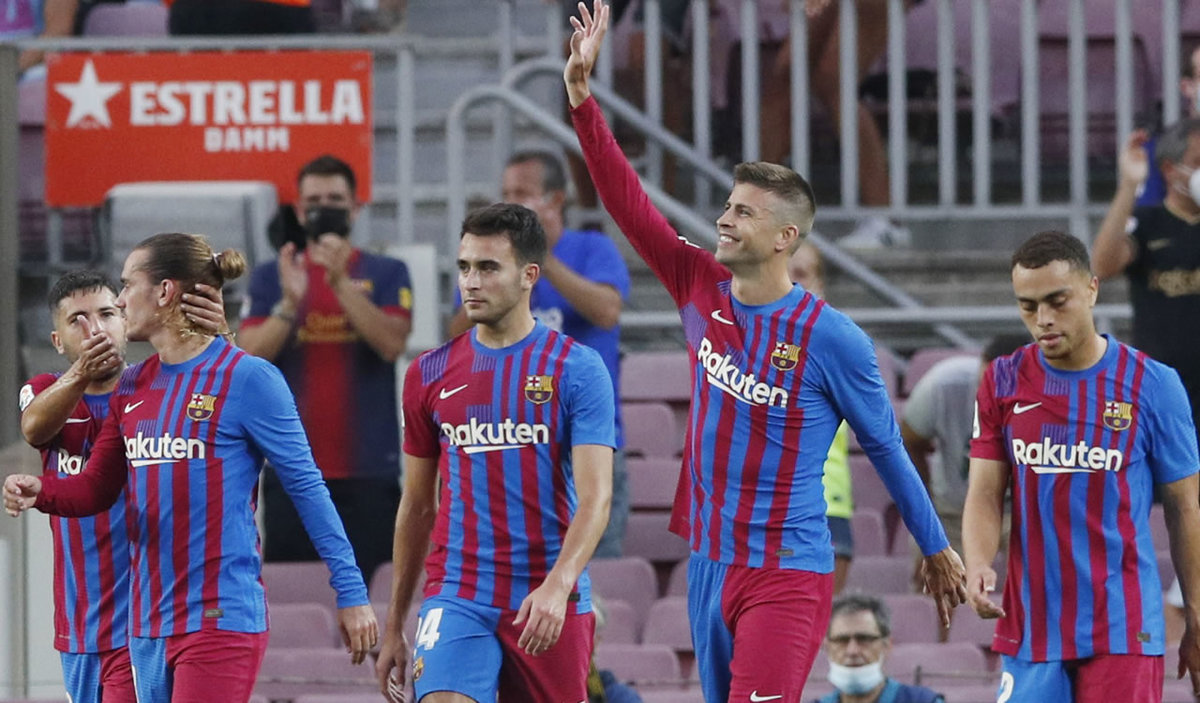 
Lionel Messi is already history in Barcelona, but Martin Braithwaite raised his hand to take the figure role. In the first duel without the Argentine, the Dane scored a double and provided assistance in the victory 4-2 over Real Sociedad, a rival who in the end squeezed and was nowhere to come out with the draw at the Camp Nou.

The Blaugranas won 3-0 and in the last 10 minutes the Real got into the duel with two goals in just three minutes to get very close on the scoreboard, but a lethal counter commanded by Griezmann and Braithwaite gave them the necessary calm in the first post-Messi game.

Barcelona 4-1 Real Sociedad; that’s how the game was

Indicated on multiple occasions for being a player “without what is necessary” to be with the Catalans, Braithwaite began to beat drum and only at minute 1 gave the first warning with a header.

Another who was very plugged -and also criticized on previous occasions- was Antoine Griezmann, who finished with half scissors at 10 ‘, a minute in which Messi’s last name was chanted right at the Camp Nou.

The same Frenchman put her on the post at 12 ‘and the 1-0 reached 19’ when Gerard Piqué finished off with his head in a set piece to open the scoring, the first goal in his life without Leo in Barcelona, ​​which he celebrated again in the aggregate of the first half thanks to the Danish Braithwaite.

At game time, again the Nordic finished at pleasure in the area to put the third after a rejection to the center of the goal Remiro, in what seemed a very calm night, but that would have his dose of nerve for the Catalans in the final stretch.

Julen Lobete made it 3-1 at 82 ‘with a cross shot and Oyarzabal made it 3-2 at 85 ‘in a great free kick charged to perfection. The murmur at the Camp Nou -with an audience for the first time in more than a year- was perceived, but an off-hook at 91 ‘signed by Sergi Roberto left the final 4-2.