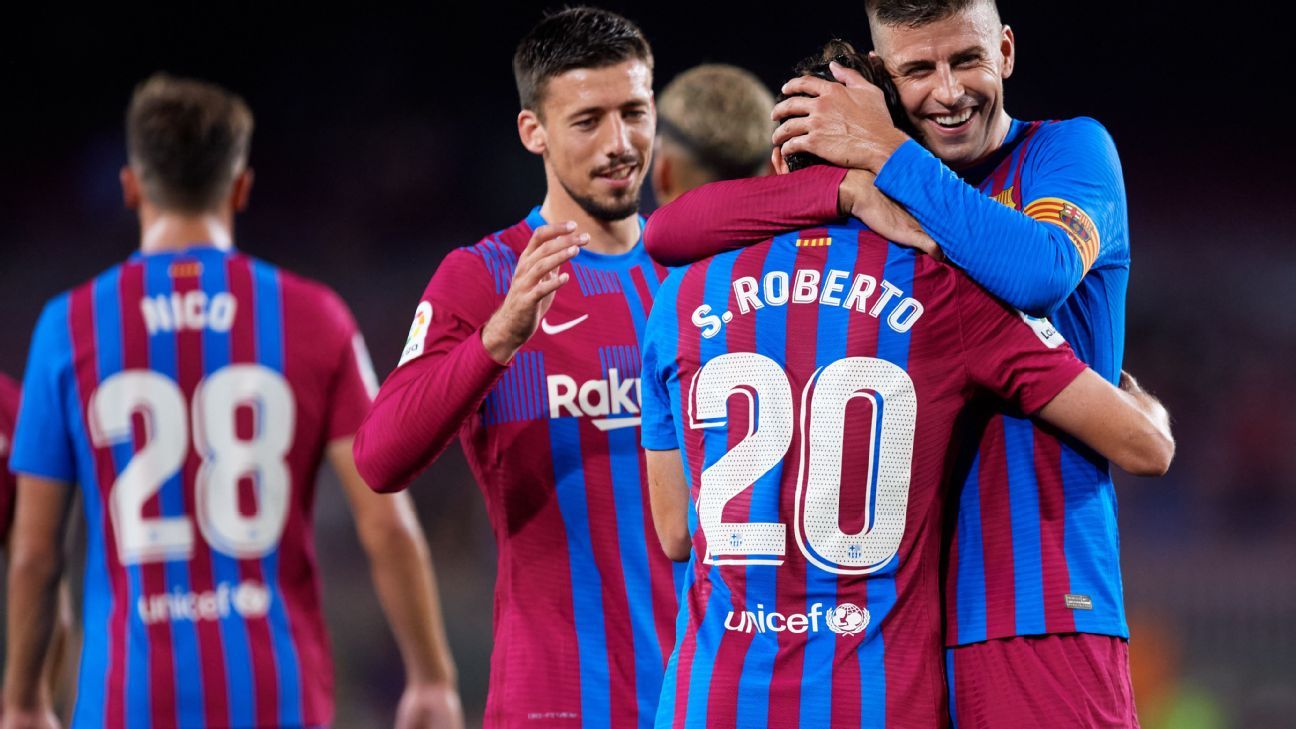 Barcelona will not overcome the absence of Messi in a match. Not in a season or in a century. Leo’s departure is irreparable and of course it is up to the club and its members to walk towards reconstruction without the most important footballer in its history.

The club started the 2021-22 season with a 4-2 home win over a disappointing Real Sociedad. And as is often the case in these cases, the result is primarily the result and not the forms.

The truth is that Ronald Koeman is not surprising in any way, on the contrary, he is further away from the club’s historical philosophy that has to do with good treatment of the ball, the development of the game from the lower zone and possession.

It was striking that against a rival who showed little and nothing, goalkeeper Neto had the instruction to go out with long punts to seek primarily for Martin Braithwaite to drop the ball to either Memphis Depay or one of the midfielders.

Little elaboration and a lot of pitch. Under this trend, the culé team will have deployed 20 or a maximum of 25 relatively pleasant minutes in front of an opponent who did not demand, with which Koeman shows once again that he has few tactical variants before the scenarios that can be presented in a match.

Depay has the mission and confidence of his countryman to be the one who acts as ‘Messi’, keeping the abysmal distances, and the Dutchman has quality, he presented some flashes, but not even in his best version will he be able to approach what Leo did. However, he is a versatile footballer who can play as a generator or even appear in the area to define.

Braithwaite figured with a double to the surprise of many, in addition to doing what he does best, which is to shoot inside the area. The Dane had a club exit tag, and he wants to earn a place, which is absolutely valid, although it is clear that he is not an element of sufficient quality to play for Barça.

In the final part of the contest when Real Sociedad agreed that it knows how to play, it scored two goals in less than five minutes against Barcelona, ​​and Koeman resorted to a ‘spent strategy’ from the previous season: defensive changes, piling people behind to take care of the advantage and tie the points.

Thus, it is too early to make a conclusive balance on what can be expected from Barça without Messi, but the reality is that there will be nothing from Koeman other than what is already known: contempt for footballers like Riqui Puig, contempt for the club’s ways and philosophy, and attachment to players who may be worn out or out of shape (Pedri, De Jong or Griezmann, for example).

It is the ‘new’ Barcelona with its already known and limited coach. Bread with the same … And without Messi.