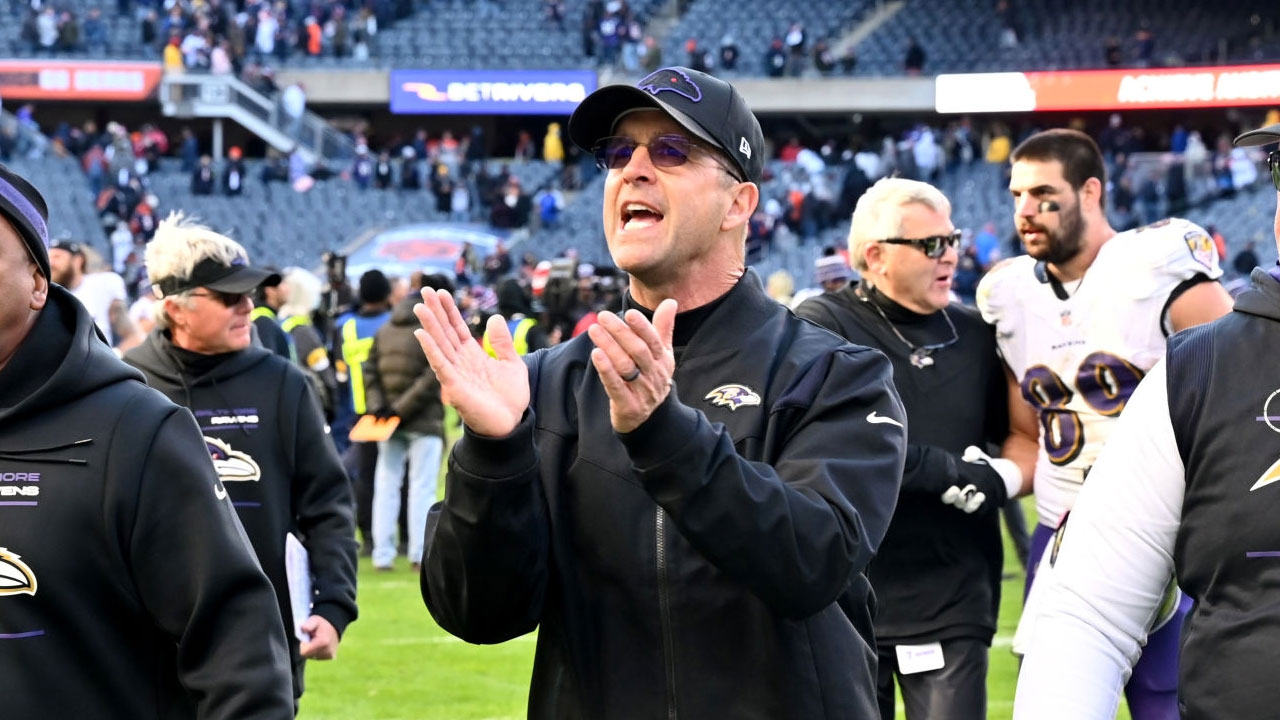 The 2021 NFL Season of the Baltimore Ravens ended much earlier than expected for fans, players, coaches and management, since the expectations for this team at the beginning were, at least, to reach the conference finals, but a series of injuries, infections of COVID and bad games resulted in a team collapsing from the top of the AFC North to finish in last place.

The 8-9 record marks coach John Harbaugh’s second losing season in his 13 years leading the team. And even so, they were very close to sneaking into the playoffs.

Back in July, when training camps began, GM Eric DeCosta along with Harbaugh had put together a team that looked like a solid performer for the season. However, just before week 1 they started losing players: RB JK Dobbins and Gus Edwards, CB Marcus Peters, DL Derek Wolfe, and LB LJ Fort. To add insult to injury, LT Ronnie Stanley returned from injury in Week 1 to sit out the remainder of the season as he was not fully recovered.

Over the next few weeks, Harbaugh found a way to keep a team competitive despite the struggles, along with a mindset shift to using QB Lamar Jackson’s arm more, big comebacks to win some games,

The first game was an overtime loss to the Raiders, followed by a win against Mahomes’ Chiefs (whom they hadn’t been able to beat in recent years); The next game looked like the Lions would have their first win, but All-Pro kicker Justin Tucker gave the Ravens the win with a record-setting 66-yard kick.

The Broncos didn’t give them much of a problem, but right after against the Colts we saw an incredible comeback led by Jackson, to continue with a great display against the Chargers; however, the Bengals dealt the first beating to these Ravens, although later they got back on track by beating the Vikings in overtime. In the last two games they began to see a regression of the offense from which they no longer recovered.

The turning point of the season came against the Dolphins, who were seen as a match for the Ravens, but it was the opposite. By beating the Bears by just three points, Lamar’s regression began and the offense in general was more than evident, and everything got worse when the following week against the Cleveland Browns.

Then came the worst stretch of the season for Baltimore: a one-point loss at Pittsburgh on a controversial two-point conversion attempt; loss against Cleveland by two points with Lamar going out with an ankle injury and we never saw him on the field again the rest of the season.

Backup QB Tyler Huntley finished that game; the next loss to the Packers again by one point, where herbs again decided again to go for two. The second beating came from the Bengals in a game where third QB Josh Johnson started due to a Covid outbreak. Against the Rams they let go of a game they had dominated for three quarters, again by 1 point. He finished the season against the Pittsburgh Steelers, both still playing for a postseason spot, but the Ravens couldn’t get there in regulation.

Since 2017, Baltimore has not been out of the playoffs, and an offseason begins with many questions and decisions to be made by the team’s management.

Tucker has always been a guarantee for the Ravens, this year we can put Mark Andrews in that same place, Lamar’s favorite target since 2018, but also Tyler Huntley and Josh Johnson for their hand safety and motor to get yards after contact .

He finished with 107 receptions for 1,361 yards and a team-leading 9 TDs in those categories, as well as breaking the record for receiving yards in franchise history. The exceptional year earned him a first-team All-Pro name and we can now consider him one of the best fighting ends in the NFL.

The best moment of the 2021 Ravens season

Week 6 at home against the Chargers who had just scored 47 points against the Browns. Justin Herbert looked unstoppable along with his offensive weapons as the Ravens were coming off an amazing comeback against Indianapolis.

Oh surprise, the Chargers and Herbert could never get into a rhythm, the Ravens had their best defensive performance and the offense looked overwhelming, especially the running game. Score: 34-6 and at the time the media described this victory as a wake-up call for the entire league.

The worst moment of the 2021 Baltimore season

The game could not have been more close (divisional rivalry), but that failed and questioned two-point conversion in which Jackson could not connect with Andrews, John Harbaugh declared at the end of the game that he no longer had cornerbacks to play overtime against Marlon Humphrey’s injury.

What is expected of the Ravens in the 2022 Season?

First of all, Lamar Jackson’s fifth year needs to be sorted out and his contract extension is a priority, the Ravens could either extend him and release salary cap money or wait to see how the QB comes back from injury.

Second, does the number of injuries this year give the coaching staff excuses? It is difficult to find another team so affected by these circumstances, in addition to the casualties due to Covid. Both GM DeCosta and owner Steve Bisciotti must analyze whether anything could have been done to minimize injuries.

Change of coordinators? Much of the crowd has been calling for OC Greg Roman to be fired: this year they finished sixth in total yards, third in rushing yards and thirteenth in passing yards. Harbaugh must decide if Roman is the man to take Lamar and his offense to the next level, as long as he beefs up the offensive line that struggled a lot with pass protection this year.

As for DC Don Martindale, this year it’s hard to defend him; pass coverage was a disaster, finishing in last place; In their favor the run defense, third-down defense and red-zone defense were still effective, but the way the secondary allowed big plays as well as the tackling lapses were downright embarrassing for a team with a defensive tradition like Baltimore.

Finally, the core of the defensive line is already a veteran and undoubtedly needs a renovation, as well as the necessary adjustments to the offensive line, which this year was one of the biggest weaknesses, going through the LBs (Josh Bynes cannot be a solution to long term) and the secondary doesn’t have that safety that covers half the field without relying entirely on Humphrey or Peters.

It will be a very interesting offseason, the Ravens have the opportunity to strengthen a very talented player base and return the following year to take revenge for what happened in 2021.

Do not miss the analysis of the 2021 NFL Season of all the teams: