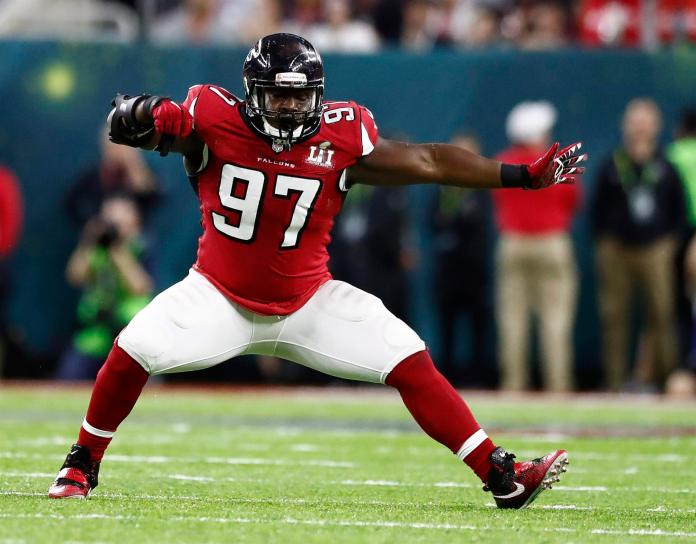 Sports Writing, May 3 (EFE) .- The Atlanta Falcons extended this Tuesday the contract of two-time Pro Bowl lineman Grady Jarrett until 2025 in exchange for 34.5 million dollars.

Jarrett has been the cornerstone of the Falcons’ defense in containing the run since he was drafted in the fifth round of the 2015 NFL Draft.

The problem for coach Arthur Smith’s team is that aside from the owner of the No. 97 jersey, they lack defensive talent who can pressure opposing quarterbacks.

In 2021 Jarrett only got one sack, not because of a drop in level, but because he was exposed to double or triple blocking to contain his dangerousness.

In seven years in Atlanta, the defender added 26.5 sacks, but only last season he stagnated at one, something that the Falcons’ defensive coordinator, Dean Pees, said they will improve for the 2022 campaign.

“What we have to do is put someone next to Grady who creates pressure; we need to develop quarterback chasers. That will help Grady, because if all this pressure is not necessarily on him, he will be more dangerous,” Pees explained.

The role model to train those hunters for the young people in the team will be Jarrett until at least 2025, the manager shared.

“To me, he is what every young player on the defensive line should aspire to be. This guy is a professional through and through who takes his job very seriously in every aspect,” he detailed.

For the campaign that will start in August, the Falcons have linemen Anthony Rush, rookies Marlon Davidson and Ta’Quon Graham, as well as Vincent Taylor, who joined the team a few weeks ago from the Hoston Texans.

In more free agency moves this Tuesday, the Carolina Panthers signed three-time Pro Bowl Andre Roberts, a 34-year-old receiver with an NFL tour spanning nine teams, the last of which was the Los Angeles Chargers in 2021.

The Pittsburgh Steelers bolstered their secondary defense with the arrival of safety Damontae Kazee, who in 2021 played for the Falcons.

In Seattle, the Seahawks signed defensive end Josh Jones to a one-year deal, something the Jacksonville Jaguars also did with defensive end Adam Gotsis.