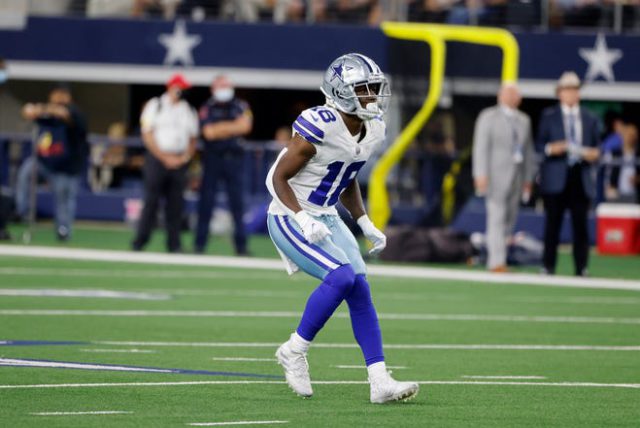 One spot where the defense definitely needed urgent help was this one. After several years of settling for low-key performances from the duo of Xavier Woods and Jeff Heath, the Cowboys got it right this time. While the investments were next to nothing for the money, the results were superb in the price-quality equation without question.

The great credit for that to happen should go to the unit coordinator for having placed them in their ideal places. There was the great value of hiring him. A common theme from last offseason to bolster that side of the ball without spending too much was betting on acquaintances of Dan Quinn who he had coached on the Falcons long ago.

The unknown was how they were going to perform. Their respective recent performances were not the best, hence their costs were so low. Injuries were another factor casting doubt on availability, so all were given one-year contracts. For this reason, the franchise must now make important decisions in a sector that will remain empty.

Although returning to the level of each one, it should be noted that all exceeded expectations. In particular, it was Jayron Kearse’s production that earned it an extension. Of the three veterans signed in free agency, he was the one with the lowest ceiling, but he was clearly the one who made the best contribution to the season.

Kearse finished as the team’s leading tackler with 101 combined. However, his contribution was in several areas. He added one sack, two interceptions and six QB hits to his roster. In the area where he was a relevant piece he was defending the running attacks by achieving nine tackle-for-loss. The ten passes deflected from him are another very valuable number.

One thing that stood out for him was his consistency. In most games he always made at least one relevant move. Perhaps not always as flashy, but he had decisive third-down tackles. In my opinion he was the third best in the unit behind Micah Parsons and Trevon Diggs, so I think management should try to keep him.

The other two tools in the safeties group also had acceptable performances. In the free safety role, Damontae Kazee earned the starting job. The presence of Malik Hooker served as support in that function. Both were returning from Achilles tendon ruptures that made their durability questionable.

The good thing is that none of them had to miss weeks due to serious physical problems. That is why your grades are approved. They contributed in every matchup Dallas had with similar numbers. Kazee had 52 tackles, two picks and forced two fumbles in 17 games with 15 starts. Hooker participated in 15 totaling a trade generated along with 44 tackles.

Definitely. The safeties with a secure link are only Donovan Wilson and Tyler Coyle. Wilson had impactful actions in 2020, although last season showed that he has a hard time being around every week. Coyle is a simple UDFA signed to complete the roster. In this position, both scouts and staff will not be able to relax because it will be mandatory to find replacements for those who leave as free agents.

The list is made up of the three main safeties of the team. Kearse, Kazee and Hooker will all become unrestricted free agents when the new NFL year begins in March. A situation with the complicated salary space makes it difficult to imagine that the three can stay, although surely in the coming weeks several movements will be made to make room. Kearse is perhaps the most expensive for having the best season of his career. One additional item to go is Darian Thompson.