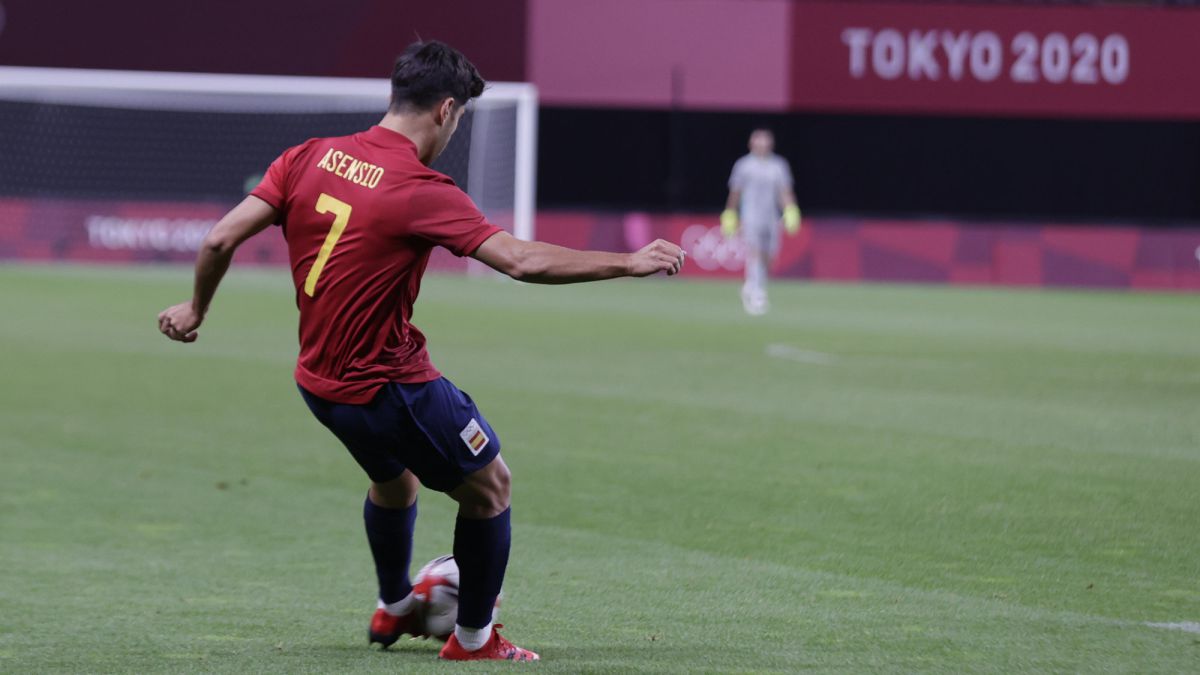 Luis de la Fuente prescribed several players bench syrup against Australia to seek a reaction after the draw in the first match against Egypt (0-0). There were up to five changes (two of them forced by the injuries of Mingueza and Ceballos) and two were big surprises: Merino and Asensio. Third and fourth team captain …

In the case of the Real Sociedad midfielder, the coach was radical (the only outfield player discarded by technical decision) but Asensio was given the opportunity to claim himself: he left in minute 68, with Spain stuck in the final meters (0-0).

When sitting a footballer of such weight in the team, there is the option of the reaction in both directions, positive or negative. In the case of the Balearic, his entry into the field was unbeatable: motivated, he participated in almost all the attack actions and changed the face of Spain. He acted on the right wing, from where he contributed verticality, overflows and centers. He placed up to three dangerous shipments in spike zones and it was the last of them that Oyarzabal stroked the goal with his head. Something that avoided a dramatic situation for Spain.

The three points are vital, although almost as important for De la Fuente is to have plugged in a footballer of such a high level at the right time. “It is very good! I have a predilection for him, he is different ”, explained the coach in an interview with AS before the start of the championship, when he was asked about the reasons for his call despite the fact that he had not been to the Under-21 European Championship in which the ticket was obtained. Aware of the performance it can give, De la Fuente wanted Asensio to rebel after his replacement. Right now the coach does not contemplate a scenario without the madridista on the field at key moments of the championship. He wanted a positive rebellion that he achieved.

Few coaches know both Asensio and De la Fuente. The coach had him under his command in 2015, at the U19 Euro Cup that La Rojita won in Greece. Although in a different way, the spotlights also pointed to Marco in that tournament, because a few months before Madrid had signed him from Mallorca. As has happened in Tokyo, it was difficult for him to start. He left a discreet group stage and uncovered the jar of his class in the semifinals, against France: he made a decisive double.

De la Fuente knows that Asensio goes from less to more in these tournaments, especially at this stage of the season. Tuning into such an explosive player takes time. The injury of Ceballos, the leader of this group, forced him to ‘pinch’ the Spaniard to take a step forward. He understood, reacted and now claims stripes for the decisive match this Wednesday against Argentina (13:00, La1).