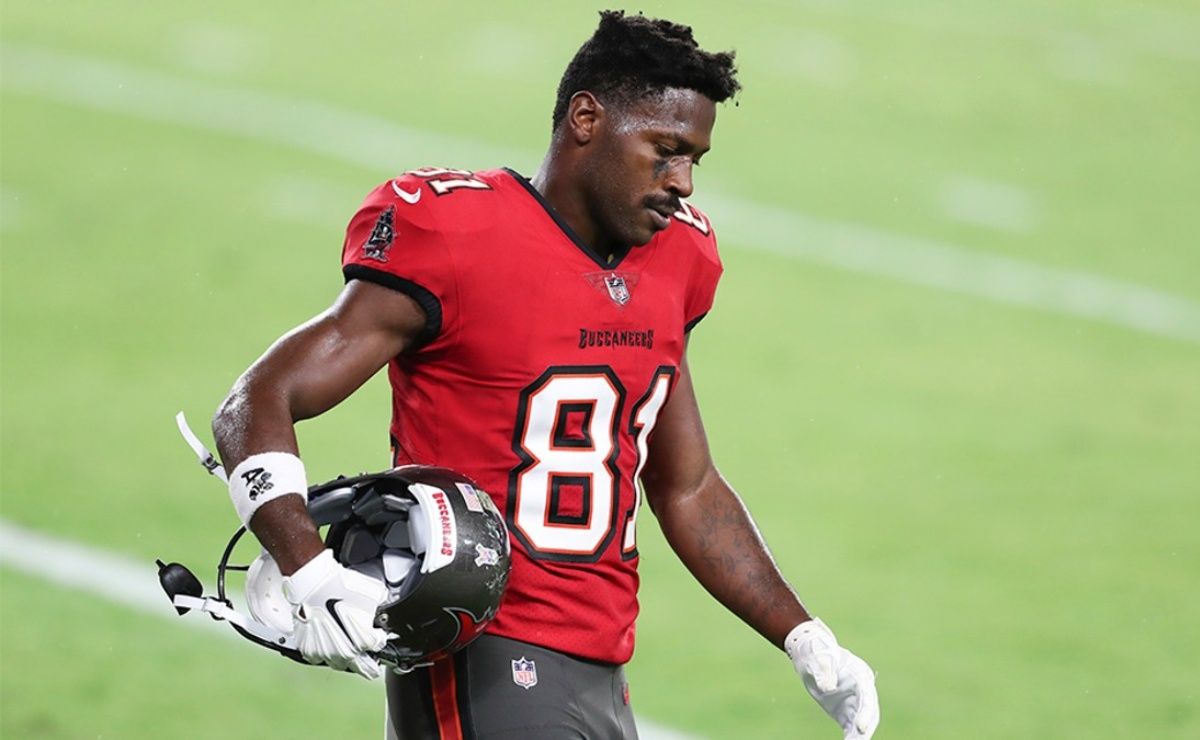 One of the best receivers of the NFL in recent years, Antonio Brown has had an exemplary career within the grids

Unfortunately the same cannot be said of his actions outside of her because he has been accused by several women of assaulting them and they have sued him multiple times.

The NFL suspended Brown for three games after it was discovered he lied about his vaccination status prior to the 2021 season; used a fake card to get the league to change the Covid-19 protocols it had to follow.

According to an ESPN report, Brown decided to get vaccinated after a member of the Tampa bay buccaneers warned him that he could be arrested if it was discovered that he bought a fake card; According to the NFL statement, the player accepted his punishment.

In September 2019, an artist, who wanted to remain anonymous, revealed to Sports Illustrated that Brown harassed her while painting a mural for one of her houses; After telling her story, she was threatened by the player through a messaging service.

The artist’s attorneys sent a letter to the NFL with screenshots of what Brown did and the league contacted them immediately; after this, the New england patriots Brown was fired.

In 2019, a former classmate of Brown’s college filed a lawsuit in federal court for assaulting her multiple times between 2017 and 2018; the victim had been his personal trainer.

After two years, Brown and the plaintiff reached a financial settlement to terminate the lawsuit; the NFL investigated him for this, but did not punish him.

According to a Sports Illustrated report in 2019, Brown organized and participated in a charity softball game to support a foundation, which was to include an auction; Brown saw a painting they made of him and bought it. According to the organizers, he promised that he would pay them more than 13 thousand pesos for her, but they confirmed to the media that he had not done so.

Multiple people have sued Brown for not paying for his services or, in one particular case, for nearly hitting a child and his grandfather with a piece of furniture and causing them emotional harm; This last incident was in April 2018 in Florida and arose because money and jewelry were allegedly stolen from an apartment that he rented, so he responded to the situation by throwing things out the window.

This latest lawsuit was settled with a settlement, where Brown agreed to pay the boy for college and donate a sum of money to charity.

On several occasions the police have had to intervene in a situation in which Brown is involved; the mother of four of her six children has been involved in many of the incidents where the presence of the authorities was required.

Brown was arrested in January 2020 by local Florida authorities after assaulting a driver who works for a moving company for moving some of his belongings to a home in Hollywood, Florida.

City police brought charges against the receiver and his personal trainer for the event; In June of that year, Brown settled with the Broward County prosecutor’s office to receive two years of probation, do community service and attend an anger management course as punishment for the incident.

This incident and his threat to the artist were the reasons why he received an eight-game punishment by the NFL for the 2020 season for breaking the rules of conduct.