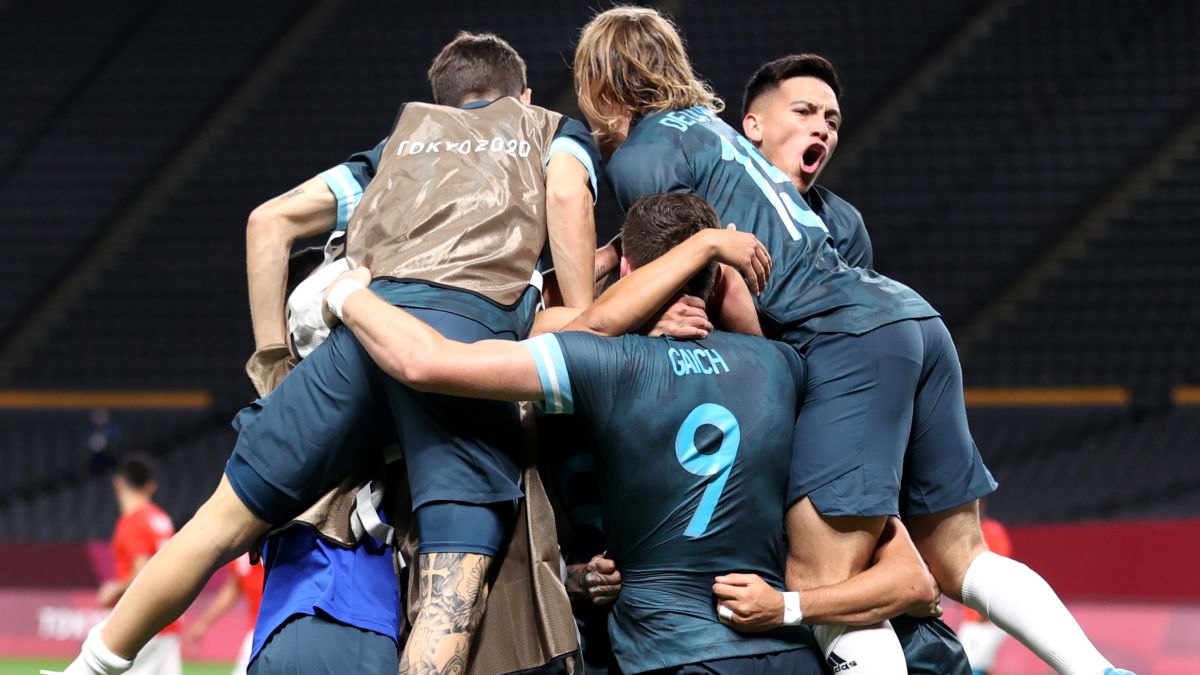 The anthems were playing at the Sapporo Dome and Argentina knew what it needed. Against Egypt only victory served. For this reason, the team led by the Batista Ball He came out onto the pitch with great intensity, giving the ball rhythm in the first minutes and positioning himself at the top to hinder any attempt by Egypt to move the ball. The albiceleste did not take long to give the first scare to her rivals. In minute 5, Tank Gaich smashed the ball on the crossbar in search of the first goal.

Without getting ahead on the scoreboard, the intensity of the game diminished. In Argentina doubts did not take hold, but they did suffer with the passage of the first half to generate chances. With an Egyptian team that was closing spaces and calibrating everything much better in their field of play, those of Shawky Garib trusted everything in attack to the direct game on Rayan and the talent of Ramadan Sobhi. This second, he warned the albiceleste with a shot inside the area. Ledesma, solid and confident, went to the ground to stop the shot.

The first part was arranged between a struggle from Argentina to find spaces and the Egyptian defense showing strength and security near their area. With hardly any spaces for the Argentines, there were no great occasions, which led to both teams going to rest with equality on the scoreboard.

The start of the second half was not far from the beginning of the match. Argentina came out onto the pitch with the same desire to score as before. Knowing of the Egyptian defense, a center of Ezequiel Barco he ended up crashing into the post in the 52nd minute. The rejection fell on the boots of Medina, who was inside the rival area and with his right leg he shot hard to put the 0-1.

With the result in their favor, and without the timer going against them, the albiceleste showed tranquility on the green. Bocha Batista’s men dispensed with the ball more, knowing that it was not the strong point of their rivals. But they also defined the defenses and attacks well to keep the opposing players away from Ledesma’s goal.

The best alternative for Egypt was once again Ramadan Sobhi, who tried to throw the national team on his back to reach the tie. The talented winger had an individual play near the Argentine area in which he almost got a penalty. His free kick, poisoned, passed in front of the albiceleste goal without any of his teammates managing to finish it off to send it to the net.

With forceful defense and keeping every action at bay, Argentina did not allow there to be chances in their field. The minutes ended up detaching from the clock so that the albiceleste managed to add her first soccer victory in the Tokyo 2020 Olympic Games. An important step to be alive and add three points that are much more than a number. Now, Batista’s men will wait for Spain to play the important final match of the group stage.