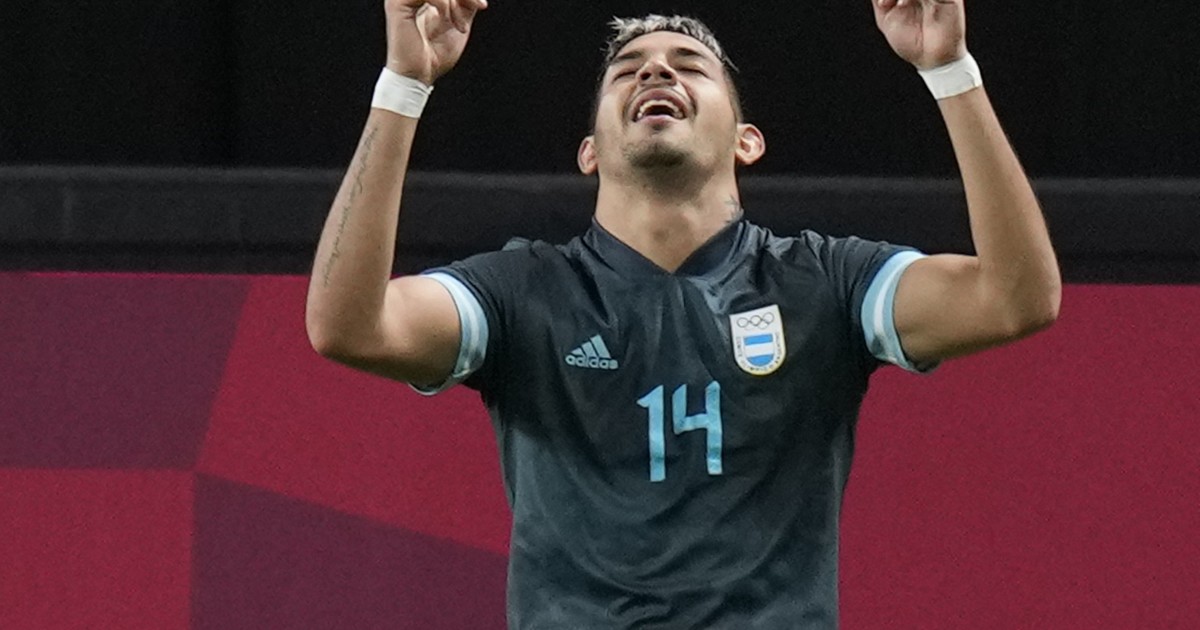 Argentina and Spain recovered on Sunday from a not auspicious start in men’s football at the Olympic Games, by winning by the minimum in their crashes against Egypt and Australia, serving the table for a crucial game in the closing of their key.

La Albicelente, however, is the one with the highest demands within Group C.

Without shining and leaving doubts in attack, the team led by Fernando Batista defeated a stubborn Egypt 1-0, with a goal from defender Facundo Medida in the 52nd minute. They added their first three points, after losing to Australia 2-0 in the opening.

In the second hour, a Spain armed with several players who reached the semifinals of the recent European Championship also had to lavish more than necessary to tame Australia with the same score. The scorer of his striker Mikel Oyarzabal, who was in Euro 2020.

La Roja commands the area with four units. Thus, with a draw against Argentina on Wednesday it would be enough for the Spaniards to go to the quarterfinals. Spain came from equalizing without goals with Egypt.

Australia, with three units and better goal difference than Argentina, is measured that day against Egypt, with their destiny in their hands.

“We tell the Argentines to be calm because we are going to give everything as a group, as we always do,” said Medina. “We already have our heads set on the match with Spain.”

Unlike Argentina, his old archrival Brazil is more comfortable in his key. On Sunday, they drew a goalless draw against Ivory Coast in Yokohama, a not inconsiderable result considering that Verdeamarela played with ten men for the expulsion of midfielder Douglas Luiz in the 13th minute.

The current champions came from submitting Germany 4-2 in their debut and lead Group D with the Ivorians, with four points each, although the South Americans have better goal difference. They close on Wednesday against Saudi Arabia. Germany was in third place after beating the Saudis 3-2.

Mexico, meanwhile, fell flat when they fell 2-1 to Japan after thrashing France 4-1, leaving the host with one foot in the quarterfinals as they assembled their second straight win in Group A. France recovered to the beat South Africa 4-3 and has the same units as Mexico, although it is down on goal difference.

Knowing that it needed victory, Argentina went with everything to attack from the beginning and after 4 minutes the first one almost sings with a powerful shot from its forward Adolfo Gaich that crashed into the post. But from there, the Argentine team was losing intensity and clarity.

The Albiceleste goal finally arrived in a play with a stopped ball. A corner kick was caught short and Medina combed the center. The ball hit the base of the left post and was left to the defender of Lens de France, who sent it to the back of the net.

After so much fighting and trying, Spain finally found the goal in a Marco Asensio center that Real Sociedad forward Oyarzabal combed towards the back of the net from the center of the area. Spain scored again in the Olympic Games, 21 years later and after winning silver in the 2000 Sydney final.

After overwhelming the Germans with a hat-trick from Richarlison, Brazil found themselves at a disadvantage early on Sunday when Aston Villa’s Luiz was sent off for a foul against Youssouf Dao heading alone into the area. The referee showed him the yellow first but after consulting with the VAR he took the direct red.

Everything was complicated for Canarinha against a rival who had defeated Saudi Arabia 2-1. The African team also suffered the expulsion of midfielder Eboue Kouassi at 79.

Thanks to a goal three minutes from the end of their striker Rigoberto Rivas, Honduras rallied to beat New Zealand 3-2 and keep their hopes of advancing in Group B alive.

The Hondurans, who play their fourth consecutive Olympic men’s soccer tournament and came fourth in Rio 2016, had just lost 1-0 to Romania. They are tied for the first box with three points along with New Zealand and South Korea, who beat Romania 4-0. They define their luck on Wednesday against the Koreans.

Defender Liberato Cacace opened the scoring in the 10th minute and attacker Luis Palma momentarily equalized in the first minute of the first half. Chris Wood put the Oceania team in front again at 49, but attacker Juan Obregón at 78 and then Rivas nine minutes later put up definitive figures for the Honduran victory. Both forwards entered the second half.

With a goal from Teji Savanier in injury time, France beat South Africa 4-3 to stay alive in the tournament.

The French had come back three times in the duel. They did so thanks to a triplet from Andre-Pierre Gignac, their forward who plays in Mexico with Tigres UANL.

With nine minutes remaining, Teboho Mokoena put the South Africans 3-2 ahead. But Gignac converted a penalty at 86 and then Savanier sentenced with a shoe.