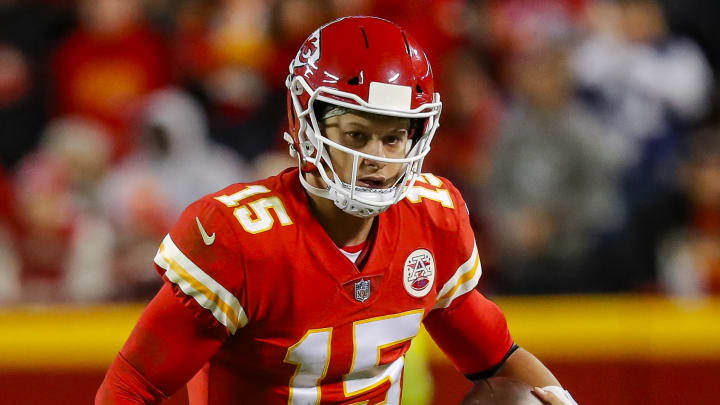 The Kansas City Chiefs started the 2021-22 NFL season as one of the favorite teams to reach the Super Bowl once again, however their defensive irregularity condemned them to a poor performance during the first weeks of the campaign.

After adding his fourth victory in a row, everything seems to indicate that the defense is finding its best rhythm and with this Patrick Mahomes has become increasingly comfortable on the attack, beating difficult rivals such as the Green Bay Packers and the Dallas Cowboys.

During their streak they have restricted their rivals to just 11.7 points per game, while the Chiefs have scored 23.2 points, evidencing a balance that could put them back on track to fight for the title.

The main rivals they have today in the AFC are the Baltimore Ravens, the New England Patriots and the Buffalo Bills. There appear to be no strong candidates within his division, other than a remarkable performance from the Los Angeles Chargers.

The Patriots are 7-4 and are fighting in the East with the identical brand Buffalo Bills. On the one hand there is a quarterback already established as a league star like Josh Allen and on the other the rookie Mac Jones, who has the backing of a robust roster that carries five victories in a row.

On the Ravens’ side, they are once again counting on the best version of Lamar Jackson, who in another MVP-caliber season has Baltimore as the leaders of the North division, even beating the Chiefs at the start of the season.

One of the teams with the best record in the AFC is the Tennessee Titans with a record of 8-3, but it seems difficult that they have the arguments to consolidate themselves with the absence of Derrick Henry, who was seriously injured and would not return this season .

The outlook for the Chiefs after their bye week has teams that on paper could overcome their current rhythm, such as the Denver Broncos (x2), the Pittsburgh Steelers and the Cincinnati Bengals.

It will be a matter of time to see if this evolution of the last weeks really shows his best level or if otherwise what he saw at the beginning of the campaign ends up condemning his season.

Are Chiefs the favorites to reach the Super Bowl in the AFC again?