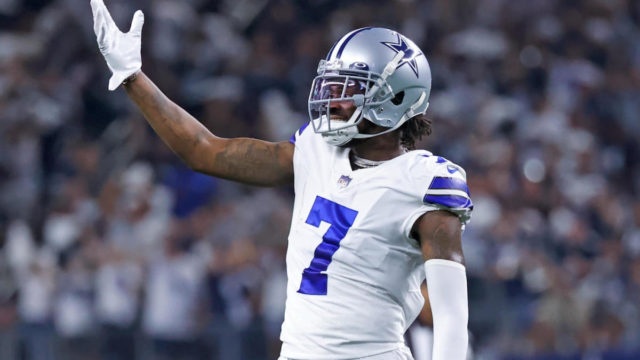 Training camp is proof that the season is coming. There it is usually defined how the roster will be formed based on individual performance. That preparation won’t start until the end of July, though it’s worth previewing the team to see who’s most likely to be on the depth chart. We’ll also take a look at who has a guaranteed spot, which players would make it a feat to make the cut, and which positional battle will be interesting. Today: cornerbacks.

Those who have a guaranteed place

Undoubtedly one of the reasons why there is some enthusiasm in the fans is the young duo that leads the defense. Diggs along with Micah Parsons were the top two last season and they are expected to continue down that path. Although it will be somewhat complicated because their contributions were magnificent, they have the potential to repeat what they have done. The cornerback starred in a breakout that took the league by surprise.

As a rookie he had shown good elements in a disastrous team, although the jump was so wide that it was unexpected. The production he had made clear his past as a wide receiver coming to Alabama because the plays made on the ball were his highlight. The eleven interceptions he had served to lead the NFL in that area by far.

Another issue that drew attention was having achieved at least one pick in each of the first six performances. To his credit he also added two returns for scoring, so his impact was considerable. It wouldn’t be fair to expect him to repeat that production, but don’t rule out five or six interceptions depending on whether quarterbacks dare to throw to his side.

Brown is another player who has a place in his possession. The experienced cornerback had two duels to forget in 2021. In the opening match against the Buccaneers he left a lot of concern and in week 12 against the Raiders his infractions were very costly. However, it is undeniable that his performance was very consistent throughout the rest of the season. With that lift he appears fixed lining up opposite Diggs on the Cowboys’ perimeter.

Lewis emerges as the third established member of the secondary defense. The abilities of this CB make it a good piece in the slot. Taking into account the gap that exists with respect to young people, his place is not in dispute.

Wright appears as another firm leading man on the roster. In his case, it is not because of a high level, but rather that he will only be in his second year in the franchise. Being a third-round pick gives him some extra leeway, though it’s also fair to note that he was productive on special teams. CJ Goodwin is the last of this category, but the role of the veteran is limited to special teams exclusively.

One situation to watch closely is that of a high pick from last year. Joseph was drafted 44th with some uncertainty due to character issues. Precisely because of the non-sports he is located in this section. The serious event in which he was involved forces him to leave him here until that event is clarified a little more. If nothing appears that harms him, he will be on the roster for the investment made in him, although his unpredictable actions do not give certainties.

Bland falls into this category despite being elected in March. That’s because he was a fifth-round pick, so he’s not guaranteed anything. Dallas usually gives its picks a chance to make the top 53, but the sheer number of cornerbacks on the roster makes it pretty tough.

Those who make up this list should focus on being on the practice squad as an achievable goal. The oldest is Kyron Brown, although he had almost zero participation. Last year he was present for 23 snaps on special teams during the visit to the Chiefs. Quandre Mosely and Isaac Taylor-Stuart are two undrafted free agents who round out the category.

The boxes of the depth chart give the feeling of being almost immovable. With Diggs and Brown on the wings and Lewis in center, the defense found a good connection between its members. That communication is also essential to defend the aerial attack. Although a battle to be the starter as a slot corner could be interesting.

Lewis has an obvious advantage over his competitor. It all depends on what happens with his off-the-field problem, but Joseph had decent snaps in some tight games. He will surely have to shine too brightly in the preseason to fill that spot. Still, there could be a contest to follow closely.

What is expected of cornerbacks is that they maintain their style. The element that characterized them was their ability to make plays on the ball. That was proven in the statistics. Diggs was notoriously the best of them with 11 interceptions from him. However, everyone contributed in that facet. Both Brown and Lewis got three each.

Getting close to those numbers would be great. The opposite effect that this way of covering has is the great advances allowed. There Diggs gave up the most yards, but the Cowboys are willing to take that risk. Perhaps a reasonable goal is to better control that aggressiveness to attack the ball without giving up as many explosive passes.

Analyzing the possibilities of each player: cornerbacks