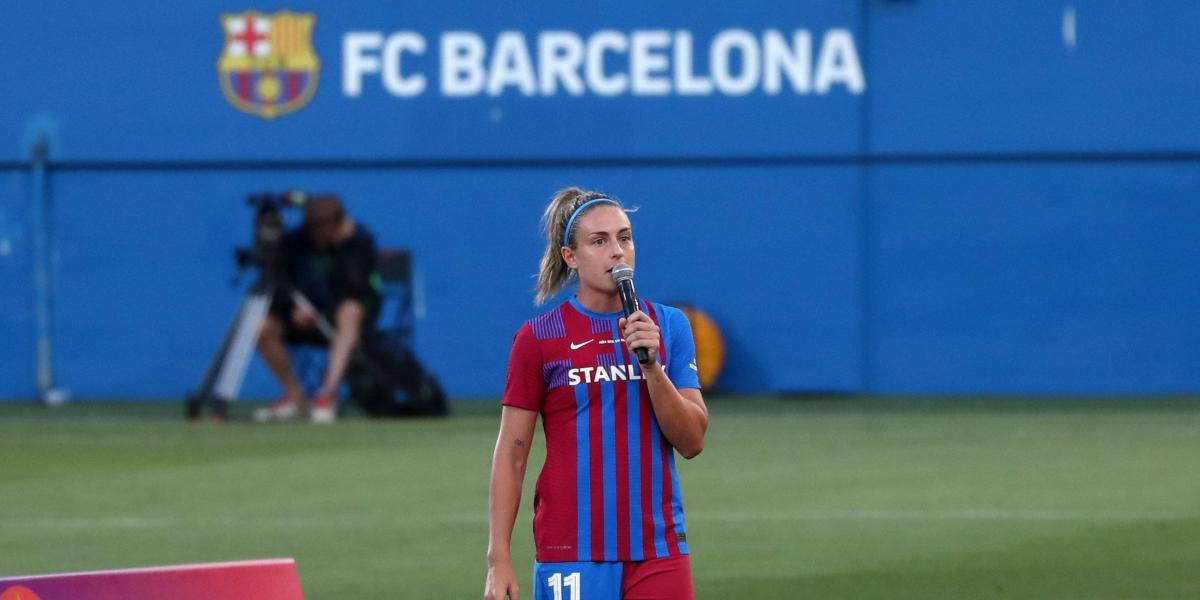 In the innovative joint presentation of Barça de Ronald Koeman and Jonatan Giráldez’s Barça between the female and male Gamper, Alexia Putellas’ speech as captain captivated everyone present for her culé sensitivity, sanity and measured ambition.

The midfielder, who opened the captaincy after the departure of Vicky Losada, began by saying that “for us it is a pleasure to be back in our stadium, the Johan Cruyff, we are very happy to have disputed this Gamper for the first time and to win it. “He recalled that” last year, as the coaches have said, was a complicated year, we started with these empty stands and little by little in the last months we have you here again and we live unforgettable moments, like the semifinal where you pushed the team to the end of the Champions“.

He regretted that “in that final you could not be because of the damn pandemic and one of the illusions we have is to repeat it with you in the stands”.

And he concluded: “Cup, League and Champions. This is incredible. It has to be given the merit it deserves, few clubs can say it. But it is past, in our head it is past. We wear this shield, we know what it means, we have We have to improve training after training, match by match, to seek excellence with our style of play. It does not guarantee anything, but by doing this with you we are closer to winning everything. Barça It’s the best there is”.

Jonatan GiráldezFor his part, he also made his debut as a coach and the fans knew his message: “This victory against the Juventus is for you, he said before asking for applause “for the first Champions of the history of the section “. Like Alexia, he pointed out that” we miss you and we need you to be very close to help us to become the best team in Europe again “.

He concluded by noting that “my wish is that at the end of the season all together, with the public and the staff, we can enjoy another night celebrating the season’s titles. Thank you very much, visit Barça and Visca Catalunya.”