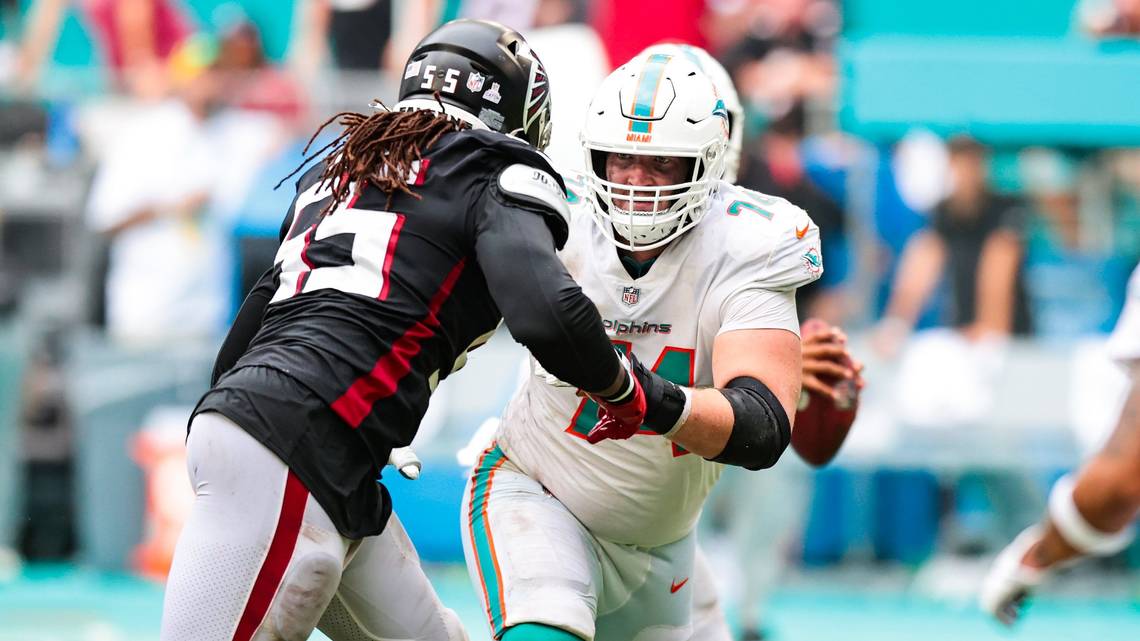 That the Dolphins traded DeVante Parker to a division rival and didn’t drastically weaken depth at wide receiver speaks to the work GM Chris Grier and company have done to rebuild the team, specifically on offense over the past month.

The Miami team has used practically all the mechanisms at its disposal to improve its payroll after the 9-8 mark they reached in 2021.

They were active in the early days of free agency and trailed only the Jacksonville Jaguars in guaranteed money given out.

They were involved in one of the biggest trades of the offseason when they acquired star wide receiver Tyreek Hill.

And most recently they restructured the contract of their best player, Xavien Howard, ensuring that the cornerback position remains a strength for 2022.

While the Dolphins have been one of the busiest teams in the NFL this offseason, they have retained the flexibility to make additional moves.

They sent four draft picks to get Hill from the Chiefs and trade Parker to the Patriots, which now leaves them with that many picks for next month’s college draft.

They’ll have to use those picks and about $20 million of their cap space to fill unfilled holes on the team heading into the 2022 season in September.

Here the needs that remain in the team.

One big question mark remains, though, at arguably the most important spot on Miami’s offensive line: right tackle.

This is blindside quarterback Tua Tagovailoa and the Dolphins would be better off ensuring this position has a viable starter after Jesse Davis, who was released, struggled throughout 2021.

Liam Eichenberg and Austin Jackson began most of last season at left tackle and left guard, respectively, and are expected to compete for the starting right tackle position.

However, both were injured and no starting roles can now be assigned to them.

The Dolphins won’t make their first draft pick until late in the third round, but again, since that’s Tagovailoa’s blindside, right tackle is a position the team must find a clear answer to in the coming months.

The Dolphins know the importance of improving the inside linebacker position and that’s why they retained their top three mainstays along with Jerome Baker.

The team re-signed Elandon Roberts, Duke Riley and Sam Eguavoen, but they all received modest one-year deals that don’t indicate there are any long-term plans with them on the team.

Modern NFL defenses are increasingly moving away from traditional models and using formations with more defensive backs, so Miami doesn’t necessarily need a linebacker who plays every game alongside Baker.

But Baker has been extremely effective as a point player and the Dolphins could use a linebacker who has the skill set to slow down the run and pass every time Baker moves out.

At the league’s owners meetings in Palm Beach, Grier threw his support behind Michael Deiter, who is entering his fourth season after starting eight games at center in 2021.

Grier also said the team would add “competition” for Deiter, who Grier says is still growing as a player.

Pro Football Focus rated Deiter as a below average center in 2021, but Grier’s comments show the team believe Deiter’s best performance is still ahead of him, especially with a new coaching staff.

At this point, center doesn’t have the responsibility that right tackle might be, but the Dolphins will need to add another player at that position, either a starter or one who can compete with Deiter in training camp.

The punter is the only position that does not have a player on the roster.

The Dolphins have not re-signed Matt Palardy and it looks like the team is headed in another direction in 2022.

While much of the focus has been on improving the offense and keeping the defense together, the importance of special teams cannot be forgotten.

Miami saw firsthand how you can change field position and how you can alter the momentum of the game with a strong punt, or a weak one, and they should spare no expense to find a capable player.

The Dolphins prevented the defensive line from becoming a huge need by signing Emmanuel Ogbah to a four-year deal worth $65 million.

The team has a good core along the defensive front with Ogbah, Christian Wilkins, Raekwon Davis and Zach Sieler.

However, the defense struggled to build pressure during the first half of the season and could use an additional player in their rotation who can move down the line.

After a busy free agency, what positions do the Dolphins need to fill?