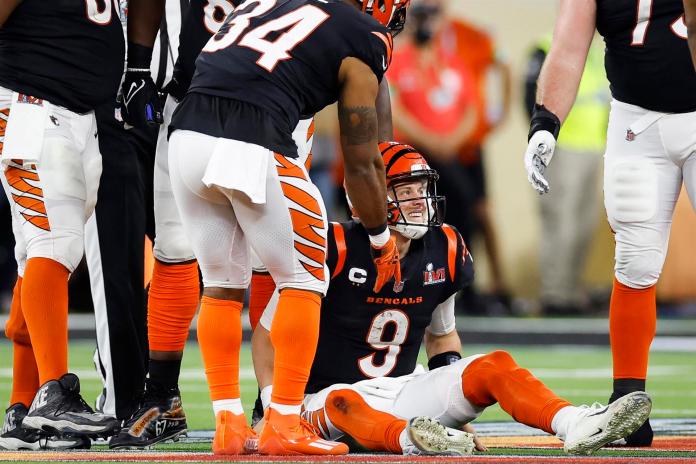 Sports Writing, March 20 (EFE).- The champions of the American Conference of the NFL, the Cincinnati Bengals, reinforced this Sunday the protection for their passer Joe Burrow with the hiring of offensive lineman La’el Collins.

The deal with former starting quarterback Dak Prescott on the Dallas Cowboys is for the next three seasons.

The 28-year-old lineman joins the signings of center Theodore Karras, 29, who comes from the Patriots, a team with which he won the Super Bowl twice, and guard Alex Cappa, 27, formerly of the Buccaneers, with those who won an NFL championship.

Coach Zac Taylor’s team needed to beef up their offensive line after the 2021 season allowed the most quarterback sacks with 51.

To those captures we must add those that Joe Burrow suffered in the playoffs; in the division series against the Titans, the Bengals set a losing record with nine sacks allowed, and in Super Bowl LVI, which they lost to the Rams, they allowed seven.

In other relevant movements of free agency this Sunday, the Los Angeles Chargers signed the former tight end of the NFL monarchs, the Rams, Gerald Everett, for two years in exchange for 12 million dollars.

In Carolina, the Panthers signed linebacker Cory Littleton for the 2022 season for $2.6 million. Littleton played in 2021 for the Las Vegas Raiders.

Also on Sunday, receiver JuJu Smith-Schuster, who yesterday was announced as a new Chiefs player, said at a press conference that he chose Kansas City because he wanted a team that was constantly fighting for the championship.

“I made the decision to come here to win. I like to compete for championships and I know there is a lot I can do to help the team and produce. This year you will see it; like I said, I’m here to win, ”said the former Steelers element at his presentation.

Smith-Schuster will be one of the offensive options of quarterback Patrick Mahomes in the Chiefs, the most dominant team in the last five years in the AFC with six consecutive Western division championships and four straight Conference finals, of which they won two.