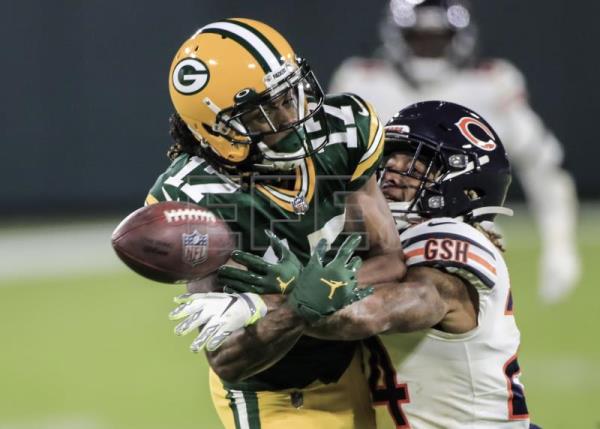 This designation, which the 32 teams in the league have as an option, serves to retain their most outstanding talents or receive compensation in case they lose them in free agency that starts on March 14.

Numbers that support the value of Adams in Green Bay, especially now that the permanence of quarterback Aaron Rodgers has been confirmed, who has one of his favorite weapons on offense in the receiver.

With the Cowboys, 25-year-old Dalton Schultz, drafted 137th in 2018, had 78 receptions, 808 yards and eight touchdowns in 2021, numbers for which Dallas tied him up to try to sign him to a multi-year contract in the coming months.

Chris Godwin is on familiar ground with the Buccanners. It is the second year in a row that he has been designated a franchise player due to the difficulty of reaching a deal that would tie him to Tampa Bay for a long time.

In the 2021 campaign, the 26-year-old receiver had 98 receptions, 1,103 yards and five touchdowns in 14 games; in the season finale he suffered a torn anterior cruciate ligament.

Mike Gesicki, with five years with the Dolphins, is the team’s most productive tight end. In the campaign he accumulated 780 yards and 73 receptions; he is the eighth player with the most yards at his position in the NFL since 2018, an element that Miami is not willing to lose.

Also receiving the franchise tag on Tuesday were 26-year-old offensive lineman Cam Robinson for the second straight year with the Jacksonville Jaguars, and cornerback Christopher Jackson, also 26, of the New England Patriots.

In total, there were nine elements that received this label this NFL offseason.

Adams and Schultz designated franchise players for the Packers and Cowboys