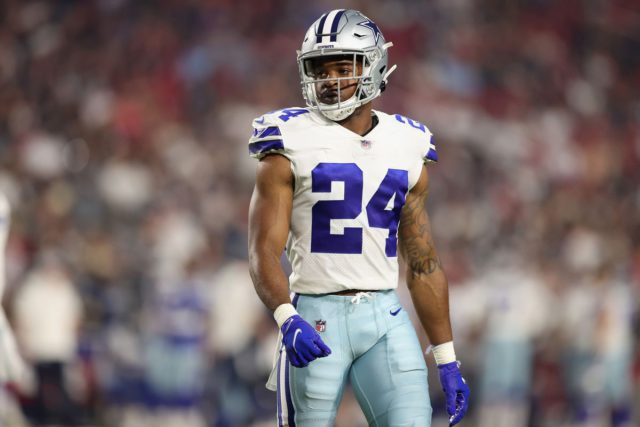 With training camp just days away in Oxnard, many Cowboys players are expected to step up when it comes to performance. Among them is cornerback Kelvin Joseph. Who would be entering his second year as a professional. Sure, his first year in the NFL was littered with injuries and some off-the-field issues. But there are experts who are hopeful that the defensive back will become a great reference in 2022.

Don’t forget that Joseph himself became the Cowboys’ 44th pick last year. However, during the preseason he developed discomfort and was placed on injured reserve in early September. Only to be activated again at the end of October, participating in seven games, and notching 16 combined tackles and two passes defensed.

Although he may have had little relevance in his first year, Pro Football Focus sees him as a great candidate to be the surprise in this season that is about to begin. Among the opinions, there are extremely solid arguments that are worth taking into account.

“It took Joseph a long time to see the field in 2021, but it was worth the wait,” they comment from PFF. “In just 97 coverage snaps, he allowed just seven catches on 15 passes to opposing receivers. Him allowing just 49 yards and making two passes defensed. What causes the greatest intrigue for Joseph is everything that is unknown. Since he participated in all 757 snaps of his entire college career.”

One detail to take into consideration in all this is that Joseph was part of two universities. He started his career at LSU only to end up expelled and transferred to Kentucky. In this last university, according to PFF he only allowed 271 yards with the Wildcats.

“As one of the youngest players in the 2021 Draft, Joseph won’t turn 22 until November. All this implies that his ability should continue to rise, ”they continued in PFF.

Notably, Joseph was placed at number nine out of fifteen candidates to be a great sensation in their second year as professionals. Although being realistic, the cornerback has a somewhat complicated situation. Both in the sporting aspect and in everything that he has nothing to do with it.

Speaking of sports discipline, he has yet to earn a spot in training camp. For that, he will have to look much better than Anthony Brown and not only this, but maintain consistency and avoid injuries. Also, in the non-game aspects, Kelvin could get a suspension from the NFL thanks to the problems he had. Let’s not forget that Joseph was in a vehicle that carried out a shooting in Dallas that ended in homicide. And yes, despite the fact that the player did not end up behind bars, we still have to wait for what the league authorities will decide. After all, they could use Joseph as an example to prevent others from doing something similar.

Statement from the #Cowboys on Kelvin Joseph being a person of interest in a March homicide in Dallas. pic.twitter.com/m2Z5fqAWnE

The Cowboys definitely expect a big performance from Joseph in California to see how they could use him in the new season. However, they are still waiting for what the NFL can decide regarding his situation. The good news is that at least there are experts who believe in its great potential. Even Coach McCarthy himself supports him and said that the boy has had a very productive offseason. In general, you just have to be patient and see the results of the preseason in relation to the defensive back.

According to PFF, Kelvin Joseph may be one of the revelations this year in