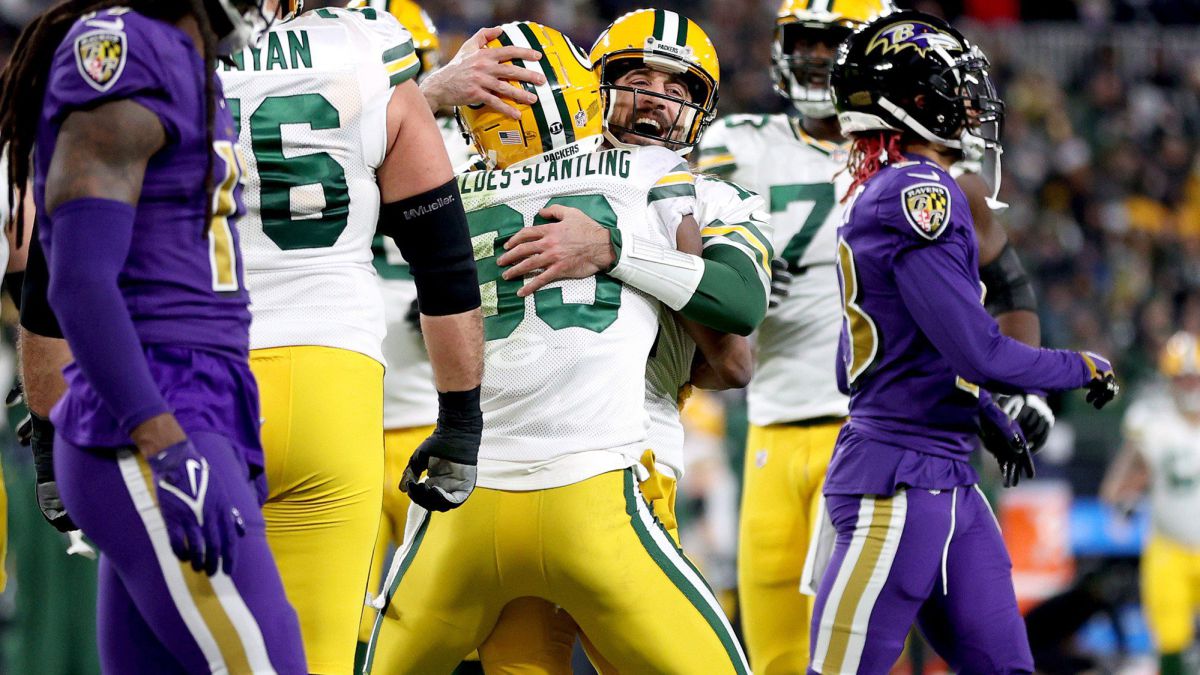 The Green Packers became the first team to qualify for the Playoffs in the 2021 NFL season after defeating the Baltimore Ravens 31-30, who could not count on their star quarterback, Lamar jackson, due to an ankle injury.

Aaron Rodgers He threw three touchdown passes and will play in the postseason for the 12th time in his 17-year career, and 14 as a starting quarterback for the Packers.

Rodgers is looking for his second Super Bowl appearance, after staying on shore in 2019 and 2020, when Green Bay lost the Conference Finals to San Francisco and Tampa Bay, respectively.

With the victory, in addition, the Packers remain in the first place of the seed in the NFC and incidentally broke a streak of 13 wins in a row for Baltimore against rivals in the National Conference. The record is 17 in a row, held by the New England Patriots (2005-09).

Tyler huntley he did a good job as a backup for Jackson, with 215 yards, two touchdown passes and zero interceptions. He was also the Ravens’ best running back, with 73 rushing yards and a pair of touchdowns, both in the fourth quarter.

The Ravens hit first and hit twice, when Huntley connected in the end zone with the tight end. Mark Andrews, on plays of 8 and 9 yards, leading Baltimore 14-7 midway through the second quarter.

Huntley brought the home team closer to possession on a three-yard breakaway across the end zone with 4:47 left and the score 31-24.

The Packers quickly delivered the ball and the Ravens offense would have one last chance to tie the game.

A 15-yard dash from Huntley put Baltimore at 34 from Green Bay. Two passes to midfield with Andrews left the Ravens at the 8-yard line, and then Huntley himself rushed the ball for 31-30 with his second touchdown of the night.

The coach John harbaugh It was for the conversion of two points, but the pass to Huntley was deflected by the safety Darnell savage.

The Packers recovered the short kick and escaped Baltimore with a scare and their third consecutive victory.

It’s the second time in three weeks that Harbaugh has a chance to tie the game in the final seconds and prefers to go for the two-point conversion to try to win. He also lost to the Pittsburgh Steelers.

The stats and what’s coming

Aaron Jones was Green Bay’s best running back, with 58 yards, but the Packers’ only rushing touchdown was a AJ Dillon, on a two-yard play at the start of the second quarter.

Valdes-Scantling had one of his best games of the season with five receptions for 98 yards.

In Week 16, the Packers host the Cleveland Browns, who play the Las Vegas Raiders this Monday; Baltimore visits the Cincinnati Bengals, second in the AFC North Division.