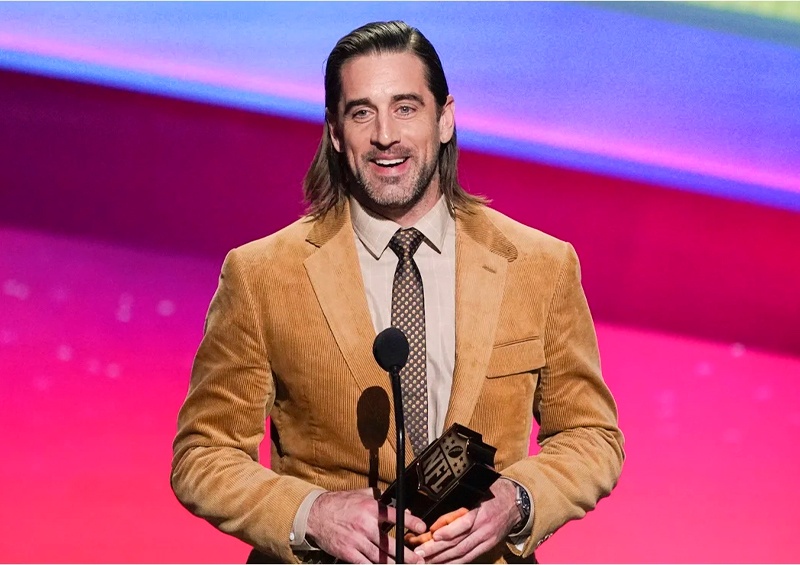 The pin of the Green Bay PackersAaron Rodgers, was chosen for the second year in a row as the Most Valuable Player in the NFL in the delivery of the NFL Honors.

It may interest you: Is Aaron Rodgers the NFL Christmas Patty?

The ceremony awards the best of 2021 in different categories and takes place prior to the match for the Lombardi trophy. Super Bowl LVI will take place this Sunday between the Los Angeles Rams and the Cincinnati Bengals at SoFi Stadium.

MVP for a fourth time.

The Green Bay quarterback left behind Tom Brady, Johnny Unitas, Brett Favre, Jim Brown, who have three, and was one behind Peyton Manning, who is the top winner with five MVPs.

“Aaron Rodgers”:
Because @AaronRodgers12 he won the fourth MVP Award in his career.pic.twitter.com/IrJ3lvsM3a

“It has been an incredible 17 years, I am grateful for the memories throughout these years. I would like to especially thank Matt LaFleur for trusting me and my teammates,” he said.

Rodgers finished the season with 4,115 yards and 37 touchdowns and led Green Bay to the playoffs.

WHO WAS AWARDED IN THE NFL HONORS?

Ja’Marr Chase, a 21-year-old wide receiver for the Cincinnati Bengals, was presented with the Offensive Rookie award. He was the fourth best receiver of the season with 1,455 yards and 13 touchdowns.

Mike Vrabel of the TitansHe won the Coach of the Year trophy. Vrabel managed to get his team to finish the regular season as the best in the NFL with a 12-5 record despite losing his best player to injury for most of the season; running back Derrick Henry, and his two star receivers; AJ Brown and Julio Jones.

The Comeback Player of the Season award went to Bengals quarterback, Joe Burrow, who tore the anterior cruciate ligament and the medial collateral ligament in his left knee in November 2020, in a game against Washington, in week 10.

It may interest you: Joe Burrow the hope of the Bengals

Burrow returned this season to lead the Bengals to the AFC North title, the AL championship and will now play the Super Bowl LVI against the Los Angeles Rams.

In the ceremony of NFL Honors also announced the eight new members of the Hall of Fame of Professional American Football, which honors the best of the NFL in history and the Walter Payton Award, a recognition of the work with the community.

The Walter Payton Prize was awarded to Andrew Whitworthlineman for the Rams.

Aaron Rodgers is the MVP of the NFL season