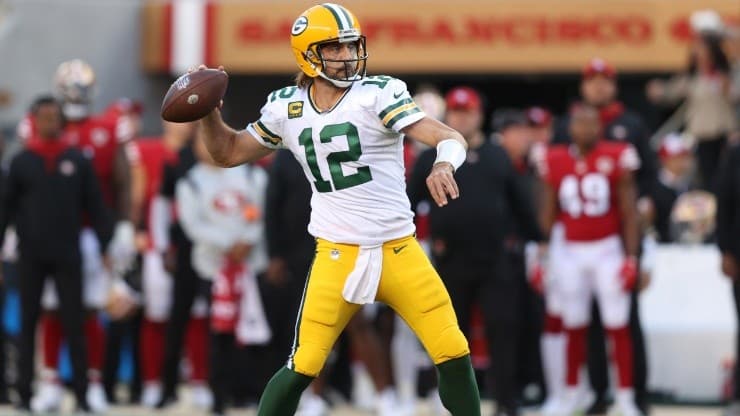 He spent the third week of action in NFL 2021 and here are the five best plays of the day, including one by Aaron Rodgers and Davante Adams.

The National Football League It has already finished its third week of the 2021 season and left a lot of incredible action to analyze. Teams start to work together little by little and you can see more and more exciting plays.

This weekend had a great peculiarity that made this especially historical day, especially when it comes to special teams, where several records were broken. And vibrant endings were not lacking either.

But before, since Bolavip We are going to show you what were the best five plays of the third date, where it had several protagonists, including the most prominent, Aaron Rodgers and a winning play with the help of his kicker, Mason Crosby.

The QB Burrow connected with the newbie Chase for the third time in the promised area so far this season. You can see that they were partners in LSU, they understand each other very well. In this case, a nearly 40-yard pass into the hands of Ja’Marr that with a clean catch put 14 to 7 to the Bengals Over the Steelers.

Despite losing 21-0, the play is spectacular. Taylor heinicke gives a short pass to his runner, Antonio gibson, who does all the dirty work. With speed and power, he passed the entire Bills defense on a very dizzying 73-yard rush.

It’s a double play, but it’s worth for the moment. With 37 seconds remaining in the game, no timeouts and losing by one to 49ers, Rodgers hit two passes with Adams and they managed to drop a 51-yard field goal to Mason Crosby that did not fail, and Green bay achieved an agonizing triumph.

Here, one of the historical plays. Arizona cardinals He attempted a 68-yard field goal, but it fell too short. Jamal agnew he decided to return that kick from the bottom of the end zone, and it ended with not just a touchdown, but the longest TD in NFL history. 109 yards, as much as possible (tied with others).

The first place could not be for other than the historical kick of Justin tucker. It had all the necessary seasonings. It was to win the game on the last play, from 66 yards, an all-time record in the NFL, and on top he hit the bottom post and entered with suspense. Pure history lived on Sunday.