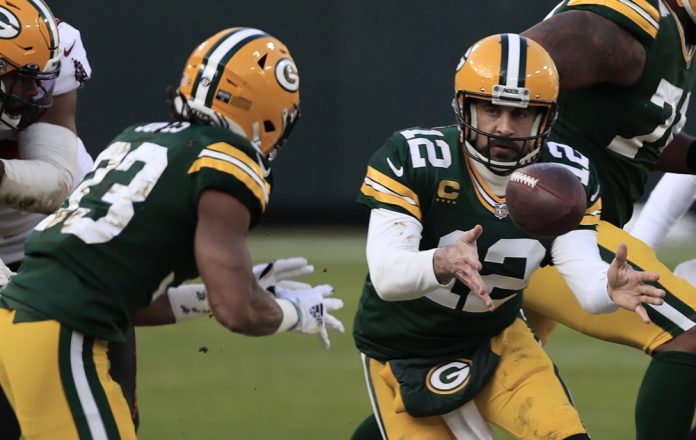 Sports Writing, (EFE).- Aaron Rodgers, quarterback of the Green Bay Packers of the NFL, will try in the 2022 campaign to match the legends Peyton Manning and Brett Favre in the records that each one has as Most Valuable Player (MVP) of the season.
At 38 years old, Rodgers accumulates in 17 years with Green Bay, 14 of them as a starter, four MVP awards; 2011, 2014, 2020 and 2021.
The player born in Chico, California, is one away from tying former passer Peyton Manning, champion in Super Bowls XLI and 50, as the most MVP winner in history with five on two teams; four with the Indianapolis Colts and one with the Denver Broncos.
He is also going after the mark of former quarterback Brett Favre, holder of two championship rings with the Packers, the only player who has achieved the MVP in three consecutive seasons; 1995, 1996 and 1997, although in 1997 he shared it with running back Barry Sanders.
Getting the recognition in 2022 would make the current Green Bay quarterback the first with five designations on the same team and, if he does it alone, the only one with three consecutive MVP awards without sharing them.
To choose the NFL MVP, a panel of 50 journalists vote at the end of the regular season. The award has been given since 1957.
Aaron Rodgers knows that he is not the favorite in the NFL projections to finish as the best player of the 2022 season; something that he already experienced in the 2020 campaign in which his odds were one of 20, and in 2021, one of 10; in both he obtained the MVP.
For this season the favorites are Tom Brady, passer for the Tampa Bay Buccaneers, considered the best player in the history of the NFL, who boasts three MVPs and is one behind Rodgers.
Buffalo Bills quarterback Josh Allen, who leads the attack of one of the favorite teams to reach the NFL championship game and Patrick Mahomes, quarterback of the Kansas City Chiefs, winner in Super Bowl LIV.
Among the adversities Aaron will have to overcome will be making up for the loss of star wide receiver Davante Adams, who departed for the Las Vegas Raiders and left the Packers with a receiving corps the quarterback criticized during the preseason.
“Young guys, especially receivers, have to be more consistent; have had many bad route decisions. We have to improve in that area, ”said the quarterback after the first preseason game they lost to the 49ers.
Green Bay’s seven wide receivers are veterans Sammy Watkins and Randall Cobb; Allen Lazard, who will play his fifth year; and rookies Romeo Doubs, Amari Rodgers, Christian Watson and Samori Toure.
Rodgers spoke a couple of weeks ago about the importance of his four MVPs and the need to round out his career with another Super Bowl; has the XLV edition.
“I want to win another championship. I have the individual success that I never dreamed of with four MVPs, but I am not satisfied; I want to win more,” emphasized the 10-time Pro Bowl selection.
The Green Bay Packers will make their 2022 season debut on September 11 against the Minnesota Vikings.

Aaron Rodgers, after the legend of Manning and Favre in the NFL | The USA Newspaper