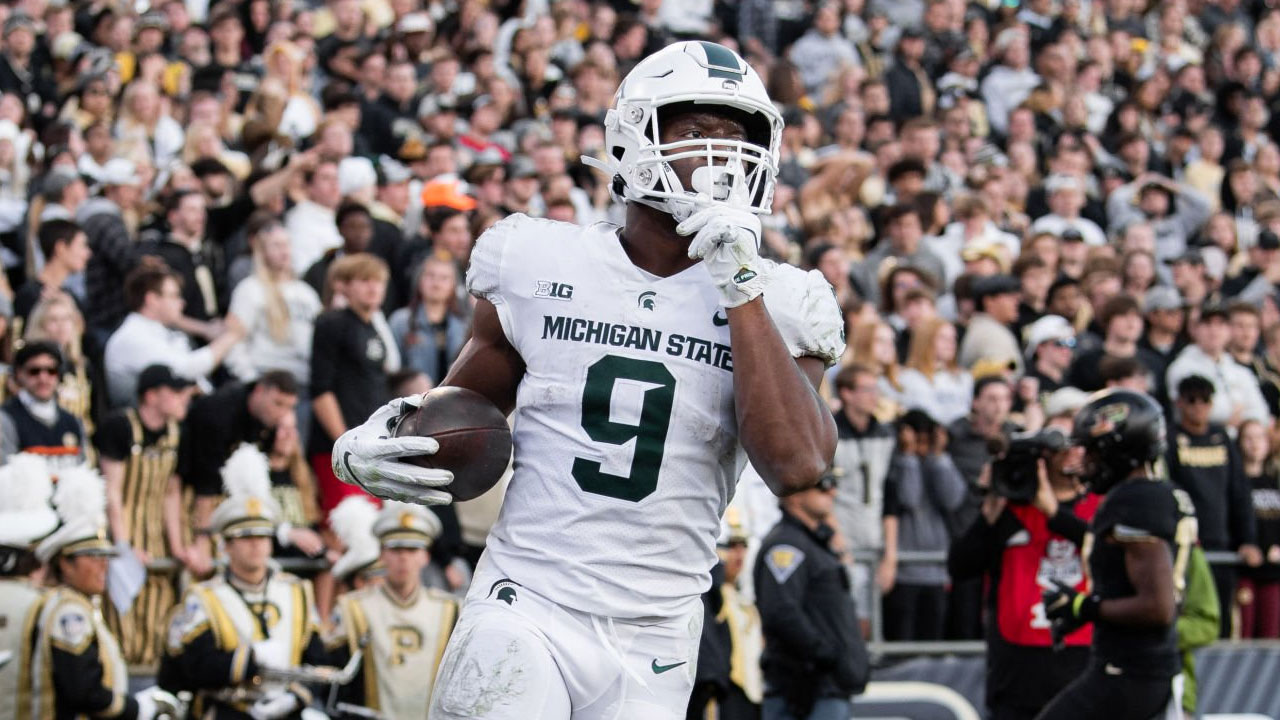 In the NFL Draft every year there are decisions that leave more than one scratching their heads, questioning the reasoning behind said selection. Specifically, there are some of them that can be categorized as whimsy, as the team running them seems to have good resources on their roster at the position, and by deciding to go that route they neglect to address a more glaring need.

Therefore, in this article we review the five possible caprice selections that could be witnessed in the first round of the 2022 NFL Draft.

5 caprice selections for this 2022 NFL Draft

1. CB Ahmad Gardner to the Panthers

The idea of ​​the Panthers drafting a cornerback in the first round of the 2022 NFL Draft after all they’ve invested in this unit sounds far-fetched, but it can’t be ruled out entirely. Last year Carolina selected Jaycee Horn with the 8th overall pick in the 2021 Draft, in addition, she made a trade in full season with the Jaguars in exchange for CJ Henderson, who was the 9th overall pick in the 2020 Draft.

However, Horn suffered a broken foot last year and his physical condition remains an unknown with a view to 2022. Additionally, and although they retained Donte Jackson, they suffered the losses in the current free agency of Stephon Gilmore and AJ Bouye, for what the depth in the position was severely damaged. That is why Ahmad Gardner would be the perfect solution to their problems once and for all.

Gardner, who last year in university was phenomenal registering 40 tackles, 4 passes defensed, 3 sacks and a splendid QB rating At 26.1 in coverage, he’s by far the best cornerback in the current class, and he’ll no doubt be there once the Panthers get on the board with the No. 6 pick overall. perimeter.

This team badly needs a new quarterback, but just as badly they need a good left tackle and a quality defensive end after the departure of Haason Reddick. The real problem is that after they take the No. 6 pick, they won’t be back until 137th overall, so they’ll have to choose their new generational talent wisely, and Gardner, who hasn’t allowed a touchdown in coverage since 2019, It is an option that cannot be ruled out.

Considered by many to be the top running back prospect in the Class of 2022, there is a possibility of seeing Kenneth Walker III as a Cardinal in 2022, though at first glance it doesn’t make much sense. In Arizona they urgently need to reinforce their offensive line, especially the guard and center position, since Josh Jones and Rodney Hudson do not provide the reliability that would be desired in the unit, and when scheduled to select with the 23rd overall pick, this team will have good options on the board.

However, during the current free agency the organization suffered the departure of RB2 Chase Edmonds to Miami, and although in reality in the depth chart Marked off the bench, he contributed 592 rushing yards last season, an extremely high number given that he shared a lot of time in the offensive backfield alongside RB1 James Conner. Now, with Edmonds gone, Eno Benjamin is the new direct backup, but that may not be the route the Cardinals decree to go.

If Arizona decides that Benjamin, a seventh-round pick in 2020, isn’t talented enough to fill the opening on this roster, Walker III is a latent option that could be a reality in the first round, even as he finds himself evaluated as second prospect. Last season he played 12 games, where he registered 1,636 rushing yards and 18 TDs in 263 carries, and although this position is devalued more each year in the Draft, in Arizona they could take the risk.

3. WR Chris Olave to the Patriots

During the previous offseason, the Patriots acquired the services of WR Nelson Agholor and Kendrick Bourne. Just a couple of weeks ago they incorporated WR DeVante Parker, and to this is added the presence of Jakobi Meyers and N’Keal Harry. The above, although they are not the most talented receiving corps in the league, they do form a fairly decent one and, even so, with more priorities for the organization, they could select another wide receiver with their first-round pick in the 2022 NFL Draft. .

New England will come onto the board with the 21st overall pick and with glaring needs like improving its offensive line after the losses of Ted Karras and Shaq Mason, its perimeter after the painful departure of JC Jackson, and, perhaps most urgently, its unit. linebackers, which looks extremely weak with Raekwon McMillan and the inexperienced Cameron McGrone fresh off ACL tears. But regardless, drafting WR Chris Olave is pretty realistic.

Olave, who registered 32 TDs between 2019 and 2021, is a wide receiver who is always in the right place at the right time, standing out for his ability to run along the wings and create separation. Acquiring him could provide QB Mac Jones with a trusty wide receiver and some kind of insurance in case Parker, who has missed 14 games in the last four seasons, were injured again. Without being a necessity as such, Olave could be a Patriot in 2022.

4. EDGE David Ojabo to the Ravens

In Baltimore they are aware that probably the most urgent thing to strengthen is their offensive line, specifically the center position after the departure of Bradley Bozeman. Additionally, the backcourt is also severely depleted: Starting cornerbacks Marlon Humphrey and Marcus Peters are fresh off injuries that ended their 2021 prematurely, while CBs Anthony Averett, Tavon Young and Chris Westry all dropped during free agency.

Thus, and although with two units crying out for help, with the 14th overall pick in the 2022 NFL Draft, the Ravens could select David Ojabo to improve their pass rushEven though they’ve reinvested in Tyus Bowser and Odafe Oweh, who combined for 12 sacks in the 2021 season, but don’t have much help taking down the opposing quarterback in the depth chart.

Said decision, more than due to roster urgency, would be the product of a need for competitiveness within an AFC North where they will have to go over QB Joe Burrow and Deshaun Watson. For this reason, Ojabo, who in 2021 registered 11 sacks, 23 quarterback pressures and forced five fumbles, could arrive as a Raven in the middle of the first round, even when he is evaluated as a prospect at the end of it or the beginning of the second. .

5. C Tyler Linderbaum to the Browns

Heading into the 2022 Draft, this team needs to improve certain units before its offensive line, but even so, Tyler Linderbaum is a very interesting option. Projected as a second-round prospect, Linderbaum could land in Cleveland due to the fact that they suffered the departure of JC Tretter in free agency. In addition, it is precisely in the second round when the Browns will come on the board as a result of the trade made with Houston in exchange for QB Deshaun Watson.

However, in Cleveland there are greater urgencies: the first is that of wide receiver because, although they incorporated WR Amari Cooper, the losses of Odell Beckham Jr. and Jarvis Landry leave a receiving corps made up of Donovan Peoples-Jones, Anthony Schwartz and Jakeem Grant Sr.; helpful but far from stellar. They also need to improve their defensive line: DE Myles Garrett is a superstar, but they need to find a match for him after the losses of Jadeveon Clowney and Takkarist McKinley.

Thus, the Browns, who take the board for the first time at 44th overall, might prefer to beef up their offensive line (which even without Tretter remains one of the best in the league) rather than their real needs. Therefore, even if he falls outside the first-round range, Linderbaum deserved to be mentioned, as he truly may be the most “whimsical” selection in the 2022 NFL Draft.

These are the five picks that a team doesn’t need to beef up in the first round of the 2022 NFL Draft, but could simply make an appearance on a whim. What options were missing? We read you in the comments below this article and on our social networks.