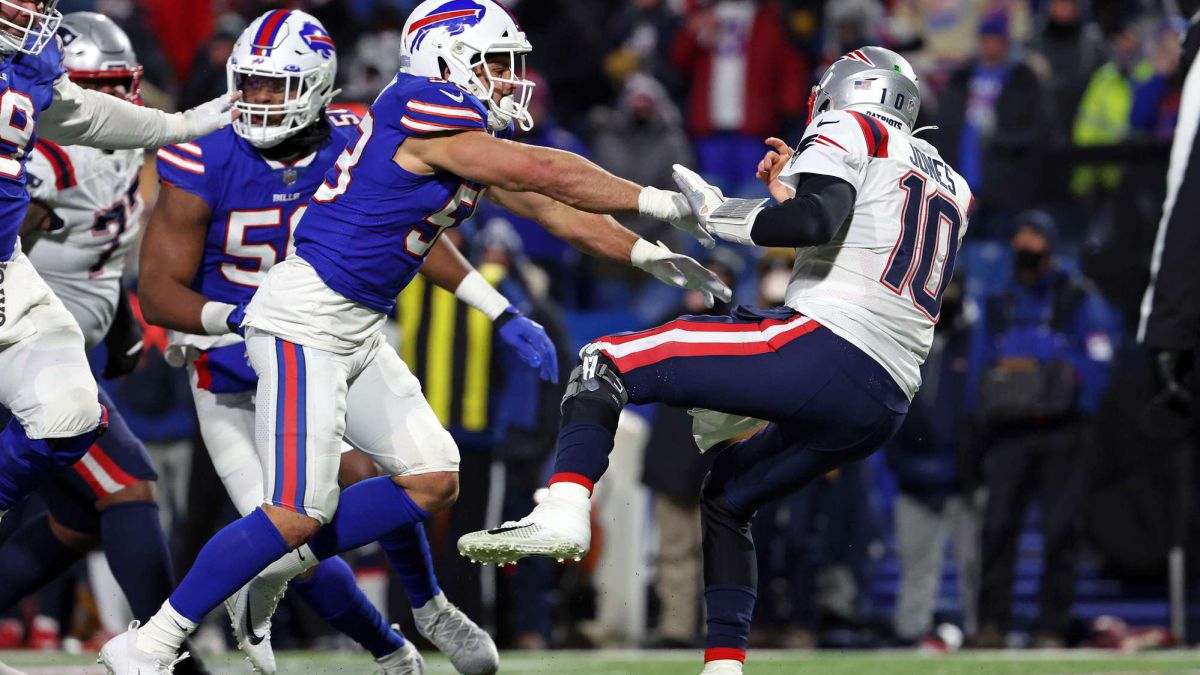 With only seven games left to completely exhaust the 2021 NFL football schedule and find out if the Buccaneers can become the first two-time champions since Tom Brady and the Patriots did it in 2002-2003, the biggest season in history continues to break trends and surprise with numbers that it leaves in its wake.

At the end of the weekend, which lasted until Monday night, four new bodies were added to the list. Raiders, Patriots, Eagles, Cowboys, Steelers and Cardinals no longer form the group of contenders. And except for Las Vegas and Dallas, none of them were competitive, losing their duels by more than 10 points difference.

In recent years, history told us that there was no advantage to teams that were good enough to win their division but fell short of capturing the first-round bye.

In the last three campaigns, including four of the six 2020 games, the visitors have won 10 of 14 matches.

With the return of fans to the stadiums replacing the photographs printed on cardboard or the virtual public that supported as if the game were played in the metaverse, the locals captured the victories again, in a sign that human warmth will always be better than social media likes.

The 49ers were the only ones to take the win playing on the road sideline. Since the 2017 playoffs and before the Raiders-Bengals kickoff, teams on the road were 12-6.. And, in eight of the last nine years, at least one road team has won a wild-card game.

Lots of football on Wild Card Weekend = lots of beatings

In a campaign that was characterized by the most games in human history that were resolved with a last-play touchdown (34 games) and 49 that had a winner who added a touchdown or a field goal in the final 60 seconds of the meeting, it is striking how many games in the first round of the playoffs ended with larger scores than our bellies at the end of the December season.

The narrative tells us that more is less. The Bills and Rams took their third matchup of the year against the Patriots and Cards, respectively, proving that taking over the division was no fluke.

Cowboys get used to failure

While having a losing team raises the spirits of any fan, nothing justifies throwing garbage on the field as Dak Prescott tried to say.

With a result all but resolved at halftime between the Rams and Cardinals, the league will need to put more emphasis on the teams it selects to close out the wild-card round if it wants to keep this game on Monday night. It was not attractive to anyone.

Monday night’s playoff game was the first in the league since the playoff format grew to 12 teams in 1990.. So far there have been five postseason games on Monday nights since the Super Bowl era began. In the last four the Rams were one of two contenders.

If the possibilities materialize and the NFC Championship title is defined by the Packers and the Buccaneers; Aaron Rodgers and Tom Brady will break a tie that they currently have.

Both quarterbacks have 10 wins over NFC opponents, though TB12 has done so in just two NFC seasons.

Included within Brady’s number are all seven of his Super Bowl rings.

5 things we learned from the NFL Super Wild Card Weekend