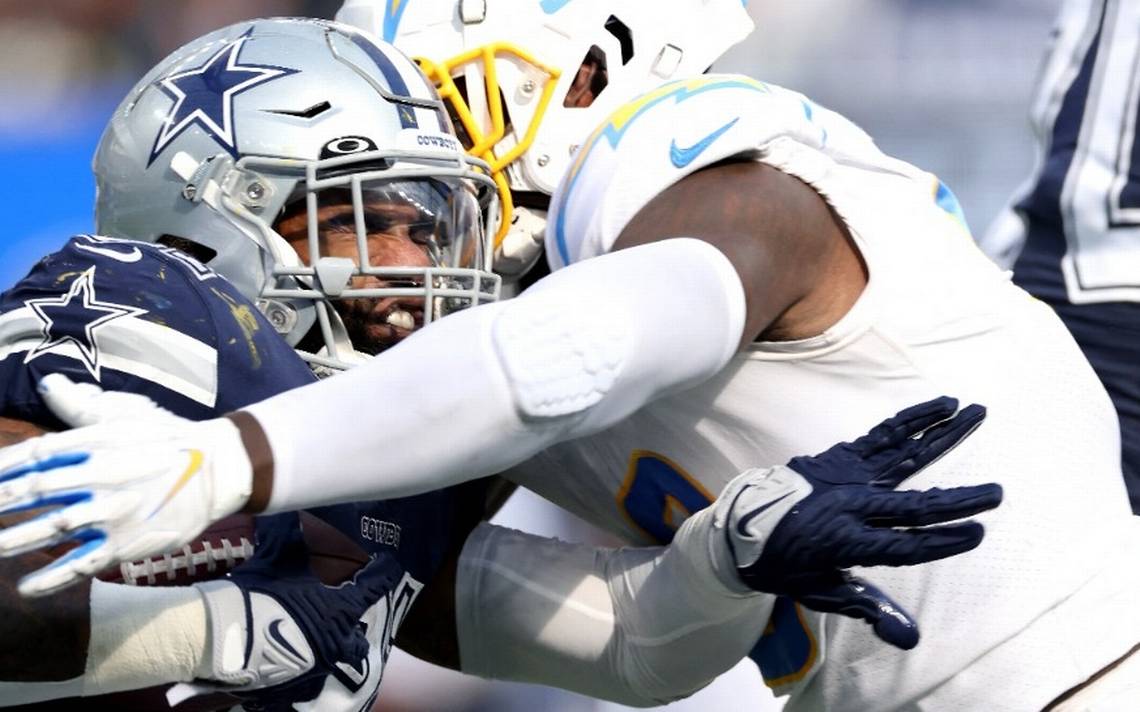 Thanks to a 56-yard field goal from Greg Zuerlein with 4 seconds left on the clock, the Dallas Cowboys achieved their first win of the season after beating the Los Angeles Chargers 17-14 at SoFi Stadium.

Dallas quarterback Dak Presscott finished the game with just 237 yards with no touchdown passes and an interception, yet the running game was critical. Running back Tony Pollard surpassed 100 yards on 13 carries averaging 8.4 yards per rush, plus one touchdown.

There were five field goals during the game, which showed that both defenders managed to close lines in the red zone.

For his part, Justin Herbert again exceeded 300 yards, got a touchdown, however, suffered 2 interceptions at key moments for the Chargers offense, in addition to penalties that prevented the Angelenos from scoring points.

Both teams are left with the mark of one win and one loss. The Dallas Cowboys will host the Philadelphia Eagles next week, while the Chargers will do the same against the Kansas City Chiefs in an attractive and important duel because they are division rivals that the other two teams remain undefeated.

Carr completed 28 of 37 passes against a Pittsburgh defense that ended the game without some of its main starting players, highlights defender TJ Watt, who came out in the second quarter with a groin injury that prevented him from returning to the field. .

Quarterback Ben Roethlisberger passed for 295 yards. Rookie running back Najee Harris appeared in the fourth quarter to score his first touchdown on a 25-yard reception, which put the game 16-14, but the Raiders (2-0) responded immediately and escaped with the 26-17 victory. .

In the other games on Sunday, the San Francisco 49’s beat the Philadelphia Eagles 17-11; Cleveland Browns 31-21 to Houston Texans; Carolina Panthers passed the New Orleans Saints 26-7.

In a close duel from start to finish, the Los Angeles Rams beat the Indianapolis Colts 27-24; Bills shut out the Miami Dolphins 35-0.

Rookie quarterback Trevor Lawrence posted his second loss of the season after Jacksonville lost 23-13 to the Denver Broncos; Mac Jones and the New England Patriots defeated the New York Jets 25-6; Chicago 20-17 to Cincinnati; Titans 33-10 against the Seattle Seahawks and in an excellent game, the Arizona Cardinals beat the Minnesota Vikings 34-33.