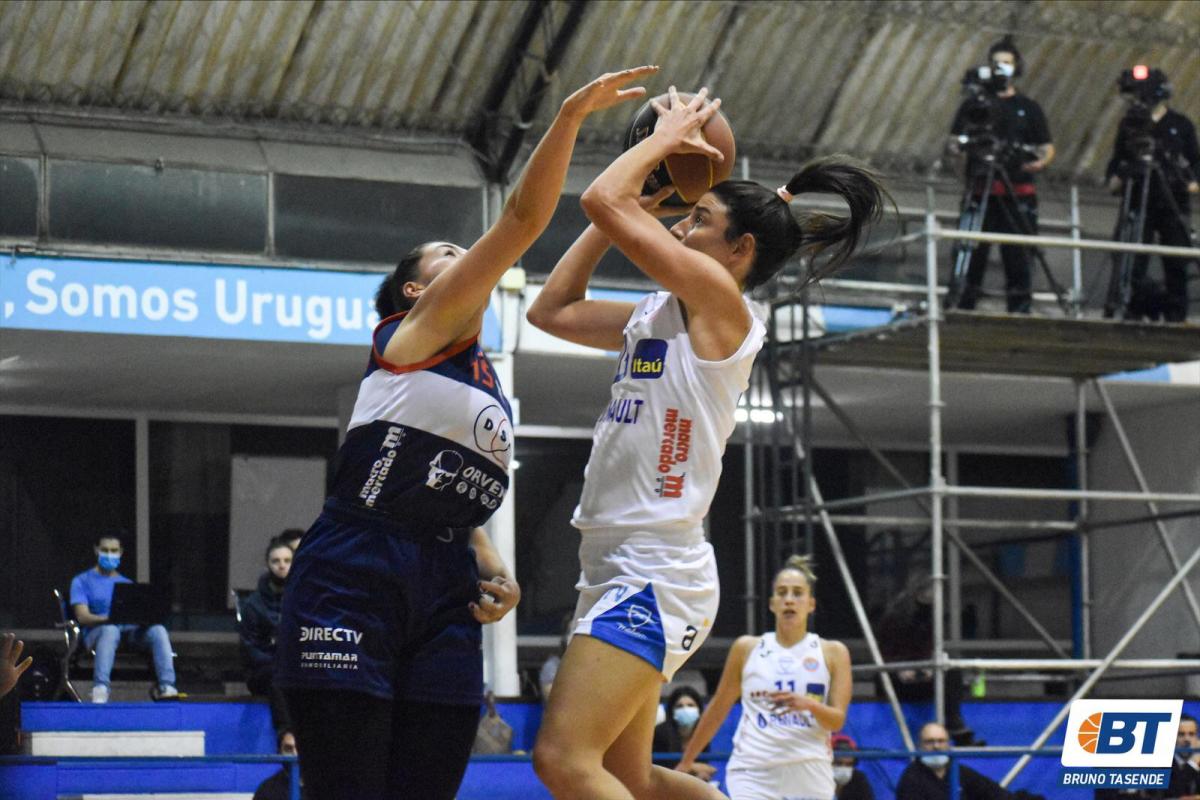 The Fusionados had a great start to play from their defensive intensity to add on counterattack. The T-shirts hurt with a more positional attack, rotating the ball, damaging after cuts and occupying the corners well for heavy three-point balls. Making use of his rich rotation, Juan Pablo Serdio got an infinity of solutions, first with the triples of Florencia Fernández, and later with the falls of Emilia Larre Borges and Paula Fernández, with which he opened 7 ahead. From the bank, Playa also had the virtue of improving its defensive balance, which blocked its rival on offense. Alderete found the solution from the pick and roll with Rivera, also generating spaces for Aldana Gayoso, and with an 8-0, he turned it around. At the end, Larre Borges connected from the short corner to score the final, 33-32 at the end of the first half.

After the long stop the errors were present in both teams and the offensive inefficiency was increasing. With the development of the Defender period he began to hurt from the outside in. The appearances of Josefina Rivera and Paula Sosa were decisive to carry out and finish the offensive. The two inmates not only contributed their goalscoring quota under the rim, but with the downloads they enhanced the percentage of shooting from the perimeter. The best violet moment was joined by Jessica Da Costa, who hurt her with her outside shot. In the closing, Malvín looked for solutions with Fernanda Midaglia but despite the attempts he could not get close to the score and the merged players entered the last 10 to play, winning 47 to 37.

In the final period Malvín again appealed to number 4 who with a triple began to mark the fourth. The violets maintained their effectiveness and with a collective offensive supremacy they hit the brakes on the accelerator. Gayoso with his shot, da Costa with his delivery and Camila Panetta with the folder under her arm became defenseless for the shirts. On offense, those on Legrand Street sought to break the zone imposed by the last champions with the continuous rotation of the ball with the intention of looking for the best placed but the low percentage of effectiveness was going to take its toll on the closing. The end was in favor of the last champions 66-49.