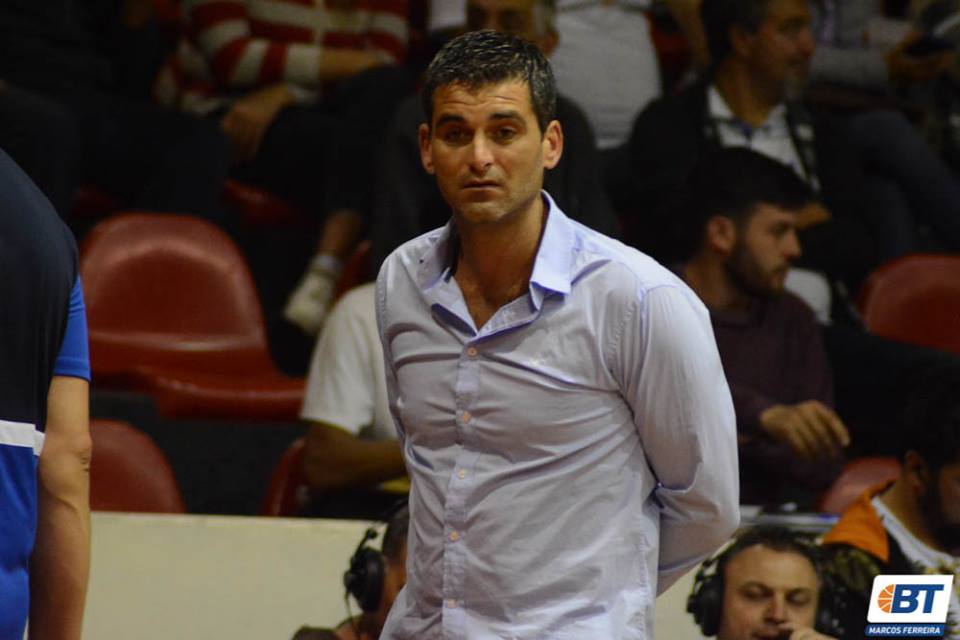 In the last meeting in the capital neighborhoods Básquet Total, he traveled to the Prado, and spoke with Gonzalo Fernández, who is still in charge of the first team of Stokolmo.

Last year they were very close to being promoted. Having to stay another year playing the subway. They trusted him and gave him the opportunity to continue in the position of coach. How do you get to take the mandate back to the front of Stokolmo?

We renewed after the previous tournament, in which we lost our promotion on the last date. In mid-November of last year, prior to the second stop due to the pandemic, we had arranged to continue in office with the work at the club, with the training players, take charge of the assembly of all the boys and the leadership of the main team from Stokolmo.

How do you carry the responsibility of being the Dt?

I accept it as all work, in this I feel comfortable, prepared and trained for any challenge. And being able to lead a team that brings out its full potential and uses it to its advantage is the most important thing. I also know that I can lose many more times than I am going to win. He trusted a lot in my work, this in the long run gives you consistency and favorable results. My expectations as a coach are to be able to fight for one of the promotions. That will depend a lot on how the matches are played.

Last year it was played in its entirety in the CEFUBB, this time the subway will take to Villagrán street. What do you think of the format of playing most of the games on the soccer field? Larre Borges?

It is part of the new reality that we are living as a society, to be able to work in a pandemic, and we have to adapt to these new realities. With the passage of time, we hope that the games will return to the field of each respective club, with its home, that people from the nearby neighborhoods can come to see their club of a lifetime. Today we believe that it is the most consistent according to the reality we live in.

They have had the opportunity to play friendly matches. What analysis do these duels leave you for the start of the tournament?

If we had the possibility of having friendly matches. The most general analysis that I do is that we are going to sin in lack of experience, but we are going to supply it with the intensity and desire of the young people, things happen more there, it is the key to this Stokolmo. The team arrives in full physical shape for the start of the Metro, we are already passing the seventh week of training, I think we are going to get to the first instance in a good way. In my players I want them to be versatile, to be young with the desire to play at a higher level and to have possibilities.

How is the campus formed?

Our squad is made up of Pablo Gómez, Guillermo Curbelo, Nicolás Pereyra, Mauricio Arregui, Mateo Giano, Sebastián Pereira, Juan Andrés Galletto, Tomás Abdala, Joaquín Silver and Anthony Danridge, who is Stokolmo’s foreigner, a player with a long career in our country, we trust it and its potential. I think he can contribute to the team, and become one of the best players in the tournament.

What is not negotiated in your painting?

Work and commitment, the most important. And the desire of each day to be better in what each one of us does as a member of the group, without forgetting the responsibility that is fundamental.

Every time there is less time for the Metro to start. Anxiety in the team must play its part. How do you see the start of Stokolmo, in the first game?

The beginning I think will mark a bit the initiatives we have on the team, because the friendly matches that we play do not give the necessary size to be able to measure ourselves with the rest, and observe at what level we are.

¿Do you have a team to keep the promotions? Which are?

Yes, I have three or four teams, which have been preparing well. These teams have abrogated a little more budget than the rest, putting them on a higher step and the possibility of being a candidate to stay with the promotion this time. Possible candidates are Larre, 25.

What words can you offer to those close to the club, which are in the good and much more in the bad?

Today I would say thank you for having the club open, thank you for making Stokolmo a great institution and I only have words of thanks for the job opportunity that you give me. Both in formative and in seniors.

What is the goal of the club and the group for this year?

The club is committed to being competitive and trying to advance to the highest possible level, and trying to be the host of the tournament as we did last year.