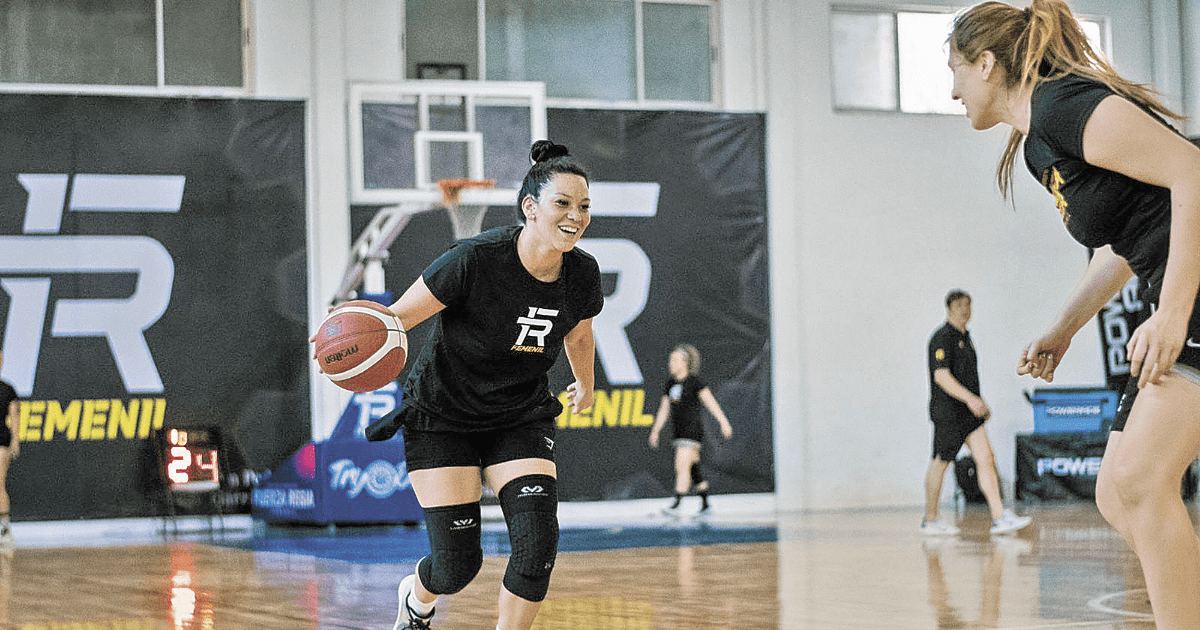 After more than 22 seasons holding men’s competitions, the National Professional Basketball League celebrate the launch of its league female. A new offer for the professional development of women in the country, which will begin on April 23 with the participation of eight teams. This project aims to include more women, in addition to the game, in areas such as arbitration, coaching staff and multidisciplinary teams and that will seek to reduce the salary and structural gaps that are commonly observed in sports.

I consider it to be a new era in professional basketball. We will have a space of 10 months of basketball (between both competitions) and the fact of creating opportunities for the women’s branch is something great. We have the talent and giving them a platform such as the LNBP will undoubtedly mean a great boost for them to reach other instances”, said Alonso Izaguirre, general commissioner of the LNBP.

Only teams that have an active membership of the LNBP can participate in this league (currently there are 18 members), however, only eight of them had the initiative and at the same time met the conditions to join the new tournament: Halcones de Xalapa, Panthers from Aguascalientes, Astros from Jalisco, Libertadores from Querétaro, Fuerza Regia, Silversmiths from Fresnillo, Adelitas from Chihuahua and Bees from León.

“We start with the teams that have the capacity, at this time, to meet all the characteristics that the women’s league requires for a good conjunction (…). Experience leads us to look for not those who want to be there, but those who can. These are the teams that meet the criteria for people to see the same quality that they see in the men’s league.”

Sergio Ganem, president of the circuit, is confident that at the end of this first women’s season all the teams will result in numbers thanks to the support that has been seen from the commercial partners. The goal will be for each season of the women’s league to increase revenue, the number of participating teams and the timing of the calendar.

“We are going to start with a platform that is going to be perfected. The outlook is encouraging and at the end of the day this women’s format is here to stay. There is no going back”, said the manager in an interview with The Economist.

To get the Women’s LNBP up and running, the league invested around 1.5 million dollars in platforms for its launch and improvement of the infrastructure. However, to carry a season of operation of a women’s team, Fuerza Regia, owned by Ganem and one of the most robust organizations (recent champions in the men’s branch), will be investing around 17 million pesos.

In terms of salary, the director indicated that the salary ranges will be “not so distant from what is handled in the men’s”, so that the conditions are met so that “basketball players are strictly concerned with the game.”

Due to all this investment and platform, the president of the LNBP indicated that “in our country there is currently no league or organization that operates women’s teams with the structure as we are doing.” It is worth mentioning that the Mexican Women’s Professional Basketball League (LMBPF) has been developing in the country for eight years, a space dedicated to women basketball players, these franchises operate with budgets of between 1.6 million pesos and up to 3.5 million, as documented by this newspaper in 2021.

Ganem applauds the area of ​​opportunity that was generated with the creation of the league in terms of support from sponsors. Although several of the traditional allies of the men’s branch will also support the women’s, the opening of this new branch has generated interest from brands that were outside not only to sponsor women, but also to focus on men’s basketball, an opportunity exposure for much of the year.

The global sponsors of the men’s competition are committed to supporting the women’s branch on a multi-year basis, SiSNova will retain the name, Molten will be the official ball, Punto GCH will continue and Value Grupo Financiero was added.

—Will global sponsors contribute with equal amounts in the men’s and women’s branch?

—“There is a difference more than anything on the subject of time, that is, this is starting unlike what already exists today with the manly. It is going to increase as time goes by and as this format also grows. Fortunately, we have found a very good echo and participation of the sponsors that are in the league to continue supporting”, answered Ganem.

By comparison, the LNBP in its men’s branch it has 22 years of existence. It is a situation similar to national football, which in the professional men’s field has been celebrated for 79 years and its counterpart was born just in 2018.

The transmission platforms will also be the same ones used for the men’s matches: Adrenalina, Canal Once, Multimedios, TVC Deportes, Heraldo Media Group, AYM Sports, Hi! Sports, Fiba Americas, Samsung Plus, LAS; and digitally through Internet TV and Facebook.

With the SiSNova League Women’s LNBP Around 96 places are created for basketball players (at least 12 in each team), and up to four foreigners will be allowed in each club. However, certification programs have also been implemented so that more women can join the field of refereeing and as coaches.

—What has been the biggest challenge in launching this new competition?

—“Really, the challenge, more than economic, is management and understanding and adapting to the female market. Although it is still basketball, it is totally different. For example, the technical bodies are focused on having more women: physiatrists, psychologists, general practitioners, therapists, in short. More than the economic challenge is the organizational challenge. I think this season is going to be one of trial and error, of understanding the business and the market and the organizational part 100%, adapting it and making it grow as we did at the time with men’s basketball. We have a great product in front of us,” said Ganem.

*The 8 teams will enter the Playoffs, what they will dispute is the place in which they will be positioned.