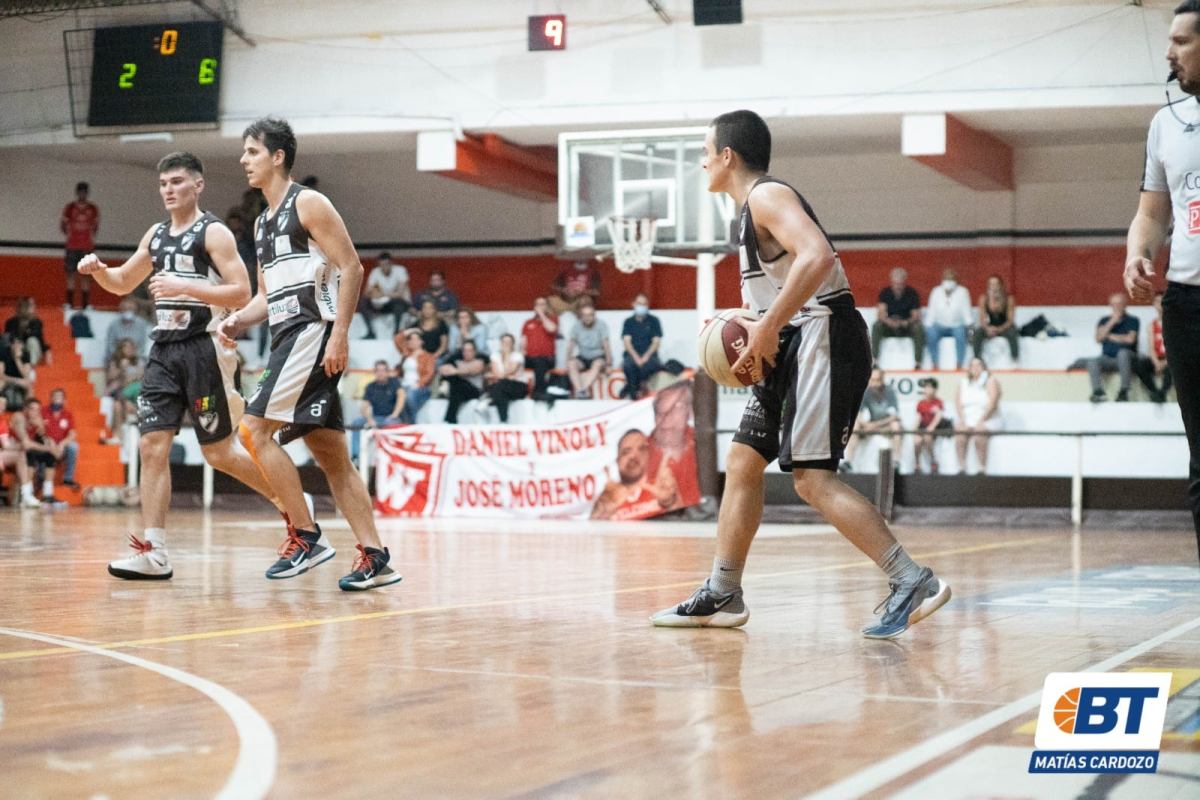 Bohemios drew a very important point from his visit to Capurro. Federico Carrancio was a figure coming from the bench and after the game, he spoke with Básquet Total.

The brown ended up taking a crazy game where he started with a significant disadvantage: “15 points down in the first half, it is the great must we have, it happened to us with Marne, with Welcome, with Athens. Those of us in the bank bring that rage, anger, desire to enter and demonstrate. It happens a bit for that, the rebellion of the kids from the bank, which later, from that well-being in defense, gives us peace of mind, mobility and the balls enter. We are a team that likes to shoot three points ”.

Carrancio also referred to the closing where they could stop Cardozo’s moment, to turn the game once again: “Rodrigo Cardozo is a great player whose class was noticed at the end. There were many changes, pressuring him, not receiving, drown him. Coco (Gallo), the last minute he asked for it, we gave it to him and he fulfilled a lot ”.

Federico’s shot was fundamental for the reactions of his team: “When I was warming up at the beginning of the game I already liked it, a nice hoop, I had never come to this court. Those minutes before the game you feel that the basket is fine, that the court is fine. Luckily I was able to go in, I got the first one, which gives a lot of confidence and I kept going ”.

The fraybentino told of his adaptation to Montevideo and previously left a greeting for his home club, Anastasia: “Last year I was already in Bohemios, I lived in the club for a year and now with the whole club theme, I got an apartment. It is very nice to arrive, I like Montevideo very much ”.

From his youth, Carrancio told what it is to share a squad with players with a long history: “High-level players, a lot of experience. What I value most about them is that they are there all the time in the little girl, the council, all very attentive. Julio (Panelli) chapeau. Now that he is outside, he does not look at it so much from the adrenaline of us, he looks at it more analytically and is in everything. Every piece of advice he gives is exact ”.

The people of Bohemios, made themselves felt again and for them, Federico had his words: “The people of Bohemios took my hat off because little was expected from this squad and they were there from the first game. They are always there screaming, as happened with Larrañaga, 20 points down and they screaming like crazy. It is possible that one on the court does not see it, but the next day it is highly valued ”.

Finally, he spoke about the future of the tournament and greeted his family: “We are excited to enter among the eight. It seems to me that it would be great, it would be the main thing. Afterwards, being competitive with everyone, we have shown it, with Atenas and Welcome, who are the main candidates to fight for the title, that we were within a couple of balls and it escaped us ”.

“With the people of Bohemios I take off my hat”