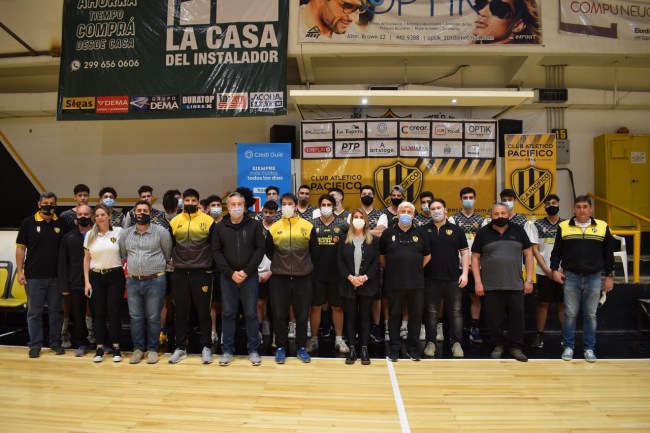 After an extended period of inactivity due to the coronavirus pandemic, finally today the Alto Valle Association (ABAV) and the Neuquén Basketball Federation (FNB) will launch the Pre-Federal tournament, which comes to replace the old and beloved Integración tournament.

The contest will count the participation of 14 teams, the six from ABAV and eight from Neuquén, and will offer all teams the possibility of fight for a place in the next Federal.

With the chance to return to the national levels at stake, many clubs are betting heavily on the new championship and there is promise of spectacle on the fields of the region, where the public can be present. The capacity allowed will depend on the capacity of each stadium.

The six meetings of the first date They will be played from 21.30, except for the one that Independiente and Regina will star in, which will start at 22.

The 14 teams will be divided into two zones of 7 each. The regular phase will have 16 dates and will be played all against all to two rounds, with inverted localities. In addition there will be two days of interzonal duels, with the classics of the region.

The four best from each group will reach the quarterfinals. The playoffs will be played to the best of three games, except for the final that will be defined in five games. In both areas parity stands out and there are several teams that want to put on the candidate badge and fight well above.

El Torito is always the protagonist and begins its reconstruction with Mario and Carlos Sepúlveda as banners. Those of the Colony, meanwhile, come from two good federals, they kept the base (David Oviedo) and added interesting players. In the group will also be the Naranja, last champion of the Associative, along with a renewed Pacific that will have Maxi Rubio as DT. The Tricolor also promises to fight Eric Freeman at the helm.

Those from Plaza Huincul and El Rojo will continue with a large part of their campuses from the last Federal and are always candidates. Biguá, with Riego on the court and Santángelo on the bench, will be a difficult rival for anyone and the Roquenses bet on playing with the boys who achieved the runner-up in the Alto Valle.

This is how the first date is played

(All matches will be played at 9:30 p.m., except for the duel between Rojo and Albo)