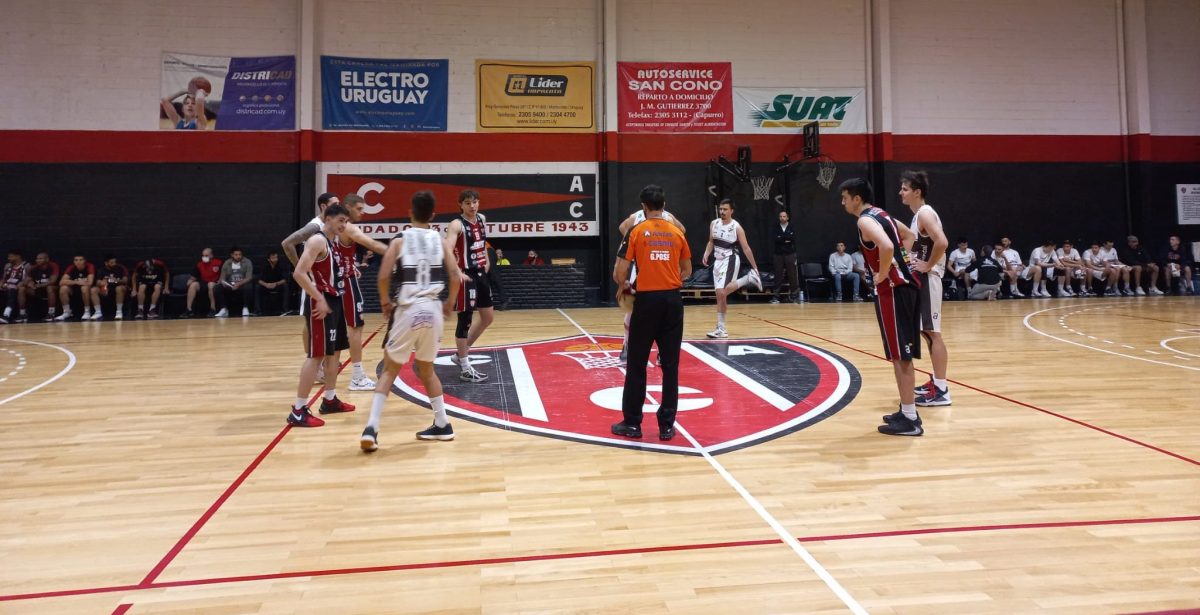 The rojinegro had a barbaric start to play, where placing the ball low for Cardozo and Martinez did a lot of damage. Rodríguez contributed his goalscoring quota with a good start with the three-point shot and finding spaces to attack the rim. Viacava entered the bench of substitutes and also contributed to the local scoring production, which did not allow the reaction of the brown, who went 8 down to the first quarter (23-15).

Cardozo’s falls continued to damage the paint of the Pocitos team. Little by little, Ramos also warmed up his hand and Capurrense managed to open 13 averaging the second set. Bohemios, when Carrancio entered with a triple, he found his illusion in the game and with a subsequent 2 + 1 from Gallo, he managed to discount it to 4. The homeowner did not find a goal in the last three and a half minutes of the first half and the Bohe, with a triple by Carrancio on the horn, entered only 1 at halftime (35-34).

The one from Pocitos quickly went to the front in the second half with a 3 + 1 from Rodríguez. It was difficult for Capurro to find solutions in the 5 × 5 and this was taken advantage of by the visit to run and open 7. Martínez from the head of the key broke the drought, but collided with a triple by Carrancio, which seemed to extinguish the reaction. Cardozo charged in with his game from the front to allow the rojinegro to put an 8-0, with which he brought the game, also on base, to his defense well above the ball. Rodriguez in transition put up a heavy triple. Sapio’s men went back into an offensive pothole when they could not attack the ring, but woke up with an unsportsmanlike attack on Cardozo, who added a free kick and the subsequent double, so that his team entered 2 (56-54), at the final halftime .

Both teams bet at a high rate at the start of the last one, not allowing their rival to establish defensively. Bohemios, who had hurt since Gallo left the central block or Rabinovich’s continuation, found a rival who closed before the breaks and falls, leaving Pocitos dry on goal. Cardozo continued to carry the red and black flag to bring the game from its verticality and later, with a triple, he turned the actions around. From the hand of Rodrigo, Capurro opened 5 to 5 from the end. But after a minute, Gallo went on his defensive reference and dropped the ball. The triples of Trelles, Carrancio and Rodríguez tipped the balance in favor of Pocitos. Bohe was extremely solid in the closing, after a minute of Sapio a quick recovery, allowed Gallo to open three ahead and after another time-out, the homeowner tried to play after Martínez, who was cut and left the free. Bohemios secured the rebound and put Rabinovich on the run, which with a run ended up liquidating the game.

With Fe de mingling above