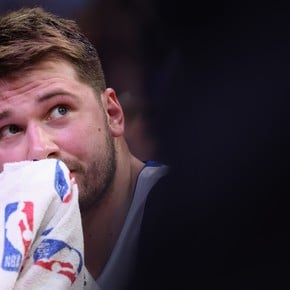 With an outstanding game of Nicholas Laprovittolathe Barcelona won at home Bayern Munich for 81-72 in the decisive duel of the quarter finals of the Euroleague. The Buenos Aires player was the scorer of the match with 26 points in almost 30 minutes and gave his team the pass to the semifinals. Gabriel Deck’s Real Madrid awaits there.

Contrary to forecasts, Barsa, who had been the best in the regular phase, had to resort to a fifth game to take out the Germans, who entered the playoffs in eighth place.

After starting the initial quarter with a part of 9-4 with contributions from Lapro and Davies, the visitors reacted and turned the score around with Jaramaz and Hunter to get ahead by six (9-15). With errors in field goals and little play, the Catalans had to resort to a triple from Jokubaitis along with the help of Mirotic and Exum to finish the partial just a point away (18-19).

Despite the fact that in the second chapter the locals managed to take the lead (24-23), the procedure was not easy for them and they gave the initiative back to their rival, who took advantage of the weak Blaugrana moment and went to rest with an advantage of six (31-37).

On the way back, a different Barcelona was seen, which enjoyed a burst of seven points after a triple of the Greek-American Calathes and four units of mirotic (38-37). But the best of Lithuanian Jasikevicius’ team was in charge of Laprovittola, who was uncovered with 13 points in the fourth to give Barsa a margin of 8 units for the last 10 minutes (60-52).

Despite the efforts of Hunter, his team’s top scorer with 18 points, the Bavarians relented and allowed the Catalans take advantage of 13 (70-57), which ended up being decisive.

There will be Argentine semifinal

With his victory, Barcelona secured a ticket to the next Final Four to be played in Belgrade, Serbia, since May 19. Who has been waiting for a long time in the semifinals is the real Madrid from gabriel deckwhich seamlessly removed the Maccabi Tel-Aviv in quarters by 3-0.

Deck returned to Real Madrid in January of this year. (EFE)

Thus, Lapro and Tortu will face each other again on the European scene after having played together in Merengue until the first months of 2021. This union was broken in April of last year, when Deck left for the NBA to play with oklahoma cityfranchise in which he served until January of this year.

Meanwhile, the former San Antonio Spurs crossed the sidewalk in mid-2021 after the departure of Leandro Bolmaro of Barcelona, ​​who also left Spain to play in the American league, more precisely in minnesota timberwolves.

The other key, still to be defined

On the other side of the picture, not everything is defined yet. Although the Defending champion Anadolu Efes is already one of the semi-finalists after eliminating Olimpia Milano, it remains to be seen who will be their rival. The decisive day will be this Wednesday, since Olympiacos and Monaco will meet in Greece knowing that the winner will enter the discussion for the title.

With a great from Laprovittola, Barcelona is in semi Real