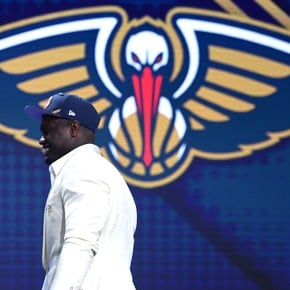 Jimmy Butler He had 41 points, including 27 in the second half, and Miami turned around 118-107 with a great third quarter the first final of the Eastern Conference of the NBA in view of Boston It started on Tuesday night.

Tyler Herro scored 18 points and Gabe Vincent added 17 for the Heat, who outscored the Celtics 39-14 in that key third quarter. The reverse was the poor 2-15 court of the visitor.

Tatum was not helped by his teammates (EFE).

“We won three quarters. The exception was that one, but obviously that was the one that mattered,” Celtics coach Ime Udoka said. . But it’s hard to get over 39-for-14 and 2-for-15 shooting.” he added.

Meanwhile, Erick Spoelstra, the Miami coach, surrendered at the feet of his star, with whom he suffered short circuits not long ago: “Jimmy Butler is an elite competitor. There are a lot of guys in this league that play basketball. He competes to win. It’s something totally different and he does it better than anybody in this league.”

Boston had a 13-point lead in the first half and went to rest for 62-54. Miami started the second half with steals that led to baskets on three straight possessions. Max Strus had one and Butler’s next two led to a 76-64 lead.

Jayson Tatum scored 29 for the Celtics, that they did not have their starters Marcus Smart (foot injury) and Al Horford (health protocols). Jaylen Brown added 24; Robert Williams III and Payton Pritchard scored 18 apiece.

The second game, again in Florida, is played this Thursday.

The Doncic vs. duel is coming. Curry.

With the duel between Luka Doncić Y Stephen Curry as a main course, the surprising Dallas Mavericks (4°) and the reborn Golden State Warriors (3rd) will begin this Wednesday to settle the title of the Western Conference and the other ticket to the Finals. They play at 22 with Star + television.

With 41 from Butler, Miami beat Boston in the 1st final