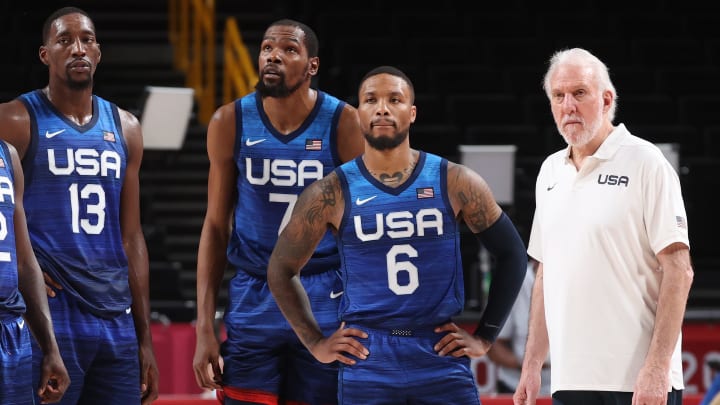 Since the incursion of the “Dream Team” in 1992, the Team USA has been seen as an almost impossible team to beat in international basketball, by its stars of the NBA. However, over time the difference between the United States and the rest of the world has narrowed.

The Olympic Games Tokyo 2020 They are a very interesting test for the American squad, having to face the best generation of teams like France and Australia full of NBA figures, which could lead them to a similar panorama to that of Athens 2004 when they had to settle for bronze .

After the failure in the 2019 FIBA ​​Basketball World Cup, the eyes of NBA experts and fans are on coach Gregg Popovich and the figures that make up Team USA, casting a blanket of doubt about the possibility of being Olympic champions in Tokyo

Unlike other teams, the United States assembled its all-star squad just two weeks before the big event, in part because the NBA season ended just a few days before traveling to Japan.

The preparation is not something minor in terms of the implications that national team basketball has and even more so considering that the rules are different from those that many of the NBA players are used to, and this can cost as much in sports as in the soul.

During the preparation games against Australia and Nigeria, it was more than clear that the dynamics of the game of their rivals has an identity and all the players in the squad know their roles very well, in contrast to a United States with figures like Kevin Durant , Damian Lillard and Bam Adebayo, who have barely shared in the All-Star Game.

After what was the first presentation and defeat in Tokyo 2020 against France, Popovich and his group of assistant coaches, among whom is Steve Kerr, will have to find how to rebuild the path with a view to their next duels.

Before thinking about what the knockout phase will entail, Team USA needs to show its best face against a team that should be inferior on paper like Iran, but they will have to be extremely careful in their clash against the Czech Republic, who have just eliminated Greece. and Canada in the qualifying tournament.