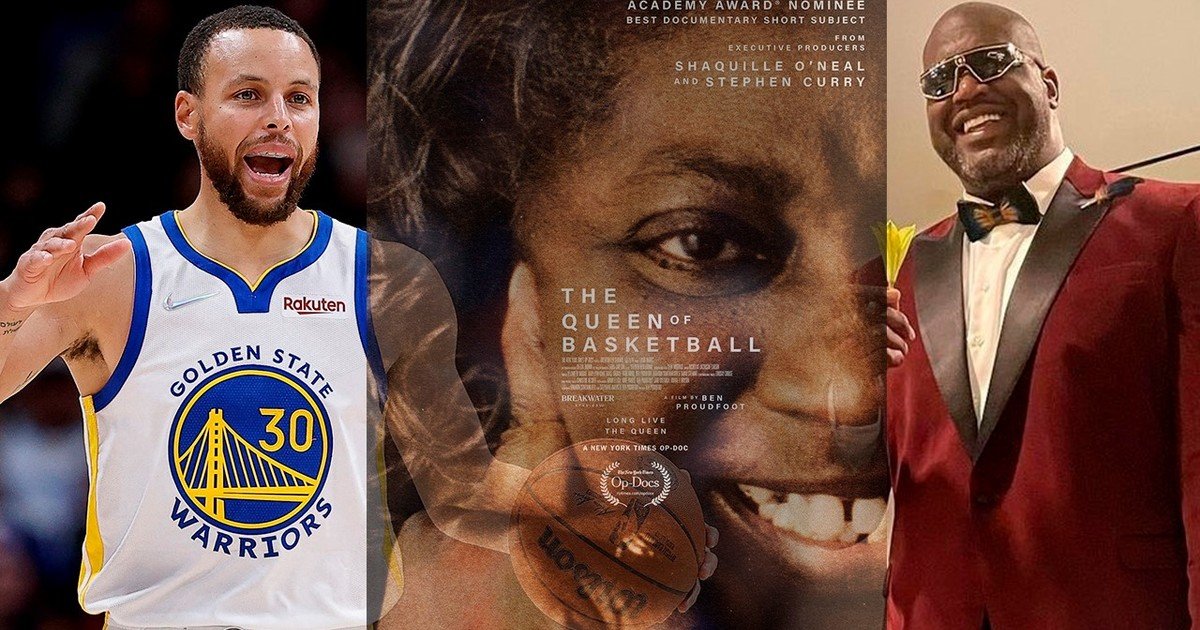 In a night that was marked by the surprising reaction of Will Smith and his pineapple to Chris Rock, who starred in a misplaced comment about the actor’s partner, actress Jada Pinkett Smithbasketball and NBA They also said present at the Oscar gala. The thing is Shaquille O’Neal and Stephen Curry won the Academy Award for Best Short Documentary for The Queen of Basketball.

The queen of basketball, her name in Spanish, tells the story of Lucia Harrispioneer of the sport, who wrote her name in the history of women’s basketball for being the first player to convert in the Olympic Games. In addition, she was also the first woman to be selected in an NBA Draft.. Ben Proudfoot, director of the 22-minute documentary, managed to move the world with the story of Harris, as a great forerunner of women’s basketball.

And where do Shaquille O’Neal and Stephen Curry come in? Both were executive producers and main promoters of the film. Thus, the former pivot and the current Golden State Warriors base joined the late basketball legend, Kobe Bryant, as the only three NBA to win an Academy Award.

“If there is anyone out there who still doubts whether there is an audience for female athletes and If you wonder if your stories are worthwhile, entertaining or important, let the academy award give the answer”Proudfoot said at the award ceremony in Los Angeles.

Harris, who died two months ago at age 66, is a member of the Naismith Memorial Hall of Fame like O’Neal. But even the four-time NBA champion, considered one of the best in basketball history, did not know the player’s story.

“I didn’t know who he was at first,” O’Neal said earlier this month. And precisely the idea of ​​the documentary is to be able to spread the story of this athlete who marked women’s basketball. As we said, the participation of Shaq and Curry allowed the film to take on even more importance. In fact, this month the great figure of Golden State played with the message “Queen Lucy” on his shoes.

Harris helped Delta State University win three straight national championships in the 1970s and won a silver medal for the United States at the Montreal Olympics in 1976. Harris was selected by the New Orleans Jazz in the NBA draft in 1977, but was pregnant at the time and ultimately did not make the team.

Why did Shaquille O’Neal and Stephen Curry win an Oscar?