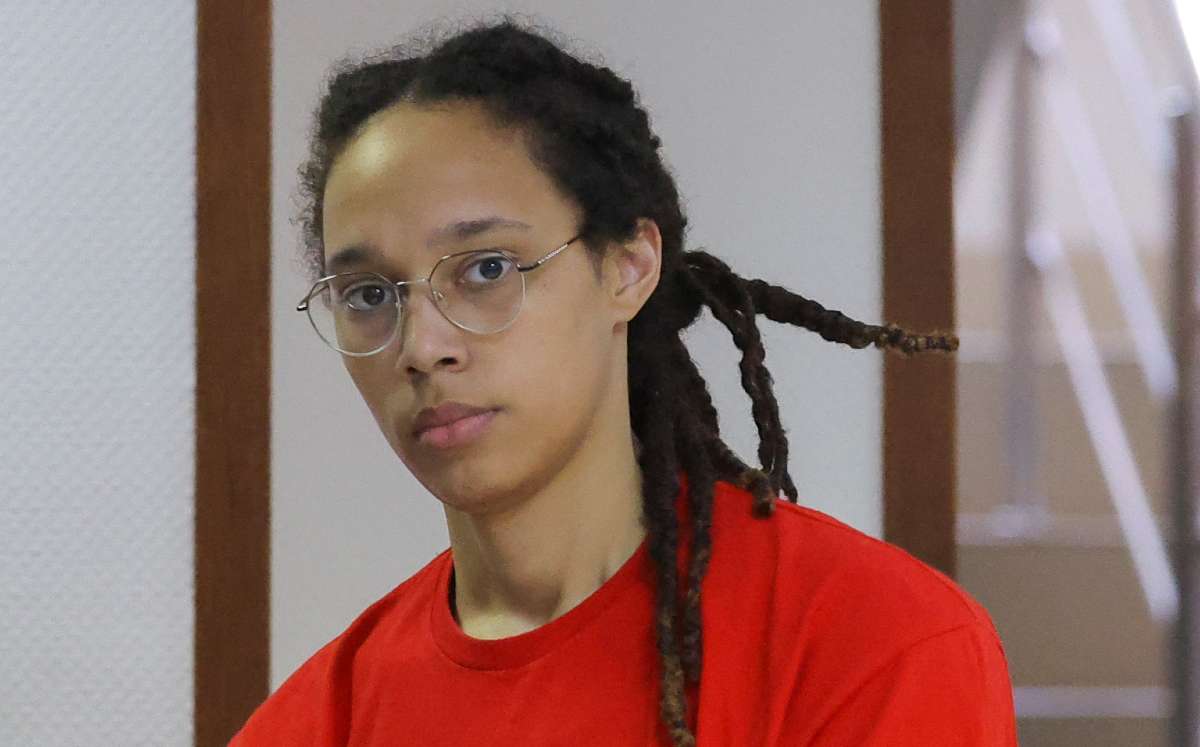 Sentenced to nine years in prison and fined around $16,700 for crimes of possession and transfer of drugs in Russiathe american Brittney Griner (Houston; October 18, 1990) was a player destined for success, she barely took the ball, and all thanks to her impressive physique -2.03 meters tall- and her magnetic personality.

The Texan was born with a gift and took advantage of it. Brittney got used to breaking records, mistreating baskets, rivals and winning championships. In her college stage, her great performance earned her to be on the radar of the NBA Dallas Maverickswhich could have been a milestone for the sport in the United States.

“If she is the best on the board, I will take her,” assured Mark Cuban, owner of the Mavs (April, 2013), in words that did not go further; Griner became one of the best players of her generation, winner of gold (Rio 2016 and Tokyo 2020), a talent that took off with the conquest of the championship of Phoenix Mercury in 2014.

Griner took off in his third year in the NCAA

Griner started playing basketball in Nimitz High School in Houston, a public school with few Anglo students, dominated by African-Americans and Latinos; Due to her physical characteristics, Brittney had to play with men, especially in her second year. Good training to stand out in the women’s team.

It was there that he began to consolidate his role as leader, since thanks to it the Nimitz Cougars they managed to dispute the State Final -which they lost-, but the showcase was opened and they were recruited by the Baylor Universityone of the best of USA.

In her freshman year, Griner was the best shot blocker in the NCAA, added 223 in the season; In addition, she surprised as she was only the second player to dunk the ball more than once in a single game -previously only Candace Parker did it on March 19, 2005-.

It was third year would be the most complete. He led Baylor to the championship with a perfect 40-0 record, which put into debate which was the best team in the history of the organization; also was recognized as Associated Press Player of the Year with an average of 23.2 points, 9.4 rebounds and 5 blocks.

Griner and the fight for sexuality

In 2013, Griner became the first selection of phoenixmercury, after the Mavs’ interest fizzled out; although his arrival to professionalism was accompanied by the media exposure of his sexuality, by an interview he gave to Spors Illustrated.

His brave stand earned him Nike He adopted her as one of his images and in sports he won the title, with a record of 28-5, the most wins in WNBA history.

Since 2014, Griner used to travel to Russia to play with him UMMC Yekaterinburg from that country, becoming one more of the American players who chose to emigrate in the WNBA low season, in search of better economic conditions.

The players of the American women’s basketball organization have a maximum salary of 228,094 dollars per year, a figure substantially lower than those paid by the NBA – the best paid in 2022: Stephen Curry48 million dollars–.

According to the English BBC, the Texan athlete earned a million dollars a year in the UMMC Yekaterinburg; that is, more than four times his best salary in Phoenix, so alternating with the Russian team became a necessity.

The dream that turned into a nightmare

His rich career was stopped by a mistake. he traveled to Moscow with two vaporizer cartridges containing hashish oil, a substance that was identified by two trained dogs at the airport Sheremetyevo. That triggered his arrest.

For six months he faced a judicial process. A court finally found her guilty on Thursday of drug smuggling and sentenced her to nine years in prison, a situation that ended up overshadowing her performance and she further strained relations between Russia and USA, a country that has filled it with promises of aid, but has achieved nothing so far. All in the midst of the armed conflict in which both countries are involved in Ukraine.

“I want to apologize to my teammates, my club, my fans and the city of Yekaterinburg, for the mistake I made and the embarrassment I caused them. I also want to apologize to my parents, my brothers, the Phoenix Mercury organization, the incredible women of the WNBA and my incredible spouse at home,” said Brittney Griner, only tied to the hope that she will be part of an exchange for Russian prisoners to recover his freedom and continue with a career, which in spite of everything will not stop there.

Who is Brittney Griner? WNBA star imprisoned in Russia