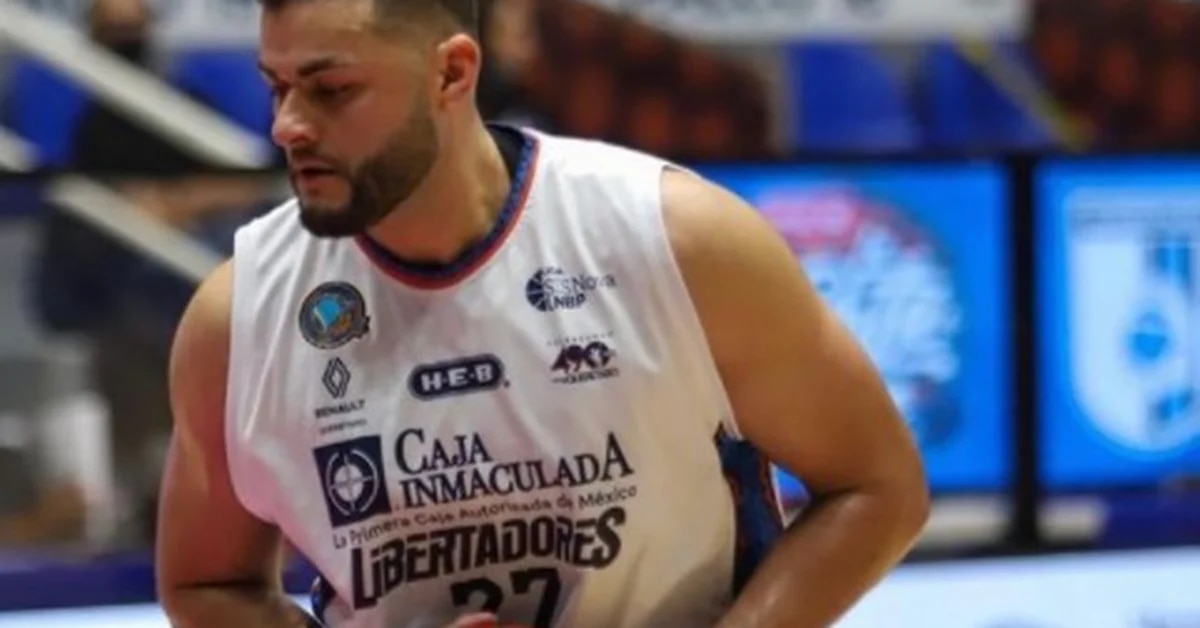 This Sunday morning the Attorney General of the State of Michoacan (FGE) issued the file for the disappearance of Alexis Cervantes, Who professional player of the National Professional Basketball League of Mexico (LNBP). The last time he was seen was on December 21, so far his whereabouts are unknown.

After participating in a local tournament in the municipality of Los Reyes, Michoacán, The young athlete lost contact with his family, according to the Prosecutor’s Office itself. The last thing that was heard of him was that he boarded a bus bound for Guadalajara, Jalisco and then took one in the direction of Guasave, Sinaloa.

Alexis Francisco Cervantes Guerrero He is originally from Guasave, Sinaloa. The first team he joined as a professional basketball player was the Fryles by Guasave, set where it is original. He had his first appearances on the Basketball circuit of the Pacific Coast of the LNBP.

Alexis Cervantes disappeared on the border between Michoacán and Jalisco (Photo: Twitter / JairRui_z)

He currently plays with the Liberators of Querétaro, team from the west side of the LNBP, and serves as a pivot in his team, he has also become one of the starting elements of the Querétaro squad.

Throughout his career as an athlete, he has participated in different teams in the Mexican basketball league. He had a brief stint in the squad of the Lion bees, one of the teams of the West zone.

Later he played with the set of Roadrunner of the Autonomous University of Tamaulipas Victoria (UAT) and finally he came to the Libertadores de Querétaro team, with which he played his last season of the year.

In the 2021 season his team finished as third place in the West zone, with 33 points they were below the Soles de Mexicali and the Astros de Jalisco.

He is 32 years old and from a young age he showed aptitude for sports, especially for basketball. As soon as he had the opportunity to join the LNBP he sought out the team in his region. He also participated in teams such as Caborca ​​miners and Gigantes de Jalisco, both from the Pacific Coast Basketball Circuit. His talent earned him to play in international tournaments representing Mexico.

In accordance with Oscar Cervantes Guerrero, brother of the missing athlete, counted for The universal that Alexis was always an outstanding athlete and that in addition to his studies, he professionalized in basketball.

“Since college, professional sports is the only thing my brother has done; He was a World Cup player since he was in the CEU (Center for University Studies) from New Lion”, He recapitulated The universal.

On Sunday morning, the Attorney General of the State of Michoacán (FGJE) issued the disappearance file of Alexis Cervantes (Photo: Twitter / @ FiscaliaMich)

After finishing the season with the Liberators of Querétaro, Alexis participated in an amateur tournament; his representative invited him to participate in regional games in Tancítaro and Los Reyes Michoacán. The last one he attended was the Zirimbo League. He was in the area from December 5 to December 21 when he prepared to travel with his family.

I agree with you reports from the authorities, Alexis Francisco He agreed to meet with his family in Guasave, Sinaloa to spend Christmas and the end of the year holidays. However, it did not come. The line bus First plus did not reach its final destination and returned to Michoacán, so the basketball player chose to take a taxi.

He notified his family of his decision to go to his place of origin, but according to the family told different media, they no longer heard from him from that moment. Via social networks, the official Mexican basketball account shared a message from the family:

“We ask people who have it to consider my brother’s situation, he has no problems with anyone, has always been dedicated to sport. For us it is very distressingWe ask them to touch their hearts, to let him continue with his life, his career and his trade ”.

Who is Alexis Cervantes: the Mexican basketball player reported missing