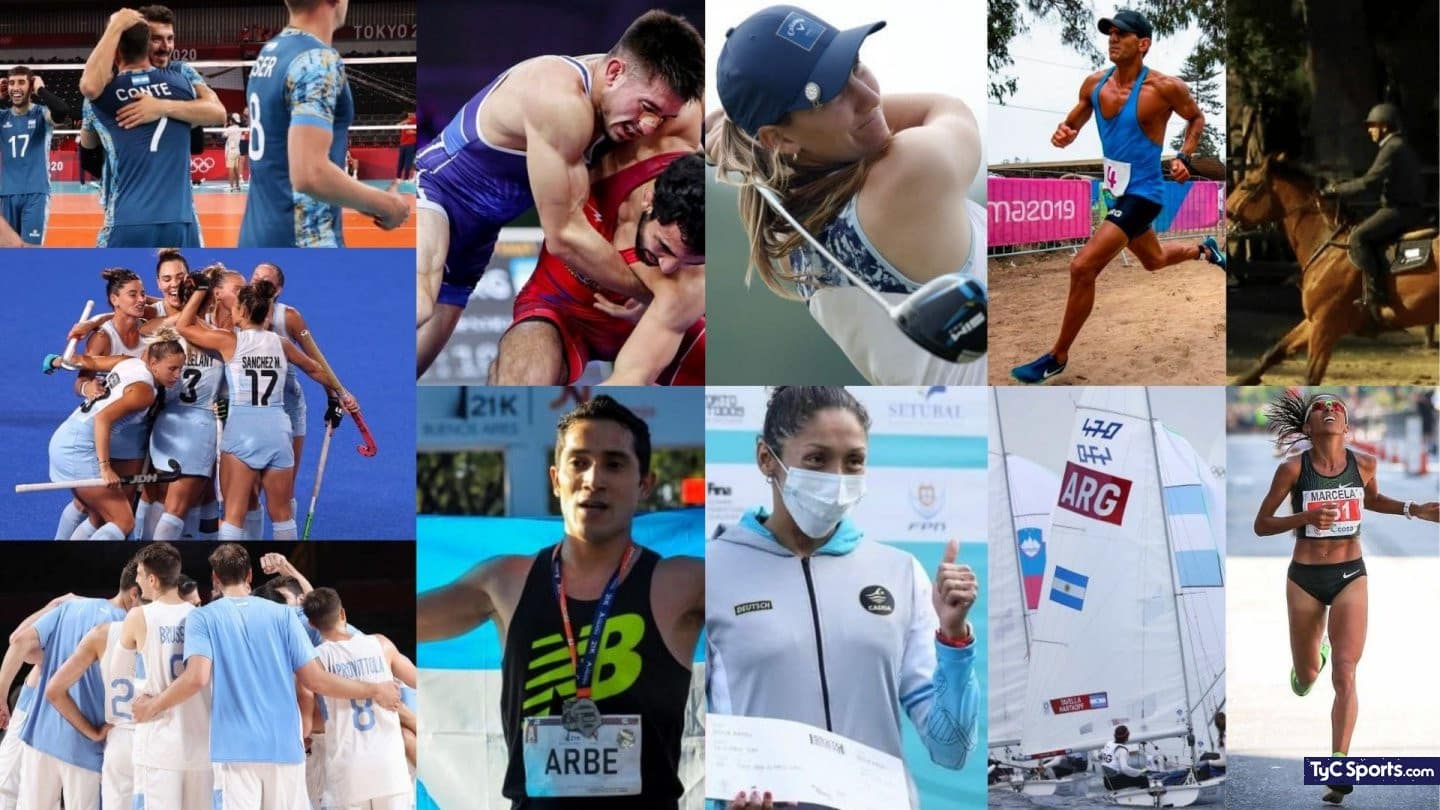 The Olympic Games enter their last days of competition and we show you how the calendar of Argentine athletes continues in Tokyo 2020.

With the start of the second week, the Olympic Games enter its final stretch and there are several Argentines waiting to debut in Tokyo 2020, in golf, horse riding, modern pentathlon, open water, wrestling and marathon.

The definition is also coming for those who still have a chance to get a medal. Argentina continues with chances to get on the podium in women’s hockey, men’s basketball, and men’s volleyball; the candle will also try to extend in Tokyo 2020 its harvest of consecutive medals that it has achieved since the Olympic Games in Atlanta 96 and Agustin Vernice he got into the semifinals in canoeing.

Which Argentine athletes still have to make their debut at the Tokyo 2020 Olympic Games?

The next sport that will have the debut of an Argentine will be the horse riding Y Jose Maria Larocca It will be presented this Tuesday in the jumping event, in which Argentina will also compete in teams.

That same Tuesday, Cecilia Biagioli awaits your presentation in open waters Y Magdalena Simmermacher will make history by becoming the first Argentine golfer in the Olympic Games; debuts on the day of August 3 will close with Rubén Rézola in canoeing.

Then on Thursday, August 5, Sergio Ali Villamayor will start your participation in the modern pentathlon and another that will have its Olympic debut is Agustín Destribats in fight.

While, the last to show up will be the marathoners: Friday will be the turn of Marcela gomez and on Saturday they will Joaquín Arbe and Eulalio Muñoz.

When do team sports compete at the 2020 Tokyo Olympics?

On Tuesday, August 3, The men’s volleyball and basketball teams will play for the quarterfinals and they will try to get a victory to secure the chance to have two matches for a medal at the Tokyo 2020 Olympic Games.

At five in the morning, volleyball will face Italy and a while later, at 9 o’clock in our country, basketball will play in the quarterfinals in view of the representative of Australia.

The lioness, meanwhile, they are already in the semifinals and they will have two chances to get a medal. The women’s hockey team will face India and he still does not know the schedule: it will be Tuesday at 10:30 p.m. or Wednesday at 7 in the morning.

What other medal chances does Argentina have in the 2020 Tokyo Olympics?

In the sports that are already in competition, in addition to the collectives, the Argentine delegation has chances of getting a medal in sailing and canoeing.

Facundo Olezza is in the Finn class Medal Race and in the 49er FX they are in the definitive race Victoria Travascio and María Sol Branz. While, Agustin Vernice he got into the semi-finals of the K1 1000 in canoeing.