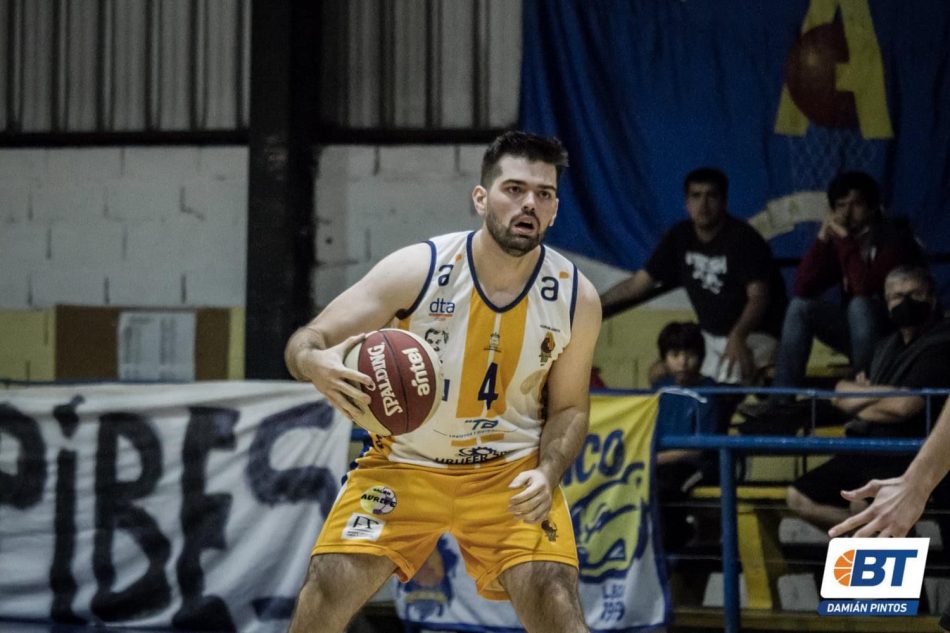 On the Auriblanco court, the local received San Telmo Rápido Sport in what, a priori, seemed like it was going to be a great game. The local faced the game with the loss of Martín Mayora, while during the visit there was the question of whether Matías Nicoletti could play.

The owner of the house was planted in a 2-3 zone with which he complicated his visit from the first minute. With a strong presence of Claudio Charquero in the painting, added to the intense work of Santiago Meinero and Bruno Acosta, Auriblanco managed to steal several balls in the front row and damage with running points. San Telmo RS was kept alive exclusively thanks to Andrés Piñeiro, who scored 70% of his team’s points in the fourth. Finally, the first one closed with an advantage for the premises by 24-17.

The second quarter dawned with a 9-0 run in favor of Auriblanco, a product of the good income from “Dessert” Pereira and Iñaki Erroizarena. In this way, the local managed to open 16 difference (maximum until that moment). Javier Masner had no choice but to send Matías Nicoletti to the field, despite the fact that it was noted that he was in pain in his ankle. As of his admission, the Cardal Street team slightly improved their performance. However, on the closing Auriblanco grew again and closed the quarter winning 43-30.

Auriblanco came out better in the third, although the process was extremely difficult. The partial of the first 2:30 was just 6-0. Iñaki Erroizarena took the game for him and had a passage in which it seemed that whatever he threw was going to enter. Little by little, the place increased the difference. With 3 minutes to go, when the lead was 24, Matías Nicoletti left the game after committing his fifth personal foul. The third quarter ended with a 66-47 advantage for Auriblanco.

The last room opened with a slight reaction from the visitor. From the defense, and with a notorious rise in the performance of Agustín Fontes and Tomás De León, San Telmo RS grew and managed to hurt his rival. In the first minutes, the team led by Javier Masner imposed a partial 14-5 with which they narrowed the difference to 10. Auriblanco tried to play with the clock, attacking with short offenses, but it did not give him great results. His rival continued to narrow the lead, so much so that it reached 5 with just over a minute to go. From then on both teams alternated free throws. The final result was 88-82 in favor of Auriblanco.

Unfortunately, the end was not as easy as a basketball game should have. After the meeting ended, there was an incident between part of the San Telmo RS team and some members of the Auriblanco Board of Directors.

When everything seems screwed up …