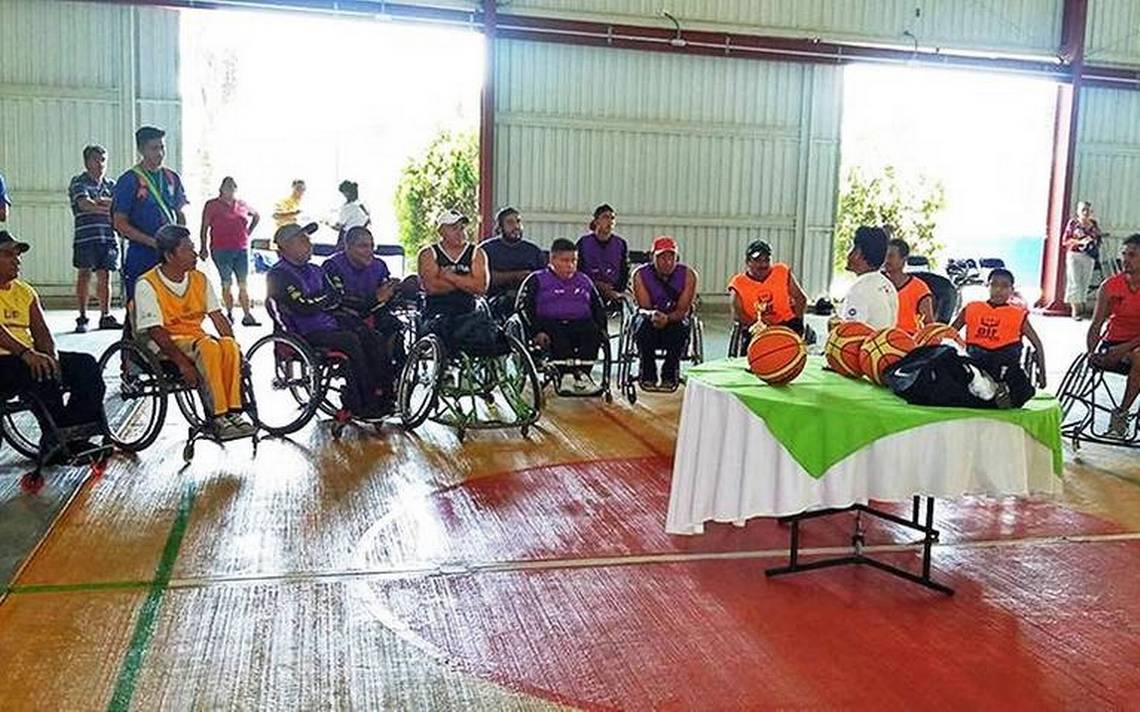 The Morelos men’s wheelchair basketball team will have a preparatory training session in Cuautla prior to their participation in the specialty’s National Quadrangular to be held on March 27 in Taxco de Alarcón, Guerrero, with the participation of teams from Puebla, CDMX, Morelos and the host Guerrero.

Noé Gamaliel Sánchez, a member of the national team, reported that he went this Wednesday to request a schedule from the “José María Morelos y Pavón” Sports Unit in Cuautla for the training of the Morelos team that is enlisting with the participation of players from at least five municipalities of the entity, including Cuautla and Cuernavaca.

The practice will be this Sunday, March 20, a week before going to the tournament in the city of silver, closing here in the heroic preparation.

The training will start at 12 noon on one of the fields of this sports complex and will last two hours.

The tournament, Gamaliel Sánchez explained, will be a regional home run with the participation of the quintets representing the four entities.

He explained that the team from the National Institute of Rehabilitation (INR) will participate in Mexico City, the Angels of San Andres in Puebla, the Hornets of Chilpancingo in the host state, and Morelos.

The tournament organized by the municipality of Taxco de Alarcón, has the endorsement of the Mexican Federation of Sports in Wheelchairs and Amputees AC.

The activity will start at 10 am at the venue, which will be the Los Jales Sports Field. The teams all against each other in a single round, adding two points for a game won and one for a game lost.

At the end of the contest, the winner will be the team with the highest number of points.

The organization has already announced the matches to be played: the opening duel will be between Chilpancingo and INR from the country’s capital; at the end Morelos debuts against the Angels; In their second game, Chilpancingo faces Los Angeles, and Morelos will do the same against INR.

To close the tournament and define the champion, at 2:00 p.m., Morelos faces the host Chilpancingo, and immediately, Ángeles faces INR.