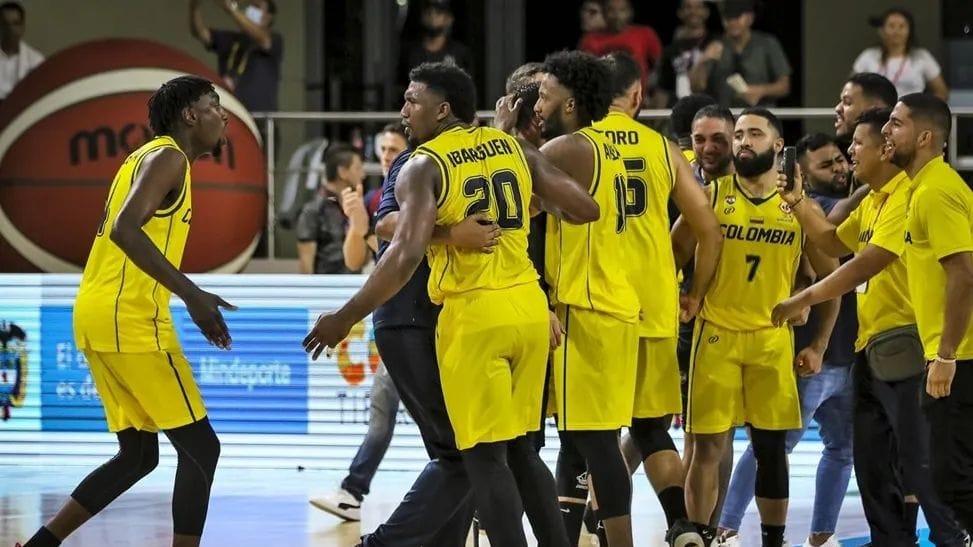 The Colombian quintet beat its similar team from Brazil in Barranquilla. Taken from @basketballcolombiano

Colombia continues adding victories in the sports field, not only in the Bolivarian Games of Valledupar, where with two days to go to complete the jousting, the country was crowned champion in advance, but also in basketball. The coffee team gave the country one more joy by making history in the FIBA ​​Americas Championship on Sunday, July 3.

After beating Chile 67-66 the previous day, the quintet led by Guillermo Moreno Rumié, faced Brazil at the Elías Chegwin Coliseum in Barranquilla. He had to defeat his opponent yes or yes to continue in the race to get a place in the World Cup that he will play next year in the Philippines, Japan and Indonesia.

A defeat against the Brazilians meant goodbye to the dream of qualifying for the orbital competition. The same way, Colombia faced a demanding rival that they had never beatenso the challenge was greater but not impossible.

The night of July 3 was for the Colombian Basketball team to accomplish the feat by winning a vibrant match of ups and downs against Brazil with a score of 104 to 98. The game in sandy He had two mistimes to find out the winner between both sides that made the fans explode with joy, who supported the Colombian team until the end.

You may be interested in: Independiente Santa Fe would not register a team for the next edition of the Women’s BetPlay League

Nevertheless, Colombia would not depend on itself to continue with chances of fighting for a place in the next basketball world cupbecause in addition to beating Brazil, they had to wait for Uruguay to beat Chile and so it was, the charrúas They narrowly won the austral 75-65.

One of the stars of the match was Juan Diego Tello of Movistar from Spain, who had a record of 26 points, 10 rebounds and 5 assists, while the player from KK Partizan from Serbia, Braian Angola, also did his thing contributing 20 points, 5 assists, 10 boards and 4 steals. For his part, Andrés Ibargüen, who works in Spanish basketball for Club Bàsquet Prat, contributed with 17 points and 12 rebounds.

The star of the Colombian team, Braian Angola, praised the support of the Barranquilla public after the historic victory against Brazil and hopes that the Golden Gate of Colombia continue to be the home of the coffee quintet for the next meetings. “Barranquilla is an incredible square. It was my first time here and I loved the people. I hope that for the next round this will continue to be the home of the National Team”.

The national coach, Guillemos Moreno, highlighted the role played by his pupils in the woodwork, who never lowered their arms and finally took the victory. “We are very happy with the achievement. It is an achievement for the preparation we had and because the boys gave themselves. Today we had patience, temperance and we didn’t let emotions take over. When we were down we did not lose our essence. It’s an incredible win against perhaps the best team in South America right now. This is a message for them to believe in our potential.”

In the next phase of the qualifiers, it will be played between August 25 and 29 and the game system will be with two groups of six teams and each team will keep the units they got in the first round. Colombia will be part of Group B along with Brazil, Uruguay, Mexico, Puerto Rico and the United States.

Néstor Lorenzo is champion with Melgar, but he is already thinking about the national team: “I have a difficult challenge in Colombia”
Once Caldas announced a great reinforcement, the son of Marcelo Gallardo arrives at Colombian football
The great absences in the call of the Colombian women’s team for the Copa América