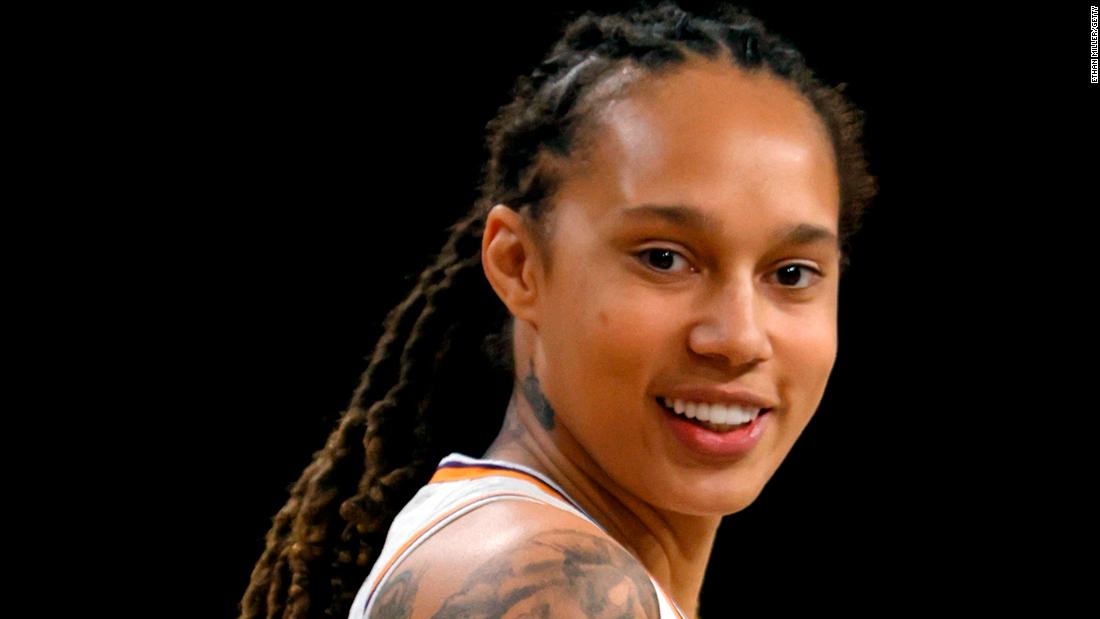 (CNN) — There are a lot of details we still don’t know about the WNBA star’s arrest Brittney Griner in Russia. But there is much we can learn from the experiences of Americans who have been detained there in the past.

The country’s strict anti-drug laws also offer some hints of what might be next for Griner, experts say.

Some experts who spoke to CNN were quick to connect Griner’s arrest to the larger geopolitical picture, warning that it is likely to be used as a bargaining chip in days to come. Others say it is premature to draw any connection between the drug charges Griner faces and tensions over Russia’s invasion of Ukraine.

Here’s what experts say are some key things to keep in mind:

Drug laws in Russia are strict

Russia’s federal customs agency says a criminal case is ongoing, and state media reports say Griner is charged with drug smuggling after cannabis oil was allegedly found in her suitcase at a Moscow airport.

Those are serious charges, given how strict Russia’s drug laws are, says William E. Butler, a professor at Penn State Dickinson Law.

“Russia has, and has had for many decades, a zero-tolerance attitude towards narcotic substances, so it is a serious crime,” he says.

The crime Griner is charged with carries a possible sentence of 5 to 10 years in prison, Butler says, in addition to the possible imposition of a fine.

Brittney Griner of the Phoenix Mercury has been detained in Russia for weeks.

False accusations are a possibility

But it’s also important to consider another possibility, says Peter Maggs, a law professor at the University of Illinois and an expert on Russia’s civil code.

“There have been many reports of planting substances on people, particularly from human rights defenders,” he says.

And a February State Department warning urged Americans to avoid traveling to Russia, noting the risk of arrest.

“Russian security services arrested US citizens on trumped-up charges, denied them fair and transparent treatment, and sentenced them in secret trials and/or without presenting credible evidence,” the warning reads.

Prison conditions have been criticized

Authorities have not said where Griner is being held, and her family has not said anything about the details of the case. But her arrest has drawn attention to two other Americans detained in Russia: Paul Whelan and Trevor Reed.

Both the men and their families have denied the charges against them and have criticized their treatment during their detention.

Whelan, a former US Marine, was detained in a Moscow hotel in 2018 and arrested on espionage charges, which he has consistently denied. He was found guilty and sentenced in June 2020 to 16 years in prison in a trial widely denounced as unfair by US officials. In a call with CNN in JuneWhelan described the harsh conditions of the remote labor camp where he spends his days working in a clothing factory he called a “sweatshop,” saying, “Getting medical care here is very difficult.”

Reed, a former US Marine detained in Russia since 2019, was sentenced to nine years in prison in July 2020 for endangering the “life and health” of Russian policemen after a night of drinking, according to the state news agency. TASS. US Ambassador to Russia John Sullivan called the trial “theatre of the absurd” after Reed’s 2020 sentencing.

Trevor Reed inside the defendants’ cage during a 2020 court hearing in Moscow.

In recent calls to his parents from the Russian prison where he is being held, Reed said he had been coughing up blood, had intermittent fever and chest pain, according to his father. His family is concerned that he has tuberculosis. In a statement Thursday, Reed’s parents they said they were concerned that he would be sent to solitary confinement instead of receiving medical care.

“It’s hard to explain the panic we felt after hearing her voice today,” her parents said.

CNN has reached out to the Russian Federal Penitentiary Service for comment.

Nick Daniloff, an American journalist who was detained in the USSR in 1986, told CNN that he has questions about where Griner is being held.

Daniloff, who was jailed for weeks in solitary confinement while officials negotiated his release, says he believes his prison roommate was tasked with reporting his behavior to authorities, and Griner could find himself in a similar situation.

American reporter Nicholas Daniloff holds up a T-shirt after being released from Russian detention in 1986.

Griner must have access to an attorney and consular representatives

But a US lawmaker told CNN Thursday that consular officials have been unable to meet with Griner.

“We only know that she has been held for three weeks with no official government access to her, which is really unusual and extremely concerning,” Allred said.

CNN has reached out to Russian officials regarding Griner’s consular access, but has not heard back.

The State Department has declined to provide details about the case, citing privacy considerations.

“We are aware of this case and are very committed to it,” a State Department spokesman said in a statement Thursday.

This is clear: the moment is terrible. In the days after Griner’s arrest in February, Russia invaded Ukraine and tensions between Russia and the United States escalated.

“It’s hard to imagine a more difficult negotiating environment than this,” says Philip Mudd, a CNN counterterrorism analyst who used to work for the CIA. “We have the difficulty of diplomatic negotiations with the Russians, who we don’t trust, obviously, superimposed on the fact that we are involved in the war and the Russians don’t trust us. I don’t see how it could be more difficult than this at this point.” .

The war in Ukraine “makes everything more complex” and will make the Russian authorities even more inclined to manipulate the situation, says Nikolay Marinov, a professor of political science at the University of Houston.

“They will be less forthcoming and less cooperative, and it may be a while before they provide more official information,” he says.

A trial can be quick, but appeals can be long

Authorities have not said when, or if, a trial in Griner’s case might take place. Legal experts told CNN a trial could proceed quickly, but appeals can be lengthy.

“Usually when the facts are relatively simple, one would expect things to move very quickly. They have the airport expert witnesses, they have the physical evidence, they have the lab report,” says Maggs. “That shouldn’t take long. But appeals can take all kinds of time.”

US citizen Paul Whelan attends a 1020 sentencing hearing at the Moscow City Court.

He cites as an example the recent case of American businessman Michael Calvey, who concluded more than two years after his first arrest. Calvey was found guilty of embezzlement, a charge he denied.

There may be an ‘off ramp’

Despite the serious charges Griner faces, there could still be an “off ramp,” Butler says: Authorities could decide to charge Griner with possession rather than smuggling.

“If they decided he made a mistake, went over the green line instead of the red line (at the airport), didn’t declare it, they could treat it as an administrative offense rather than a criminal offence.” he says. “If they did that, they wouldn’t charge her with smuggling, they’d charge her with…possession.

If that were the case, I would be subject to a fine and likely deportation.”

But Butler emphasizes that there is much we still don’t know about the Griner case.

“It’s very difficult to judge from the outside… In this case, we really know very little about the actual events and what has happened since the arrest occurred,” says Butler.

A prisoner exchange may be possible

In the past, when Americans were detained in Russia and other countries, their release was negotiated as part of a prisoner exchange.

“In my case, the FBI arrested a Soviet man in New York for espionage, and then the Russians arrested me. I was nearing the end of my assignment in Moscow (working for US News and World Report) and… there was a negotiation that involved my release, a settlement for the guy who got arrested in New York, and there were a few other elements that came into play as well,” recalls Daniloff.

At the time, Daniloff credited President Reagan with pushing for his release.

“This was a very complex situation, and if it hadn’t been for President Reagan’s very deep and personal interest in my case, it would probably be a few years before I was able to stand up in front of you and say, ‘Thank you, Mr President,'” Daniloff said at a news conference with Reagan after his release in 1986.

Could a similar deal be made for Reed, Whelan and Griner?

“The question is do we have enough to trade for three Americans? But a deal is a deal, and Putin will be ready to make a deal,” says Mudd. “If we have Russians that he wants, I don’t see why it’s worth avoiding a negotiation just because we’re at war.”

Marinov says the Griner case is just one small piece in the larger geopolitical picture. But there is no doubt, he says, that Russian officials are contemplating how to use it to their advantage.

“I’m sure they have 10 plans right now for how they can exploit this and what kind of spin can they put on it, what maximum advantage can they get,” he says.

Cases like Griner’s have been settled through negotiations in the past, he says.

But how long that might take in this case, he says, is another unanswered question.

What could happen to Brittney Griner after her arrest in Russia