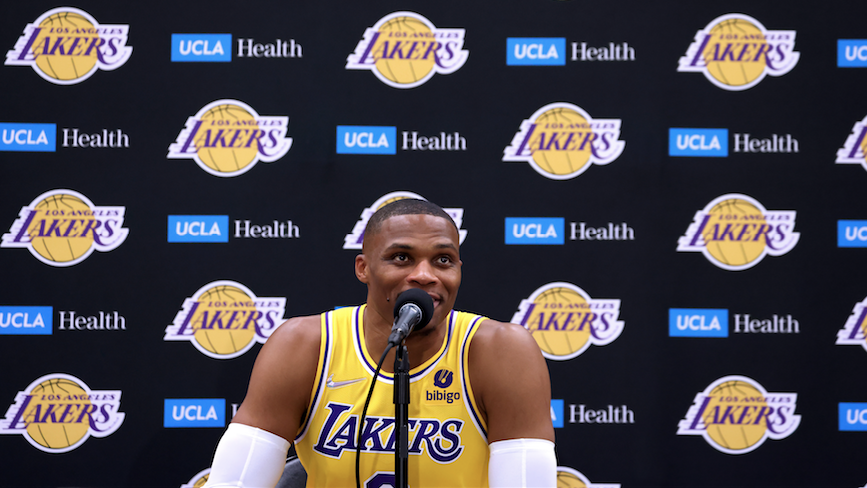 EL SEGUNDO, California – After he and Lebron James took to the court for the first time for a joint training this summer, Russell westbrook He said that one thing was very clear to him.

“It’s going to work,” Westbrook told ESPN on Tuesday during the Lakers’ media day, which was held at the team’s practice facility.

Westbrook and James shared some sweat in a Beverly Hills high school gym in mid-August, nearly six weeks before James brought Westbrook and the rest of his teammates together for a casual workout and bonding trip in Las Vegas last weekend.

While James, 36, is only four years older than Westbrook, 32, his career has included four titles to none at Westbrook. In fact, James’ first ring came at Westbrook’s expense, as the Miami Heat defeated Westbrook’s Oklahoma City Thunder in the 2012 NBA Finals.

“Of everyone else, LeBron knows what it takes to win a championship,” Westbrook told ESPN. “My understanding of commitment, understanding of the sacrifices that we will both have to make, including myself and [Anthony Davis] also to improve the team and find ways to win a championship. And that is the end goal. Therefore we cannot be distracted, we cannot dissuade ourselves from our ultimate goal. “

While they don’t have a championship count in common, there are bonds that come together when it comes to their playstyle. Westbrook has the most triple-doubles in League history with 184 and James is the only player to average a triple-double in a Finals series. Westbrook led the league in assists last season; James was the leader in assists two seasons ago.

And Westbrook believes that James can help him improve even more.

“When you have the opportunity to play against one of the greatest players of all time and consistently, that helps my game,” Westbrook said. “It helps me prepare, it makes me focus more on the things that I need to focus on to get to a point where I can sit back and say, ‘I’ve accomplished all that I can accomplish in this League and now I’m lucky enough to be able to playing alongside him. So I’m looking forward to that, I’m looking forward to the things we can accomplish together this season. “

“Right away, it picks up our pace,” James told ESPN. “He’s always in the top five in terms of pace. Whatever team he’s with, to be able to go out and be able to come out on the fast break and be able to try to get some early shots before the defense sets in. That creates it. But He’s also a resounding playmaker. I think what a lot of people don’t talk about in his game is how amazing he is as a passer. Everyone sees rebounds, everyone sees points and things of that nature, but his ability to improve on the guys around him, that’s not much talked about. We all hope for that, being his teammate. “

James and Davis attempted to recruit Kawhi leonard to join them as a third star in the summer of 2019. Leonard chose the LA Clippers and the Lakers won it all anyway, with James and Davis making a fantastic tandem. So why did the Lakers feel the need to expand their superstar count to a trio this offseason?

“Well, I think Russ wanted to come home and we were able to do it,” Davis told ESPN. “There was no hit to the team last year, because we don’t know how well we could have been with all the injuries. And when Russell came up and said he wanted to go home, we found a way to make it work.”

The exchange worked, with LA sending Kyle kuzma, Kentavious Caldwell-Pope, Montrezl harrell and his 2021 first-round pick to the Washington Wizards in exchange for the former MVP.

And just as Westbrook realized after his first practice session with James, Davis also believes the pieces are meant to fit together.

“Having a player like that, who is going to bring energy every night, on the defensive end, I think it’s something we had to take a chance on,” Davis told ESPN. “And he’s excited, we’re excited to have him.”