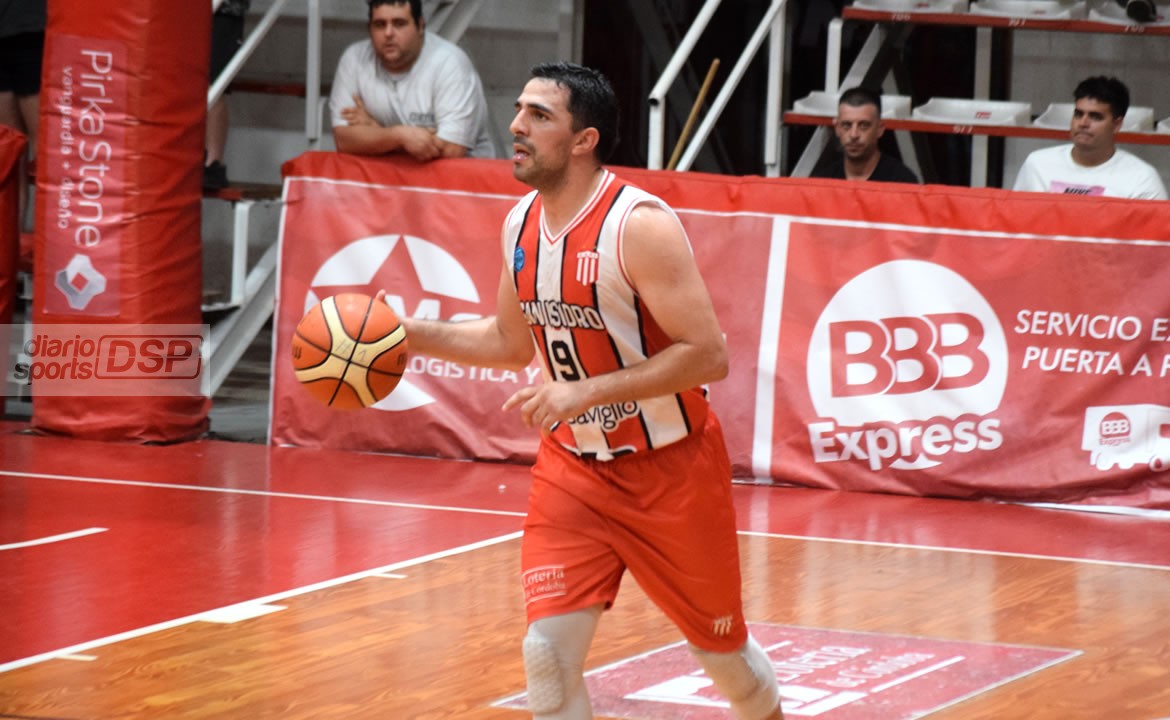 Without hesitation and with all expectations. Milton Vittar is the captain of this San Isidro who today travels to Buenos Aires to face the Super 8 Tournament from Thursday after having won his Group D. The santiagueño spoke with DSP in the run-up to a difficult game against the leader of the Southern Conference.

Milton Vittar is the most experienced of the young San Isidro squad. At just 30 years old, he is the one who has the responsibility of giving the team the leap in quality with his game intelligence at key moments.

The Santiago base, knows that the Super 8 Tournament is a “prize” for effort, which is not the main objective, but now it has taken on greater prominence after having concluded 2021 of the Regular Phase of the Argentine League itself. Red is third in the standings and is emerging as one of the great animators.

“I think that the two games we played this weekend were important to keep the home team strong and continue in the top positions. Luckily they were able to stay at home and now to fully think about Super 8, which I agree with our coach that this is a reward for effort, for the results we obtained to get there. Now we have to go play it and do our best to get to the title. “

San Isidro is making his debut against Deportivo Viedma on Thursday at 6:30 p.m. at the San Lorenzo stadium. The people from Rio Negro are the leaders of the Southern Conference with 15 wins and only 3 lost in all of 2021/2022.

The solidity, the aspect to improve

San Isidro’s strength suffered ups and downs in the 18 games he has played this season. Although he has an important record of 12 wins and 6 losses, his identity was changing, mainly in the defensive aspect, one of the strengths that characterizes him: “After the match at Ceres we talked a lot that we needed to resolve situations that we had stopped doing, about the intensity that we proposed, to return to being the same team from the first games and I think that both with Echagüe and against Colón that change was noticeable. We have to go to Super 8 with that idea to have a plus over the rivals “Vitttar explained.

“We have ups and downs, which are correctable. It is a very young team and we have to know which are good decisions and which are bad at certain times. As the games go by we have to learn, we have little time to train with all the games we play and that is where we learn the most; but it is good that we are many kids to have a long rotation and always be intense “.

The tournament that has the 8 best teams after the First Phase of the Argentine League is simple, if you win you go on and if you lose you go home. Quarterfinals on Thursday, semi-finals on Friday and the grand final on Saturday. The champion will get half a place in the South American League 2022.

“We are going to win, now that we have passed these two very important games, Super 8 is becoming extremely important, we are going to win game by game. It’s a nice challenge and we want to make the most of it. I like to win, one wants to win in each competition that we touch; It is good that San Isidro has this award and we are going to win, planning the games as we always do, with intensity and without letting the rival play. We talk a lot with the boys and we all agree that we want to win the Super 8 and then go to spend the holidays with our families and then face 2022 with the best energy “Milton concluded.

“We want to win the Super 8” – DiarioSports – San Francisco